Shanghai Proton and Heavy Ion Center said it continued to provide cancer patients with timely treatment under strong pressure during the COVID-19 pandemic.

It increased the number of patients who received its high-end radiotherapy treatment by 20 percent from January to May, compared with the same period last year.

The center, which uses cutting-edge proton and heavy ion beams to target and kill cancerous tissue without harming healthy tissues and cells, is the first facility of its kind in China and only the third in the world.

As one of the first batch of hospitals influenced by the city's lockdown measures starting in late March, the facility in the Pudong New Area said it never stopped operations.

To ensure patients' safety and treatment effects, each person received assistance to manage and follow their schedule, treatment and follow-up monitoring. The hospital said it made full use of its Internet service to arrange outpatient online consultation and multidisciplinary services for their convenience.

The pre-radiotherapy evaluation and preparation period were shortened to within seven days to save patients' waiting time for hospitalization. The hospital also dispatched special vehicles to transport patients under closed loop to solve traffic access difficulties during the lockdown and ensure treatment.

Over 400 patients were discharged after receiving radiotherapy in the hospital from January to May. 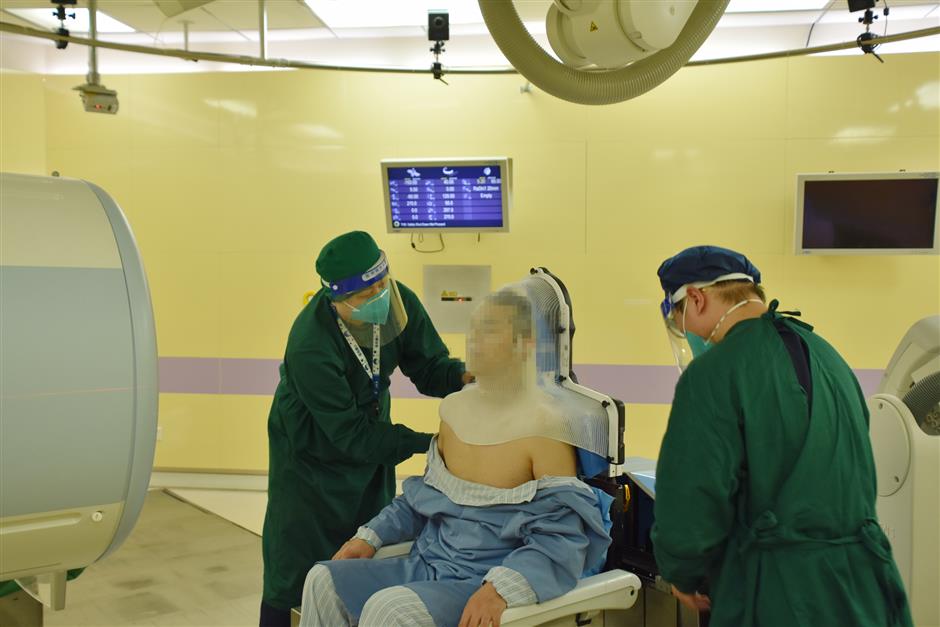