Trash-sorting becomes way of life in Shanghai despite pandemic 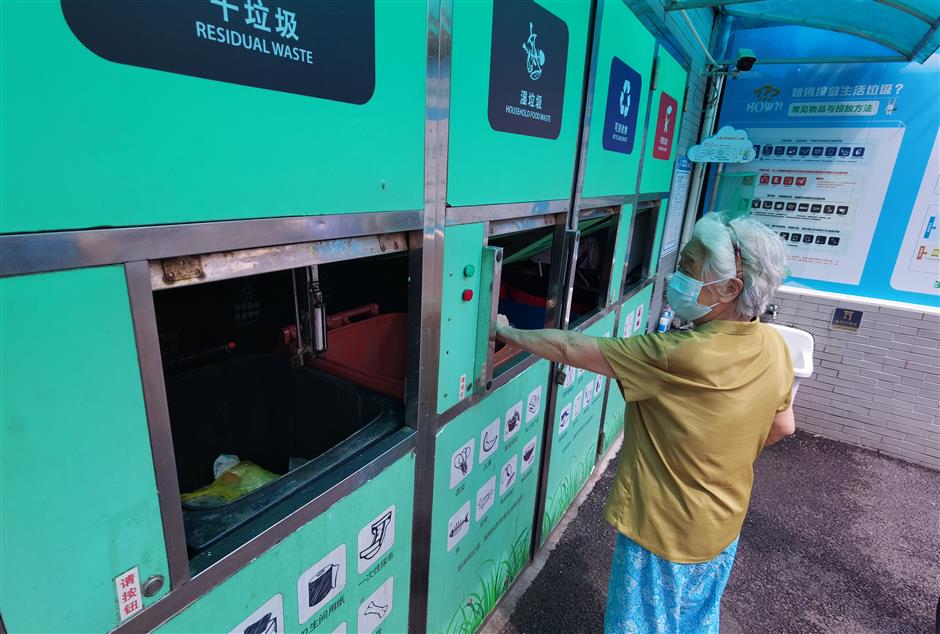 A senior resident disposes trash into a bin for wet waste at local community in Shanghai. 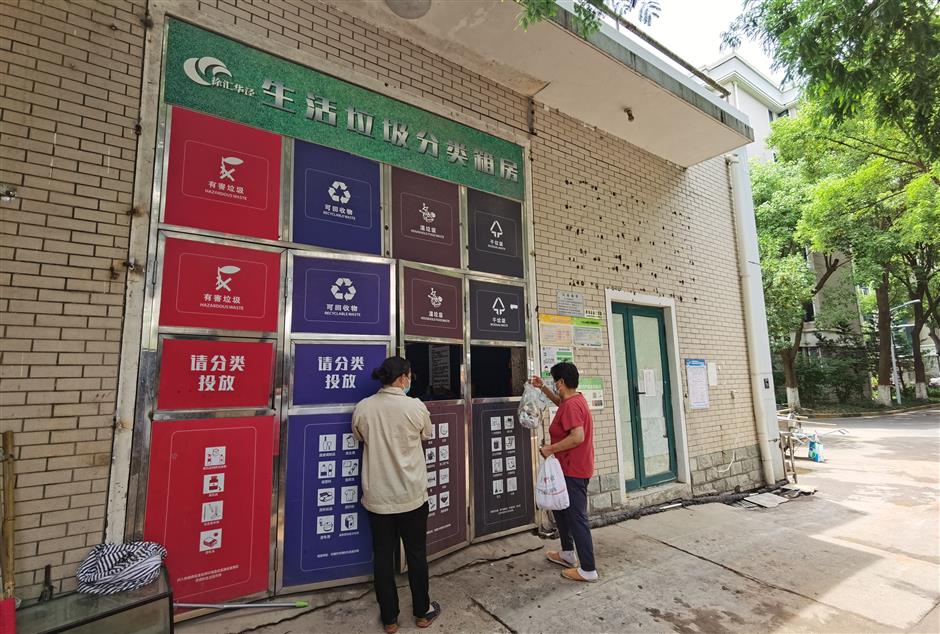 A resident disposes trash into different bins in Xuhui District.

Lu, in her 40s, has stuck with the habit of sorting trash for four years, and even during the COVID-19 pandemic lockdown in April and May, she carefully separated wet kitchen waste from dry trash and put them outside her home in two separate bags, and kept empty plastic bottles which are recyclable waste.

"I have formed the trash-sorting habit," she said. "Separation ensures a tidy environment."

"At the beginning, it was not an easy job because I needed to keep the classification of different types of trash in mind, but now, I am good at it," Lu observed. "I think the environment at home has also improved thanks to garbage sorting."

A Japanese lady, who only gave her surname as Yamaguchi, gave the thumbs-up to the city's trash-sorting efforts. "Waste-clearing facilities and services in Shanghai are really good, and it is convenient to do the sorting," said Yamaguchi, from Fukuoka, who has been living in Shanghai for years.

Shanghai has made remarkable progress in its trash-sorting campaign over the past three years since its garbage classification regulations went into effect on July 1, 2019, despite the impact of the COVID-19 pandemic, local greenery and public sanitation authorities said.

Overall, the trash-sorting performance of 95 percent of working units and residential complexes in the city is up to standard.

During the lockdown period, despite the difficulties, some residential communities stuck to garbage sorting, and the city's waste-sorting practice sprung back to near-normal quickly after June 1 when the lockdown was lifted, according to the Shanghai Greenery and Public Sanitation Bureau. 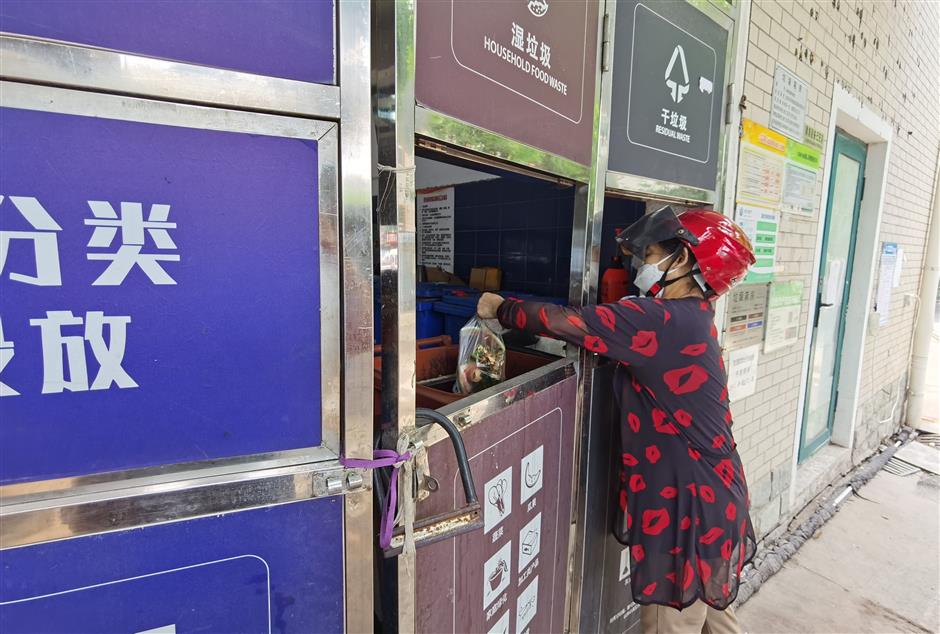 A resident dumps trash in a Xuhui community.

Among the 13,000 residential communities citywide, 98.4 percent have basically resumed household trash sorting, according to the bureau.

"Over the past three years, residents' disposal, consumption and living habits have changed, and the city's environment has improved as well," said Tang Jiafu, deputy director of the bureau.

"Although COVID-19 put some kind of a halt on trash sorting in the city, the campaign is getting back on track quickly."

"Some residents believe that normal life is back with the return of trash sorting," she pointed out.

Between July 2019 and May 2022, a total of 9,446 tons of wet garbage was separated daily on average in the city, soaring 72.9 percent from the first half in 2019 before the regulations came into effect.

An average of 6,141 tons of recyclable waste was sorted daily, growing 1.3 times from the first half in 2019, while 2 tons of hazardous trash were collected daily, soaring 13.9 times from that between January and June in 2019.

The city's whole-chain sorting system has been basically established, the bureau revealed.

About 21,000 disposal sites have been renovated, and more than 5,000 vehicles used to transfer different types of trash are now in place.

In total, about 15,000 collection stations of recyclable trash have been built citywide.

The bureau said authorities will step up crackdown on irregularities involving small packs of trash, improve the application of digital approach on trash sorting, break the recycling bottleneck and beef up the establishment of terminal handling facilities.