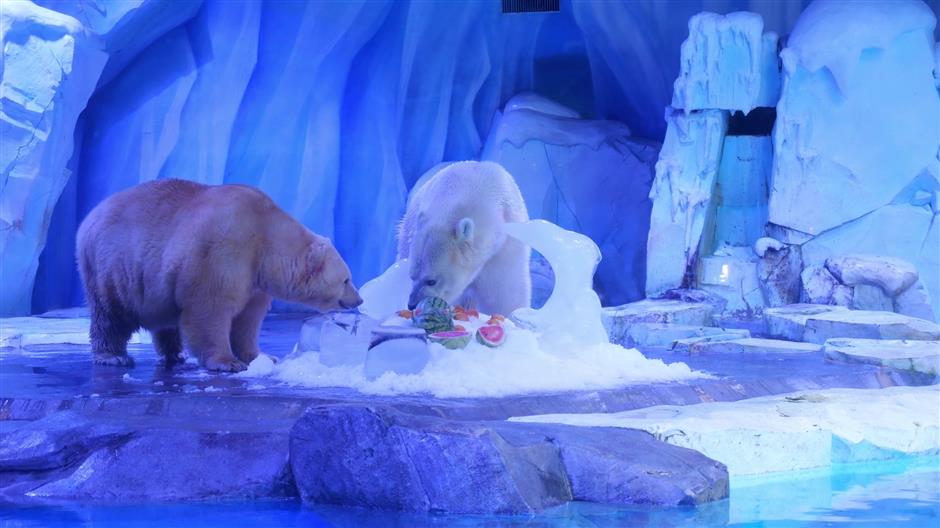 Polar bears at the Haichang Ocean Park cool down with watermelons. 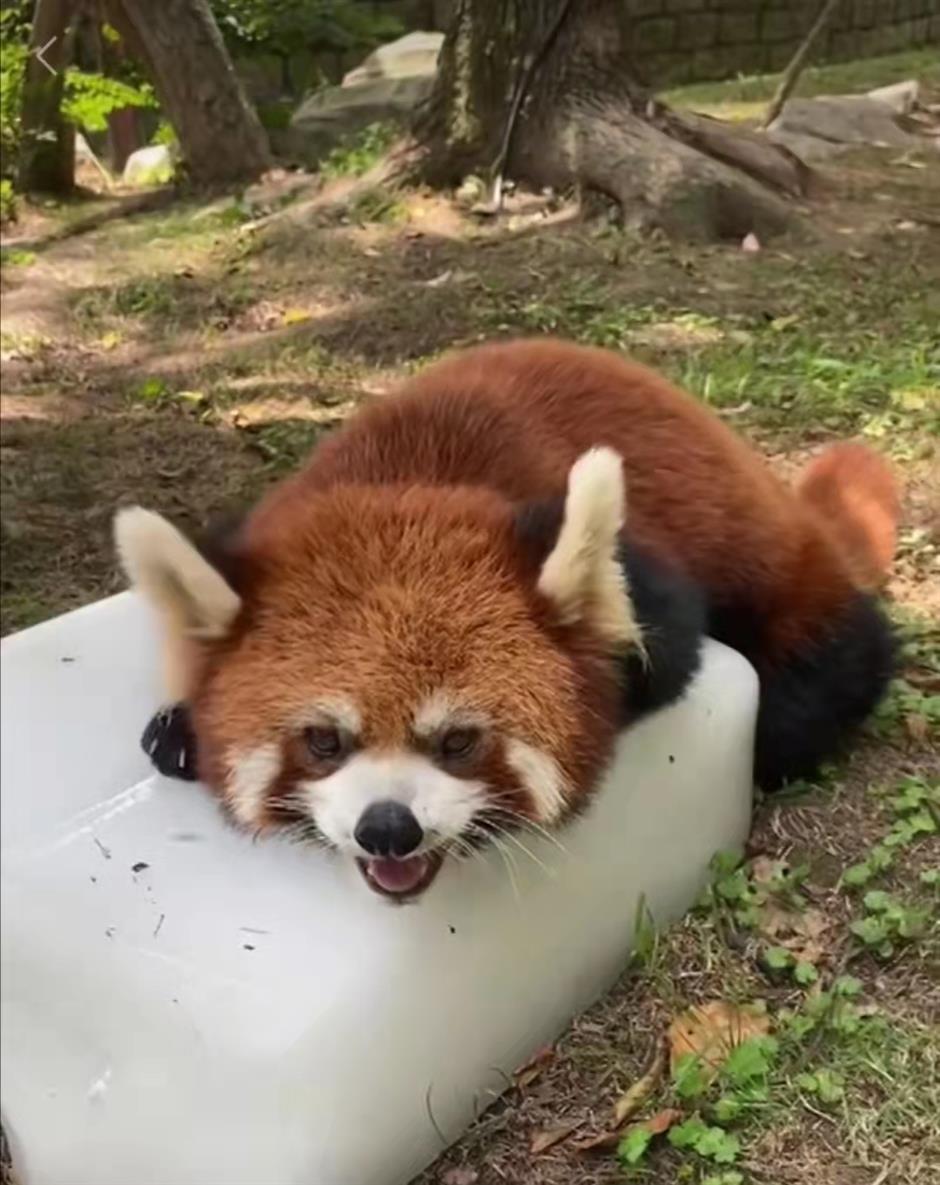 A lesser panda lays on an ice cube at the Shanghai Wild Animal Park.

While we are all enjoying air-conditioning amid the scorching temperatures, the animal residents at city parks found plenty of ways to beat the heat. From ice cubes to special summer treats tailored to their taste buds, they are being given cool presents to get through the summer heat.

At Shanghai Haichang Ocean Park in the Pudong New Area, a fish smoothie is served for sea lions and seals, while the summer feast for polar bears even includes some juicy Shanghai specialty fruits such as the famous Nanhui peaches, "8424" watermelons and Fengxian yellow peaches.

8424, a well-known local watermelon variety from suburban Nanhui in Pudong, is coveted for being especially sweet and succulent.

The diets of animals are adjusted in summer to ensure their healthy growth, said Huang Minhui, a polar bear keeper.

Their sumptuous banquet includes fresh fish like mackerel and herring and some summer fruits.

"The new diets increase animals' water and protein intake, and at the same time, help them cool off," Huang said. 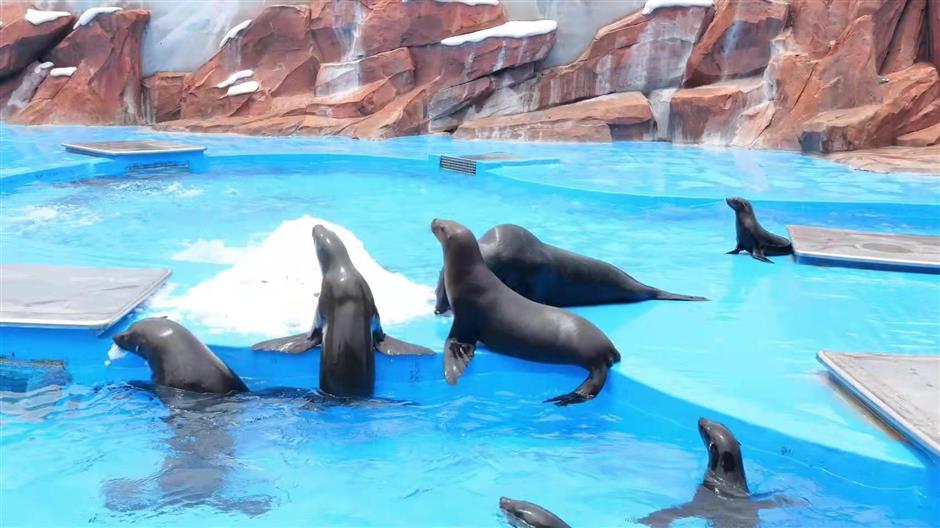 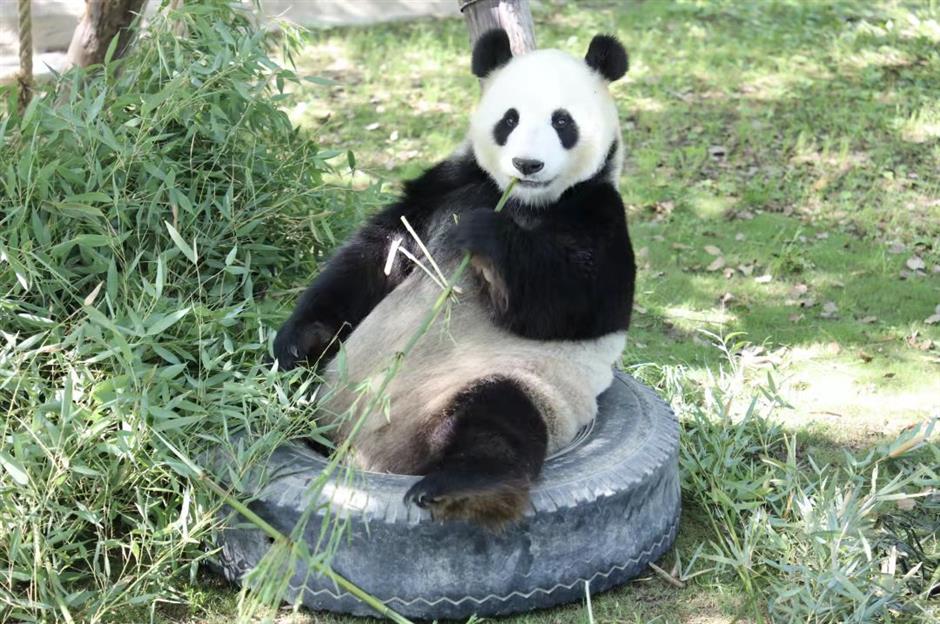 A giant panda at the Shanghai Wild Animal Park recently.

At Shanghai Zoo in Changning District, home to about 5,000 animals, workers at its central kitchen are busy making ice cubes these days.

Sprayers and electric fans have been switched on to ensure animal residents like giant pandas and alpacas have a pleasant summer.

Iced watermelons, special milk ice cream, spray facilities, and showers are also part of the treats to ensure their comfort.

At the Shanghai Wild Animal Park in Pudong, ice cubes, succulent fruits and vegetables, and rendan (a traditional Chinese medicine formulation made of ageratum, orange peel and mint) have been arranged to help the animals get through the summer heat.

In daytime, giant pandas are kept indoors with air-conditioning until they are let out after 9pm when the temperature drops below 25 degrees Celsius to ensure they have enough activity, said Ni Li, a worker at the park. 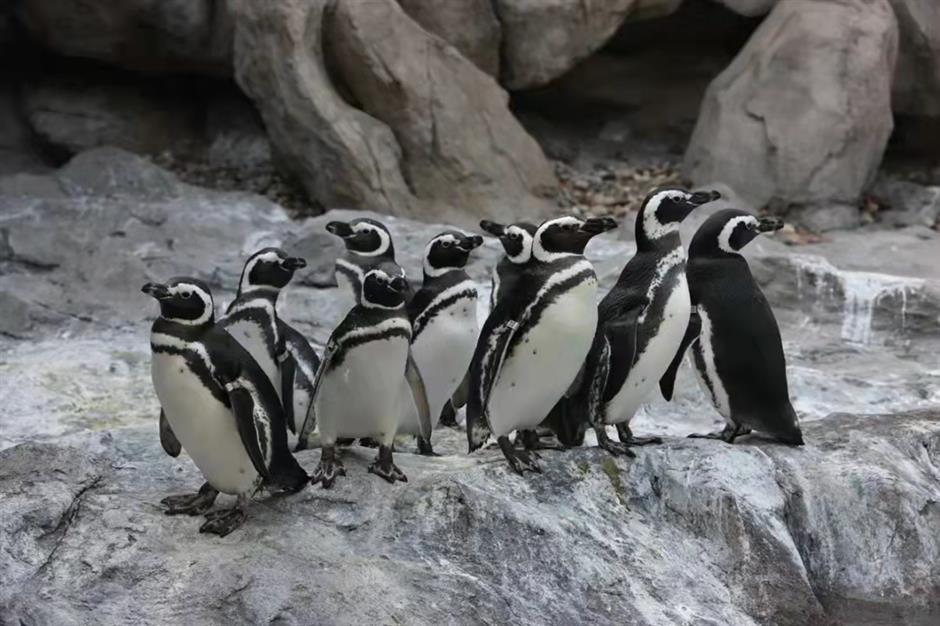 Penguins at the Haichang Ocean Park stay indoors with airconditioning.