New round of PCR screening scaled down to five districts 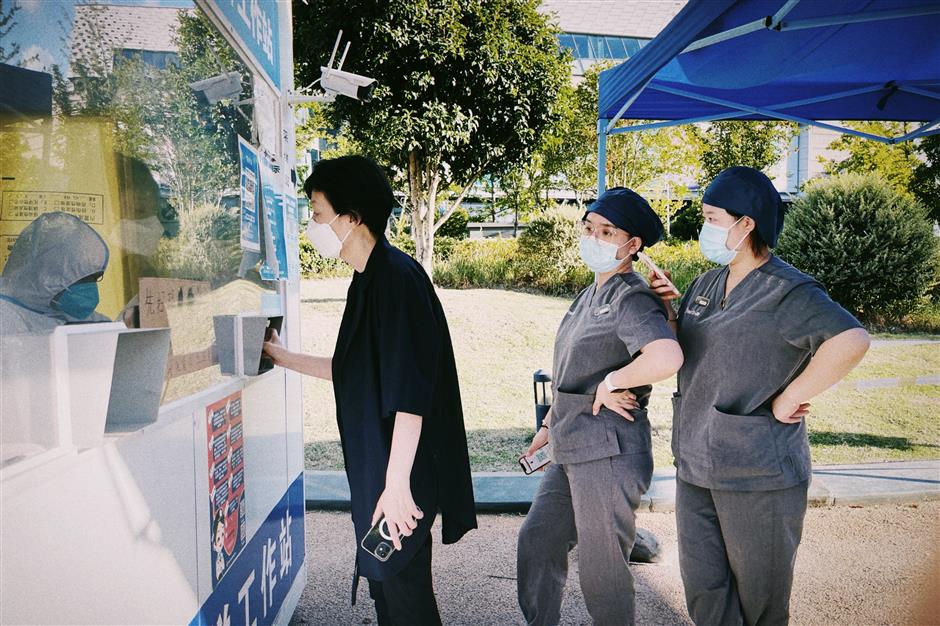 Shanghai will launch a new round of mass nucleic acid screening in five districts from Tuesday to contain the risk of transmission of COVID-19.

The scale of the weekly screening, which has been held continuously since July, has been narrowed down by half this time.

The mass polymerase chain reaction (PCR) tests will be conducted twice in Jing'an, Putuo, Hongkou, Yangpu, and Baoshan districts – as well as some parts of other districts through Thursday.

Huangpu, Xuhui, Changning and Minhang districts, where the screenings had been conducted in previous weeks, are excluded from the list.

The districts with new positive cases or subdistricts and towns where infections have been found are subject to the screening twice in three days, the city's COVID-19 prevention and control authority said on Sunday.

"Such screening aims to detect and contain the risk of resurgence as soon as possible," the authority said in a statement.

Every resident, including those in streetside shops and hotels in these districts, must receive the mandatory testing. A 24-hour negative PCR report is required to leave the community, companies, or venues during the screening.

There are currently four high-risk areas and about 50 medium-risk areas citywide. Twenty-one among them will be downgraded from Monday.

﻿
Special Reports
﻿
61922
,
61924
,
New round of PCR screening scaled down to five districts
Market supervision fine-tuned to help business
Staying cool in pool and at music festival
Curtain comes down on summer music festival
Getting to the point about acupuncture anesthesia
City's seniors on the rise, with 3,509 centenarians
Typhoon Songda brings rain and gales to city
Life in the raw as tiger cub earns its stripes
COVID-19 in Shanghai: 1 local confirmed case, 4 asymptomatic infections
Wuxi innovation competition kicks off Shanghai session
EXPLORE SHINE