Get ready for yet another heatwave to hit the city 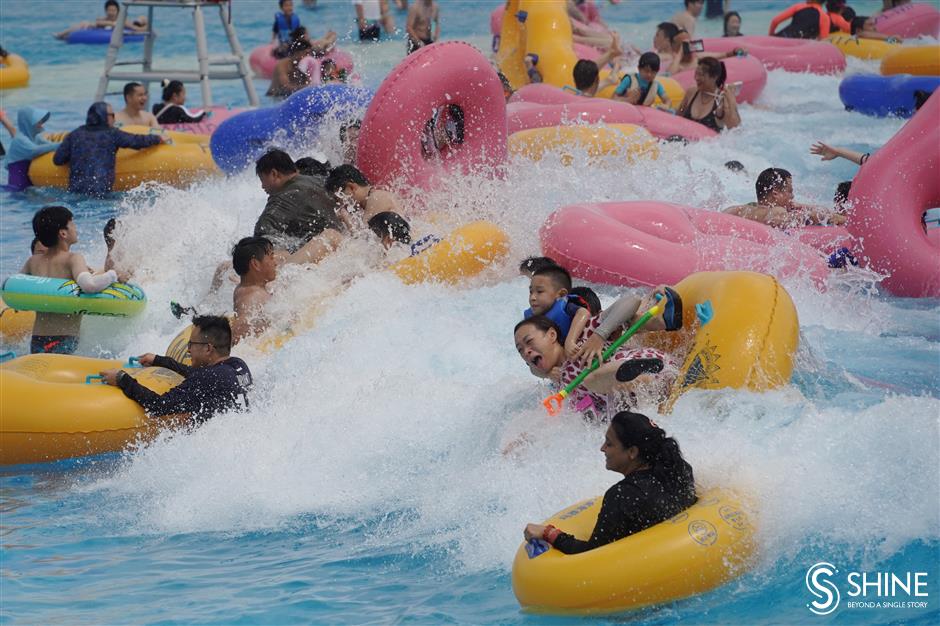 Residents cool themselves by getting into water in Songjiang District's Playa Maya Water Park.

Shanghai is bracing for yet another scorching heatwave over the next 10 days.

The mercury is predicted to soar to more than 37 degrees Celsius on Friday, and top 39 degrees from Saturday to next Monday, according to the local weather authorities.

The sizzling weather is being caused by a subtropical high pressure system, which moved north when this year's fifth typhoon, Songda, was approaching and is back to hit the city and most of southern China.

The city has experienced three rounds of extreme heat this summer with the mercury topping 40.

This year's highest temperature matched the hottest-day on record in 2017, which was the highest since Shanghai officially began recording temperatures in 1873.

Afternoon showers and lightning will accompany the heatwave.

﻿
Special Reports
﻿
Get ready for yet another heatwave to hit the city
COVID-19 in Shanghai: no new local cases, 9 imported infections
New round of PCR screening scaled down to five districts
Market supervision fine-tuned to help business
Staying cool in pool and at music festival
Curtain comes down on summer music festival
Getting to the point about acupuncture anesthesia
City's seniors on the rise, with 3,509 centenarians
Typhoon Songda brings rain and gales to city
Life in the raw as tiger cub earns its stripes
EXPLORE SHINE