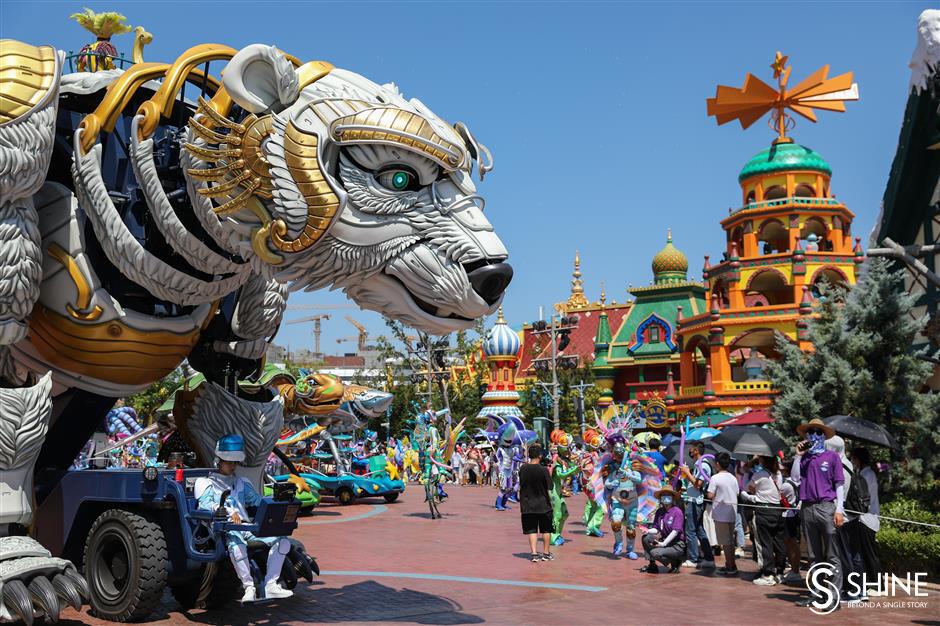 Vividly replicating animals such as polar bears, whales and sharks, the Mecha team parade is about 200 meters long in total. 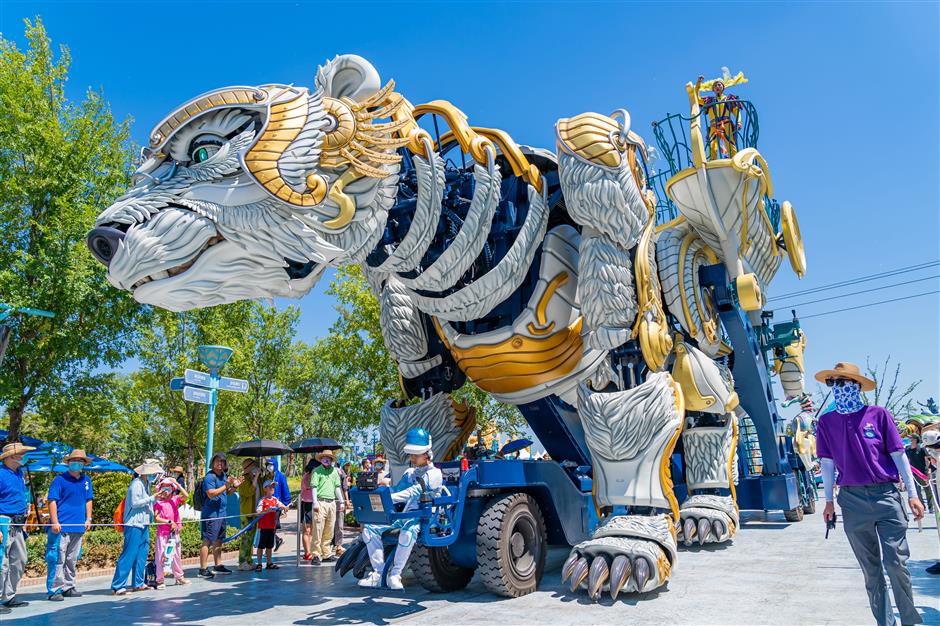 The leader Winters, a polar bear Mecha, is 16.5 meters long and 10 meters high, with a face decoration made of pure gold.

Its design and manufacturing took 10 months with about 3,000 design drawings involved.

Having more than 160 movable joints and structures and about 8,000 parts in total, it is the largest mechanical polar bear in the nation.

Altogether, these Mechas have more than 12 patent certifications with over 100,000 parts involved. 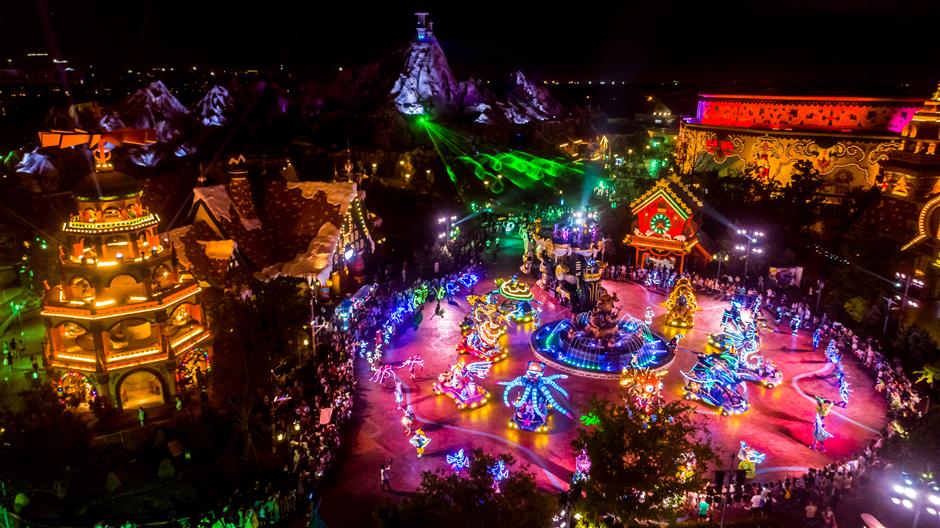 A night view of the show 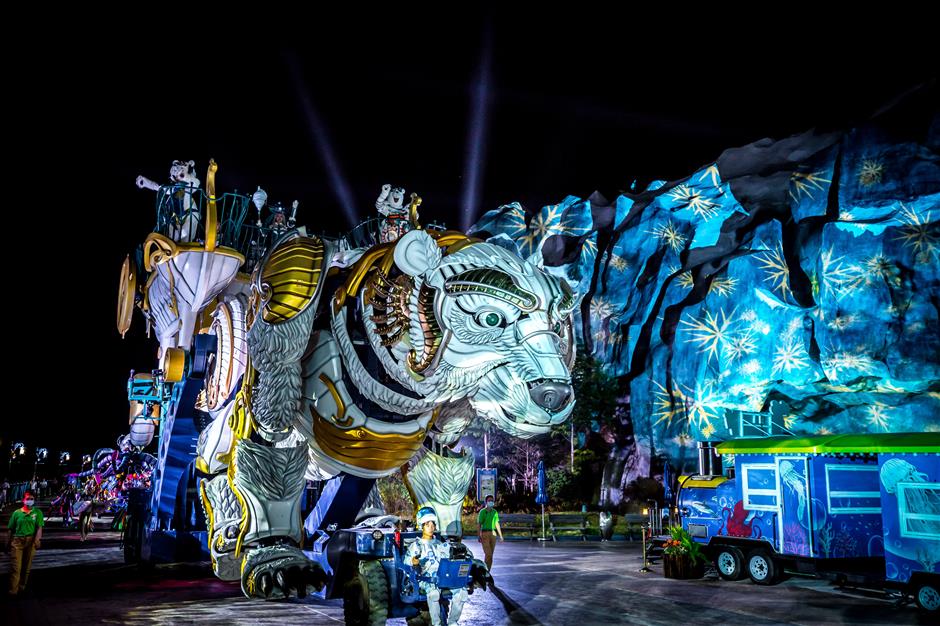 Colors light up the night.

Parades feature these Mechas, as well as projections and laser shows, dancing and acrobatics performances.

At night, the Mechas are lit up, taking visitors on a dreamlike journey.

"Domestic theme parks are reshaping their strategies under the impact of the COVID-19 pandemic and consumption upgrade, turning into comprehensive resorts with multiple functions from a single amusement park," said Huang Jin, general manager of the park. 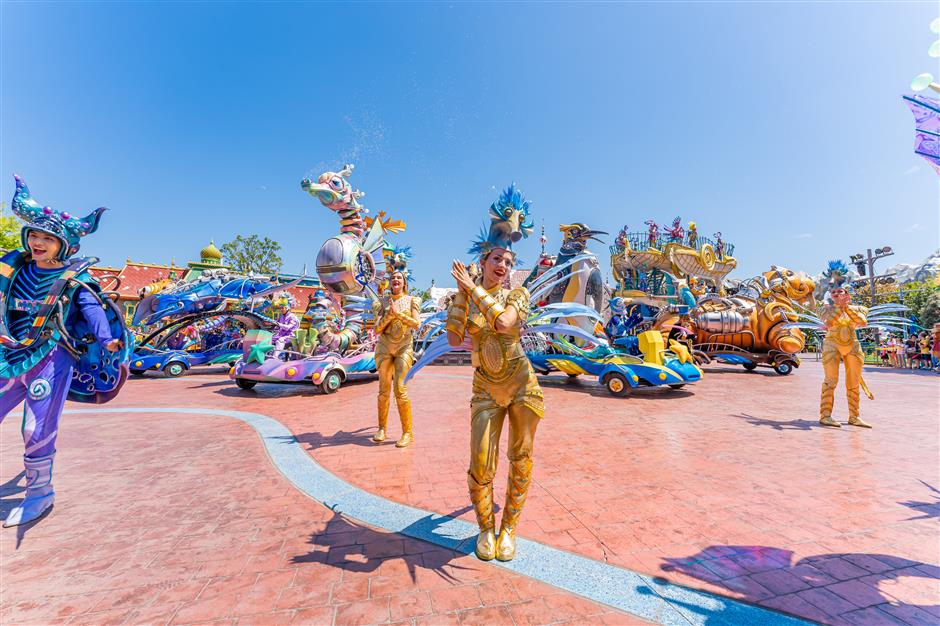 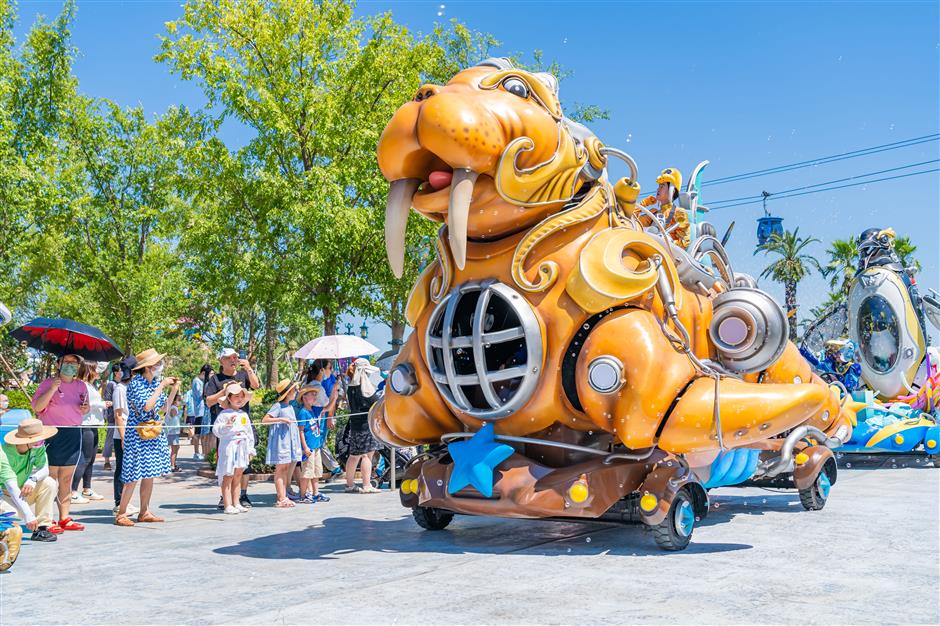 The parade is an upgrade approach of the park, said Huang. Cultural innovation products will be launched as well with new IP developed.

The first Ultraman-themed pavilion in the world began trial operations at the park recently, featuring a 12-meter-tall model of the fictional superhero with approximately 400 priceless displays. 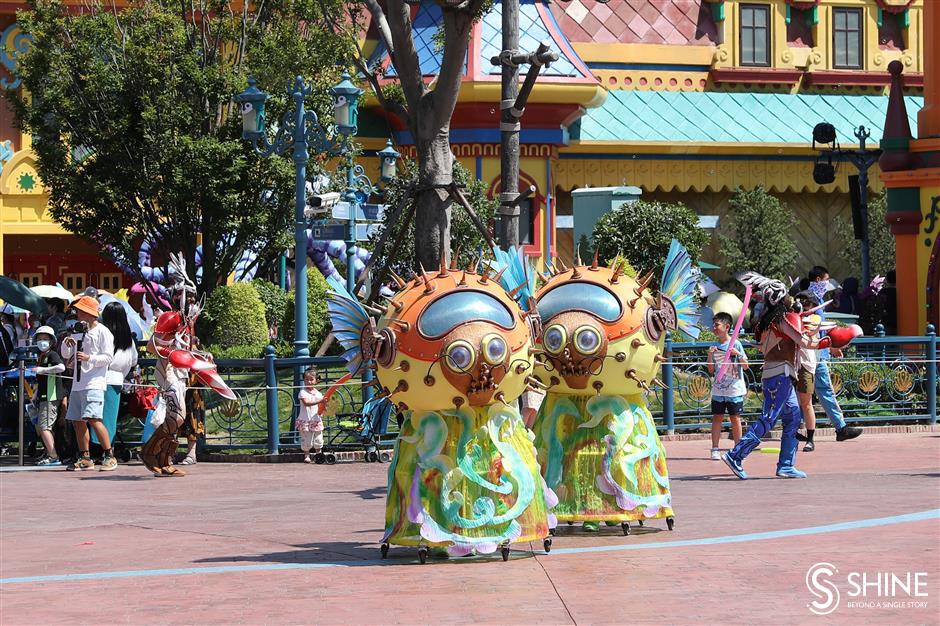 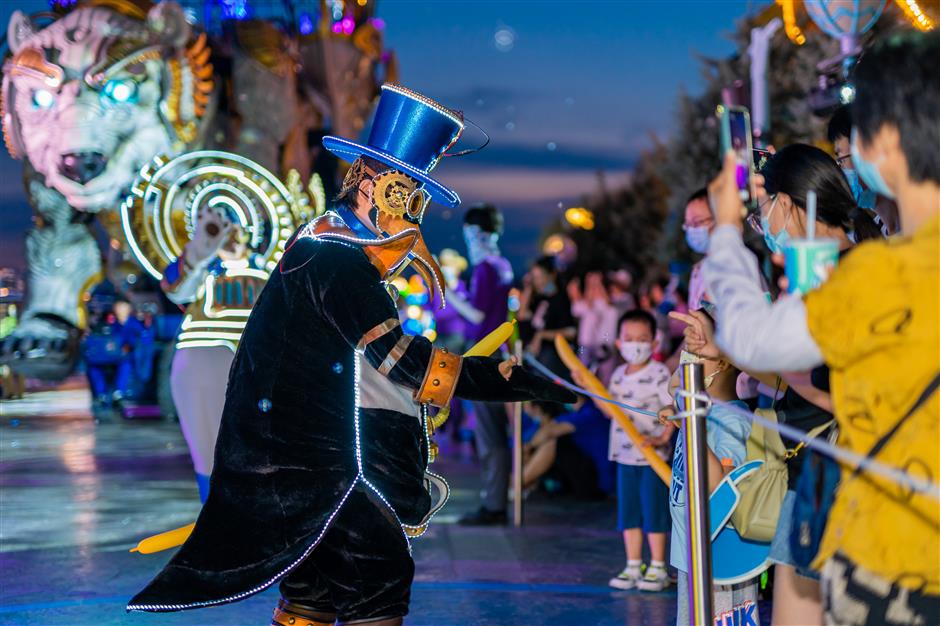 A magician interacts with visitors. 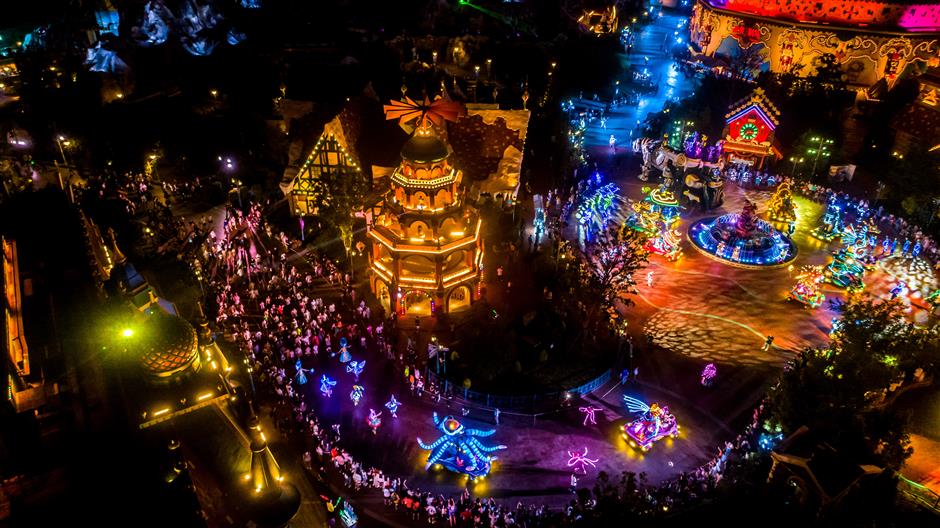 A dazzling night view of the park