No COVID-19 risk areas in Shanghai from Sunday 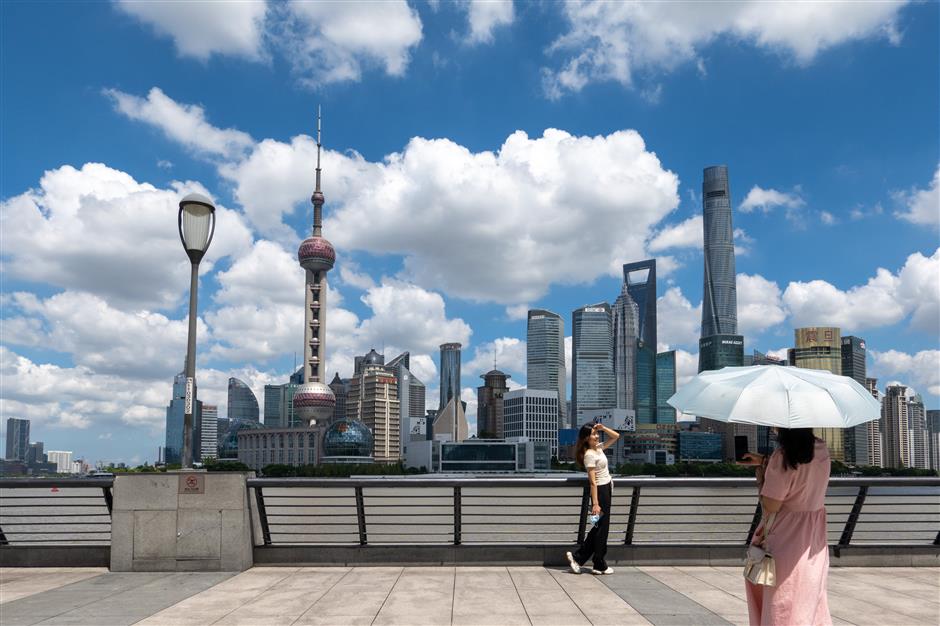 Visitors take photos on the Bund with the skyscrapers of Shanghai's Lujiazui financial hub in the background.

Shanghai will see an end to all its COVID-19 medium- and high-risk areas from Sunday, marking a key milestone in the city's arduous fight against the virus since March.

The city's last medium-risk area in Yangpu's Changhai Road Subdistrict will be downgraded after midnight Saturday, when the lockdown in the area will also be lifted.

"It means the entire city will enter the regular COVID-19 prevention and control stage," the city government announced on its official WeChat account on Saturday.

Those from or by way of domestic medium- or high-risk areas within seven days are asked to inform neighborhood committees, working units or hotels within 12 hours after their arrival in Shanghai.

Shanghai has reported zero local infections for five days since August as the pandemic wanes. The number of local medium- and high-risk areas, where positive cases live or have been to, also dropped sharply.

The city initiated its unprecedented mass lockdown in late March to contain the spread of the resurgence which started on March 1.

During the peak of the resurgence in mid-April, the city reported more than 27,000 daily new cases.

After the more than two-month-long citywide lockdown was finally lifted on June 1, several rounds of resurgence triggered by negligent or illegal operations at local public venues such as a hair salon and a karaoke bar, broke out.