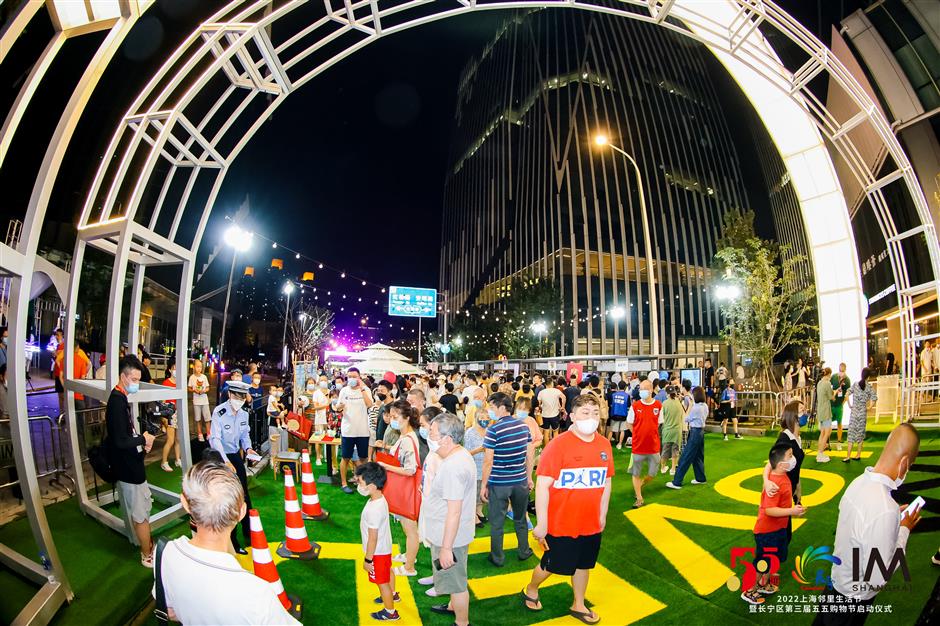 A new weekend walking street is unveiled on Kaitian Road in Changning District.

As the COVID-19 pandemic wanes, Shanghai's annual shopping festival is in full swing over the weekend in downtown districts, with commercial and cultural events to help boost consumption.

A short road in Changning District has been converted into a pedestrian street every weekend through October for entertainment, market and food stalls.

Night bazaars will be open along the 100-meter Kaitian Road, which once housed the legendary No.10 Shanghai Steel Co. The street will be pedestrian only between 10pm on Friday and 3am on Monday through October 16.

The opening of the walking street is part of the efforts of the city's commerce commission to develop more than a dozen of "15-minute life convenience circles" across the city.

Several art exhibitions will be launched at nearby shopping malls in Changning during the festival. They include a debut exhibition about the world's great artists along with flash mob shows about Donald Duck and Doraemon.

The steel factory was established in 1956 as the biggest state-owned enterprise in Changning after incorporating several small local steel workshops. In its heydays, it produced a record of 400,000 tons of steel annually with more than 6,000 employees.

The factory was renovated into an art hub in 2005 and redeveloped into a commercial complex titled IM (Innovation Mix) Shanghai. The former main avenue inside the factory became Kaitian Road. 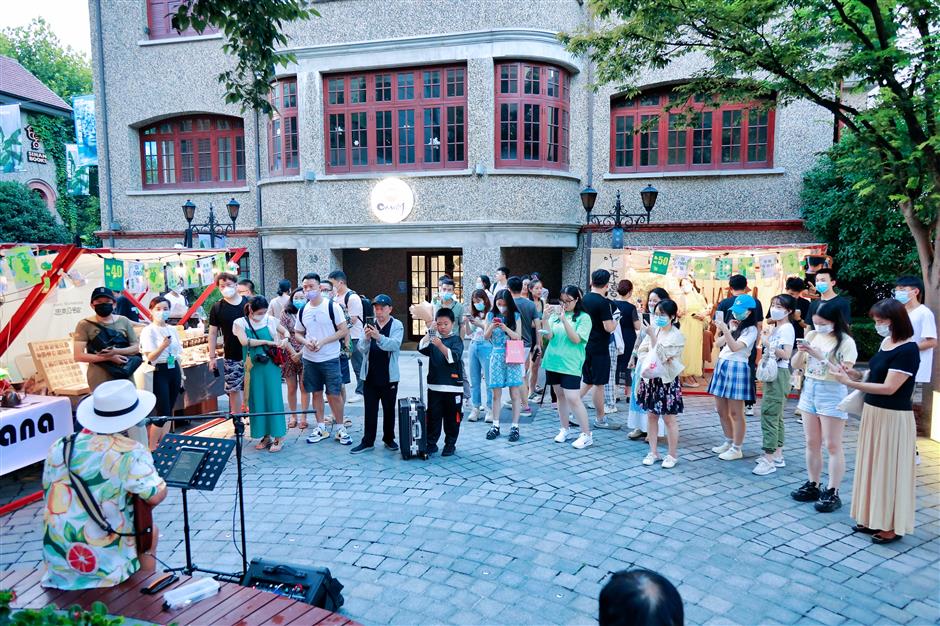 An art and culture bazaar at Sinan Mansions

At the historical Sinan Mansions, its annual nightlife party was launched over the weekend, featuring bazaars, outdoor music, exhibitions and coffee workshops.

The "Sinan Yé," or Sinan Night activity, is open to the public free between 4pm and 9pm. Artists, designers, painters, florists, chefs and coffee-making masters will interact with visitors during the event.

Jazz, folk, pop, rock and classic music will be performed at the plaza of the mansions during the night party.

Some modern art exhibitions have also been initiated. Artists combined photography and paintings feature along with the cosmetics brand Make Up Forever.

The mansions, the only wholly preserved historical garden villa complex downtown, includes more than 50 historic villas in various styles. Many were former residences of celebrities such as poet Liu Yazi (1887-1958) and Peking Opera master Mei Lanfang (1894-1961). Some have been converted into hotels, cafés, restaurants and shops. 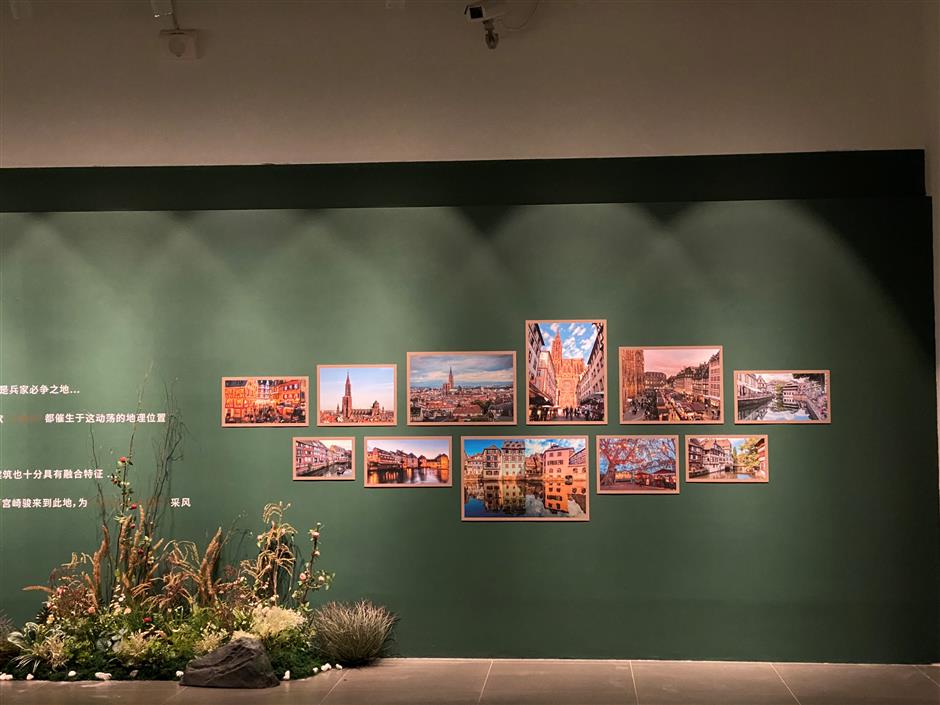 An art bazaar and exhibition at the Suning Museum in Putuo

Meanwhile, an art bazaar and exhibition has been launched at the Suning Art Museum in Putuo District as part of Double Five Shopping Festival serial events in the district.

The famous historical painting La Belle Strasbourgeoise is on display at the museum through October 7 along with innovative derivatives.

The exhibition also tells the stories of how the artist created it and his inspirations, as well as how the painting was preserved.

The art museum along the Suzhou Creek covers 5,000 square meters. It features a collection of more than 3,000 artworks, mainly paintings, dating back to the Tang Dynasty (AD 618-907).

Visitors can also enjoy a batch of national treasures highlighted in the museum during the festival, such as the "Twilight Snow in Mountain Villa" by the Southern Song Dynasty (1127-1279) painter Xia Gui. The painting "Pearl and Dragon" by Chen Rong from the same dynasty is also on view.

The famous painting "La Belle Strasbourgeoise" is on display at the Suning Museum through October 7.