Successful surgery to benefit stroke patients in the outskirts 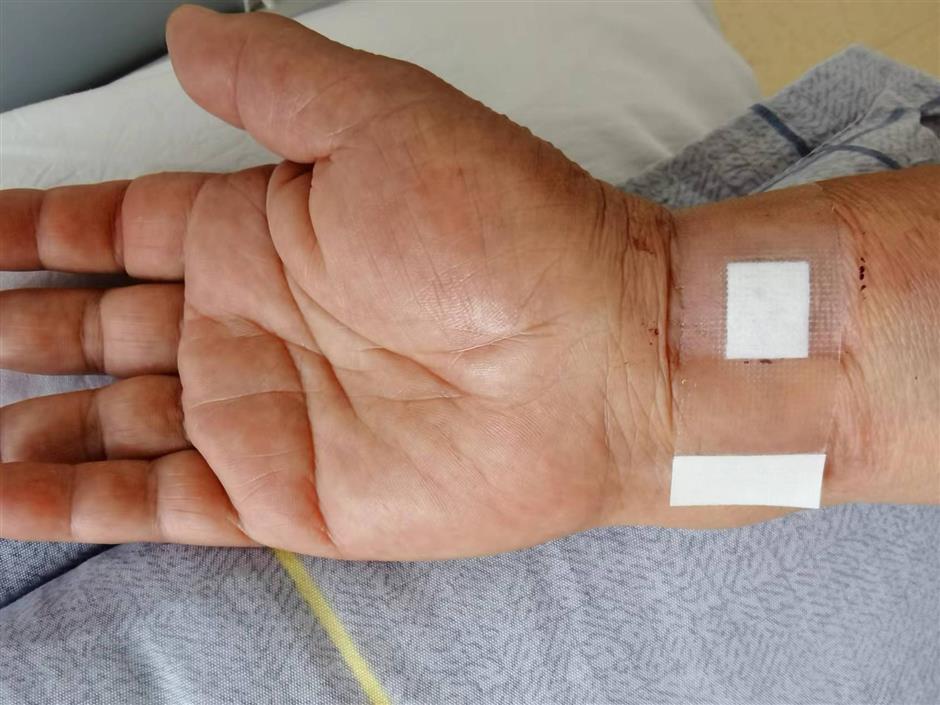 Wires and a stent entered the body through a radial artery.

A successful neurological intervention surgery through a radial artery has been carried out at Renji Hospital's south branch in suburban Shanghai's Minhang District.

It was the first time such a surgery had been carried out at the hospital.

Patients with cerebral vascular diseases now needn't go all the way to downtown facilities for the surgery.

Usually, neurological intervention surgery is conducted through a femoral artery so that wires and a stent can enter the body and go into the brain.

However, patients have to stay in bed for 24 hours after the surgery, and some people can suffer relevant complications.

The 73-year-old male patient surnamed Liu went to Renji's south branch after experiencing dizziness and blurred vision. He was diagnosed as having had a stroke.

Medical checks found blockages in the brainstem and epencephalon and serious narrowness in a main artery in the brain. The narrowness can cause a relapse and deterioration of the patient's condition.

A neurological intervention surgery was recommended, but Liu has strong reservations.

Doctors decided to use the radial artery as the entry for wires and a stent.

The surgery was done smoothly and the patient was released three days later.

The practice of using radial artery in neurological intervention surgery is new in clinical practice but it brings better life quality to patients and reduces complications. Patients needn't stay in bed for 24 hours.

However, the imaging and medical requirements for surgeons are much higher.