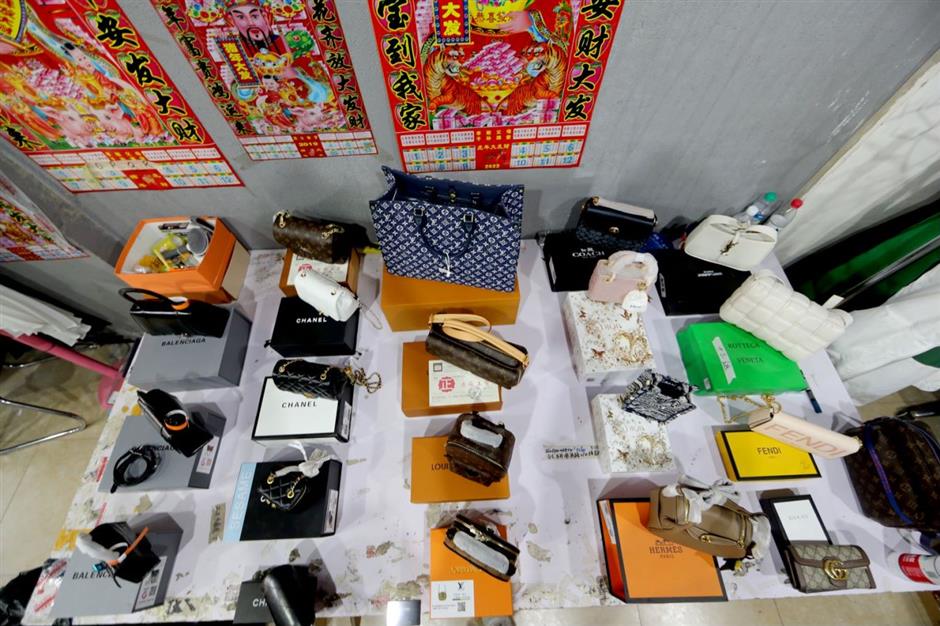 A haul of fake luxury brand purses that was seized by Shanghai Minhang District police officers.

Police in Minhang District started their investigations in July after some local residents reported that the quality of leather handbags they bought from an online platform was not good enough.

The questionable quality bags were sold from 50 yuan (US$7) to 200 yuan, each through an online e-commerce platform, including fake boxes and fake receipts, police said.

After investigation, police officers cracked down on a production site making the counterfeit products and three other sales sites outside Shanghai.

More than 1,000 bags, valued at over 6 million yuan, were seized by police. 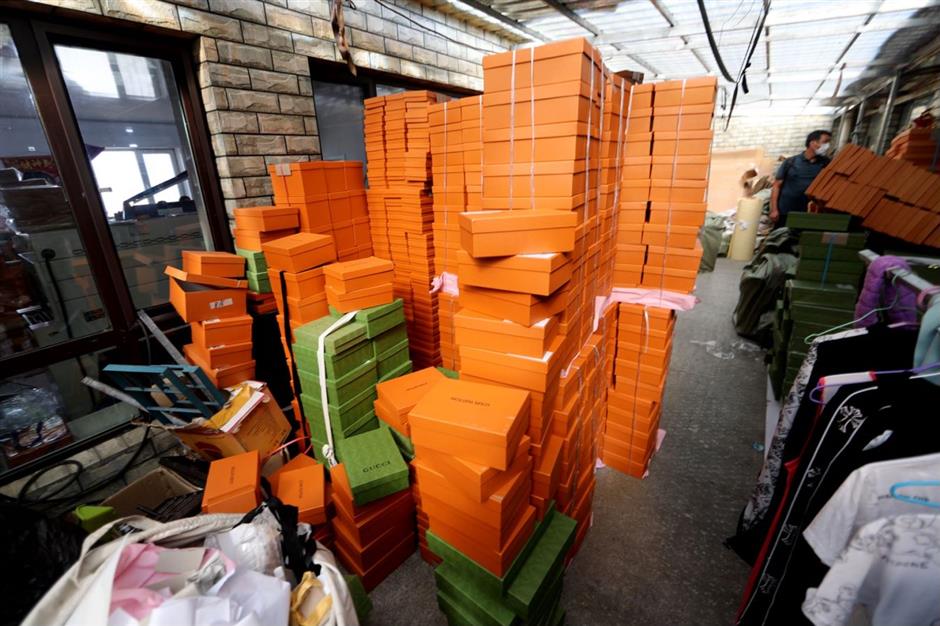 Fake packaging developed for the sale of counterfeit luxury products.