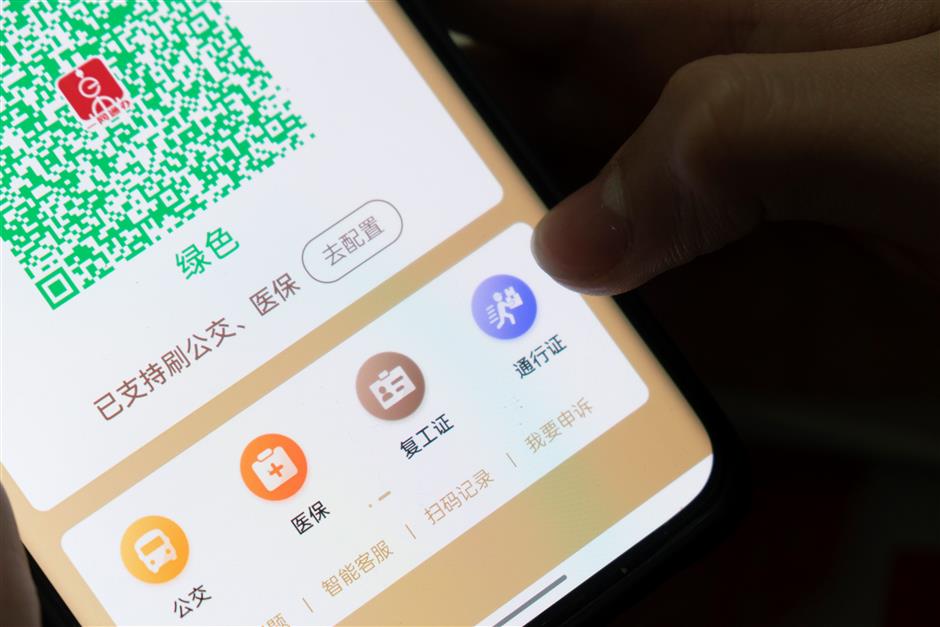 Shanghai on Sunday clarified its rules that decide the colors of people's health code.

A red code will be given to people testing positive during individual or mixed sample testing, as well as confirmed, asymptomatic or suspected COVID-19 cases along with their close contacts and secondary contacts.

A yellow code is for discharged confirmed or asymptomatic cases who are still under home quarantine, risky groups screened out by inter-provincial data research, and those who failed to take part in the city's polymerase chain reaction (PCR) screening.

People can lodge an appeal and submit proofs, such as a hospital discharge certificate, if their suishenma health code shows the wrong colors, Liu suggested.

They can dial the city's service hotline 12345 or make an online appeal on the suishenban app, where they can check the reason for the red or yellow health code.