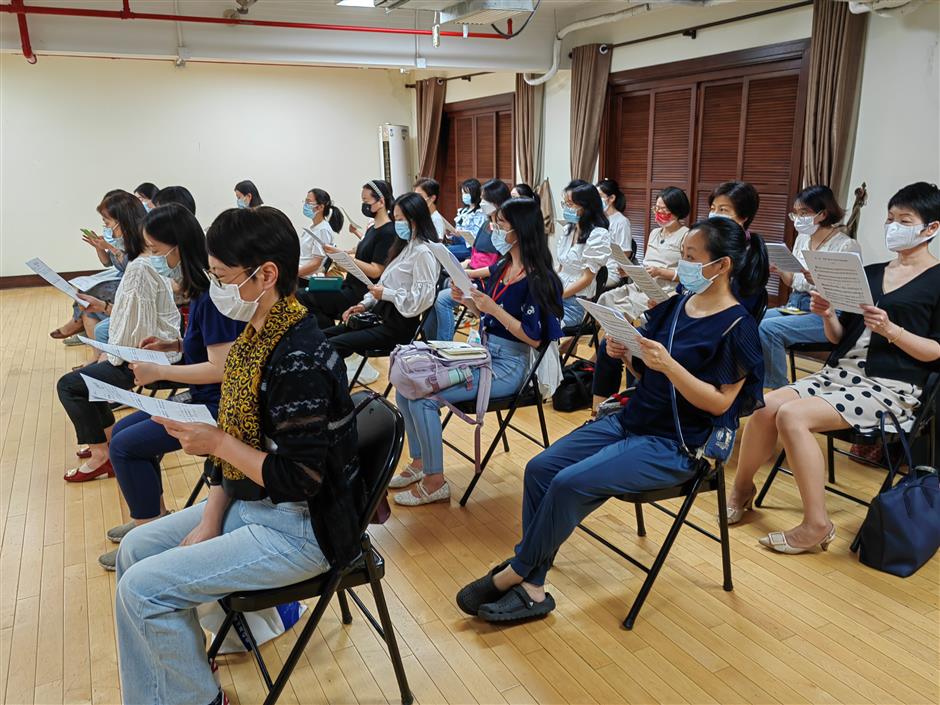 As the Shanghai street lights brighten the evening, many local residents hang up their hat after a long day of work.

But for some, the evening brings a renewed sense of vigor, with the city's night schools officially beginning their fall semester this week.

Serving all of Shanghai's 16 districts, this year's night school courses incorporate art and culture with a special focus on intangible cultural heritage classes.

Mizongquan, or Mizong Fist, a style of Chinese martial arts, belongs to the "Long Fist" kung fu family, and can be traced back to the Shaolin Temple during the time of the Tang Dynasty (AD618-907).

"This is my third time taking part in the evening classes," Yu told Shanghai Daily.

"I have been hearing about Jingwu Sports for a long time, so I registered for the class as soon as it opened."

The Jingwu Sports Park evolved from the Chin Woo Athletic Federation which was established in 1910 by a Chinese kung fu legend, Huo Yuanjia, who is also a mizongquan master, and has been selected as part of the national-level intangible cultural heritage. 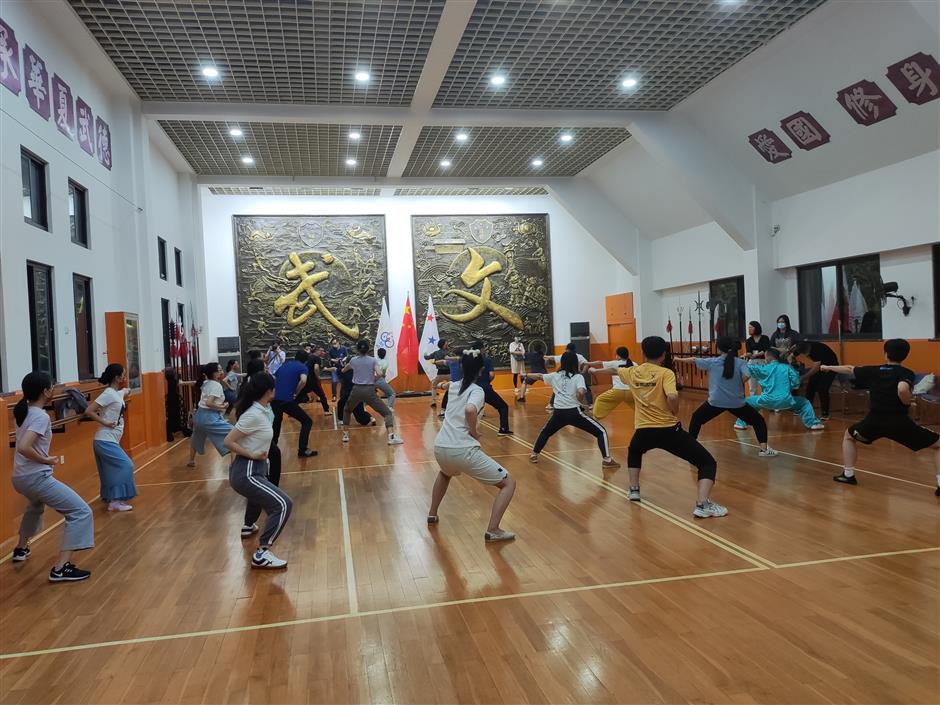 "Practicing Chinese martial arts not only teaches us traditional Chinese culture, but also strengthens the body," Xu Bin, the instructor of the class, introduced.

"There are 72 movements in mizongquan, and we have refined the one-third of the actions into 27 movements, making it easier for students to master them within the 12 lessons this semester."

However, it is not easy to secure a place. With the night schools' increasing popularity among local residents, the current term sold out online in just five minutes in August.

"I tried really hard to snatch up a class online when applications opened," said another student, surnamed Xie.

"I'm a big fan of Chinese wushu, and I think learning such a skill can help me improve my physique," she added.

In addition to Chinese wushu, a ballet course also began its first class at 7pm in Baoshan District.

There are a variety of interesting classes to choose from, and residents can select their favorite from 168 courses, from makeup art to calligraphy, traditional Chinese painting and vocal music.

Among the classes available, 146 are offline while 22 are online courses, available to residents across the Yangtze River Delta region.

In suburban Minhang District, all 14 subdistricts have their own evening classes, totaling 20 different courses.

The offline classes begin at 7pm and last for one and a half hours.

The fall semester has admitted a total of 3,200 students, and all of the classes are carried out under strict pandemic prevention and control measures. 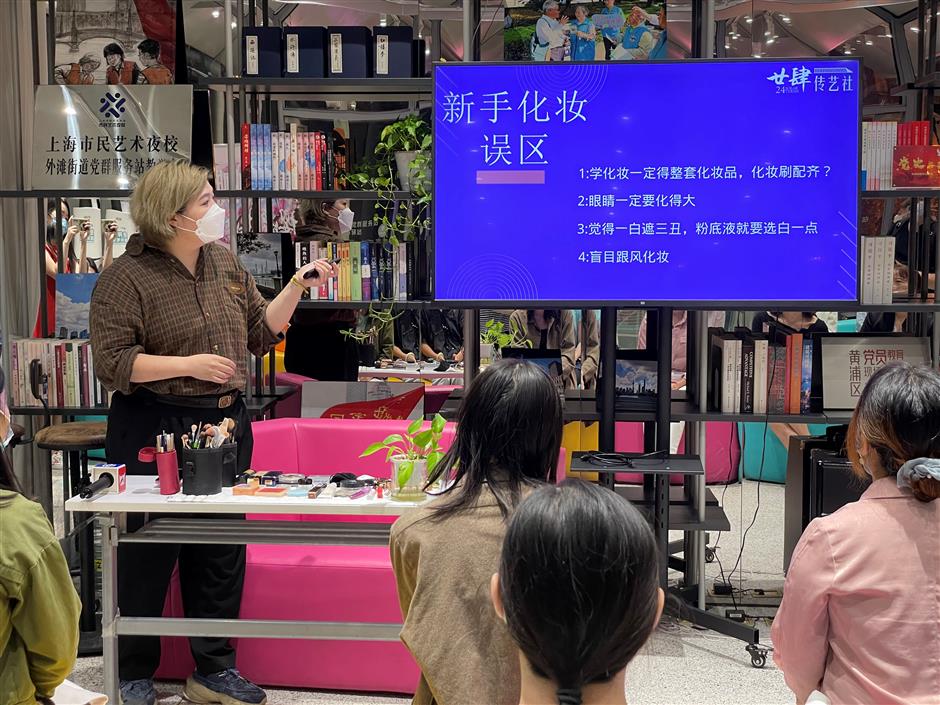 A makeup class is offered at night school, in downtown Huangpu District.