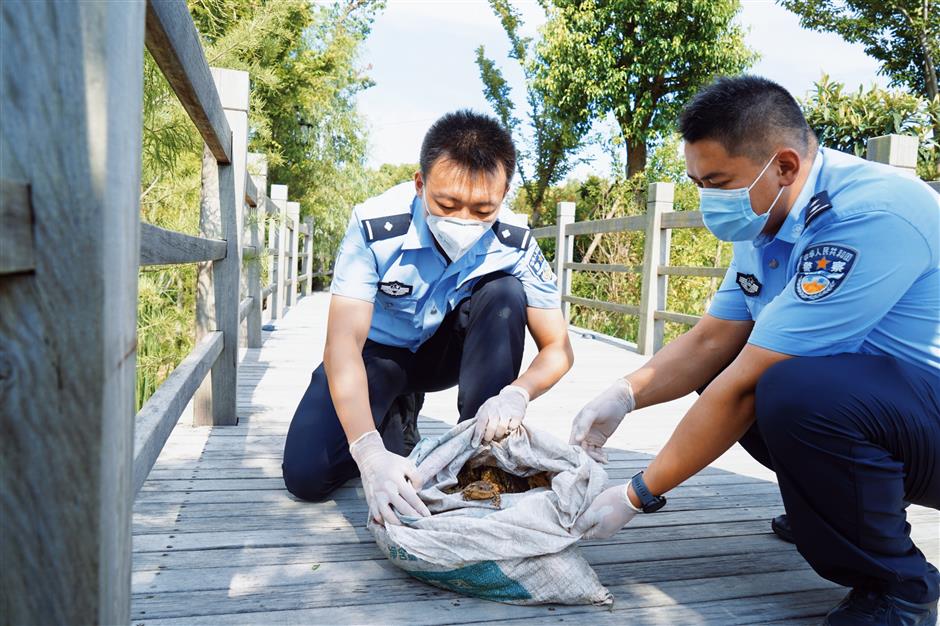 A gang of 21 suspects has been nabbed by Shanghai police for illegally capturing, transporting and trading the nationally protected Chinese toad species Bufo gargarizans, police said on Wednesday.

Evidence of more than 140,000 toads was discovered by police officers when they tracked down the gang. Ten thousand toads were still alive, the others allegedly having been killed by gang members.

The surviving toads have been released in suburban Jinshan District's wild forest areas which are suitable habitats, police said.

Local police began to investigate the case this month with the help of greenery authorities.

The gang, led by two people surnamed Song and Liu, was found to be illegally hunting, purchasing, transporting and selling Bufo gargarizans across provinces.

The toads were sold at prices around 28 yuan (US$4) per half kilogram.

The illegal toad trades are estimated to have yielded a return in excess of 14 million yuan, from which Song, Liu and some gang members are predicted to have pocketed more than 1 million yuan in illicit profits.