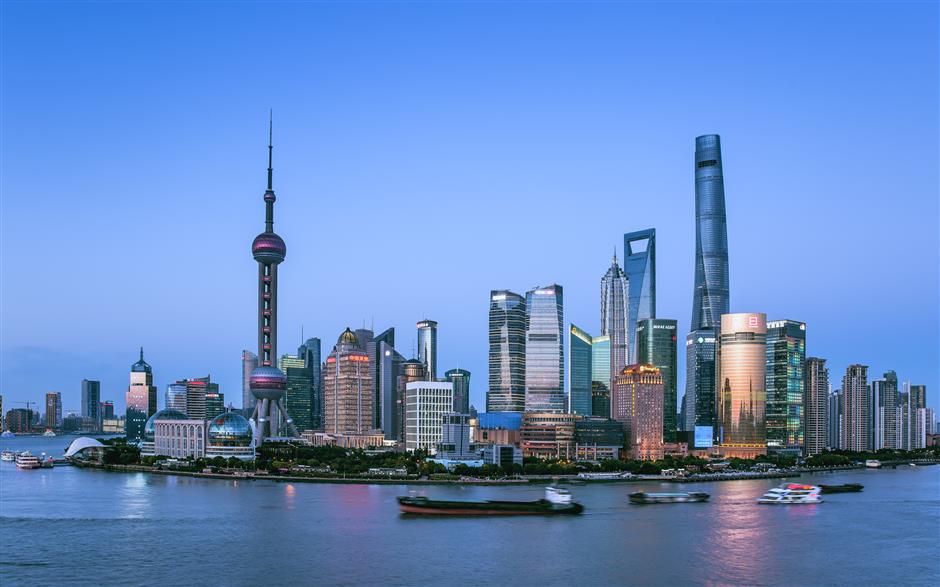 This year, Pudong has shown strong resilience and vitality in the area of foreign trade despite the influence of the pandemic, witnessing a year-on-year increase of imports and exports of 4.9 percent between January and October which hit 2.02 trillion yuan ($283 billion). It accounted for 58.5 percent of the city's total.

At the area's trade promotional conference held on Wednesday, ten new measures were released, highlighted by stronger policy and financial support to promote free trade and e-commerce as well as to attract more multinational companies to settle there. 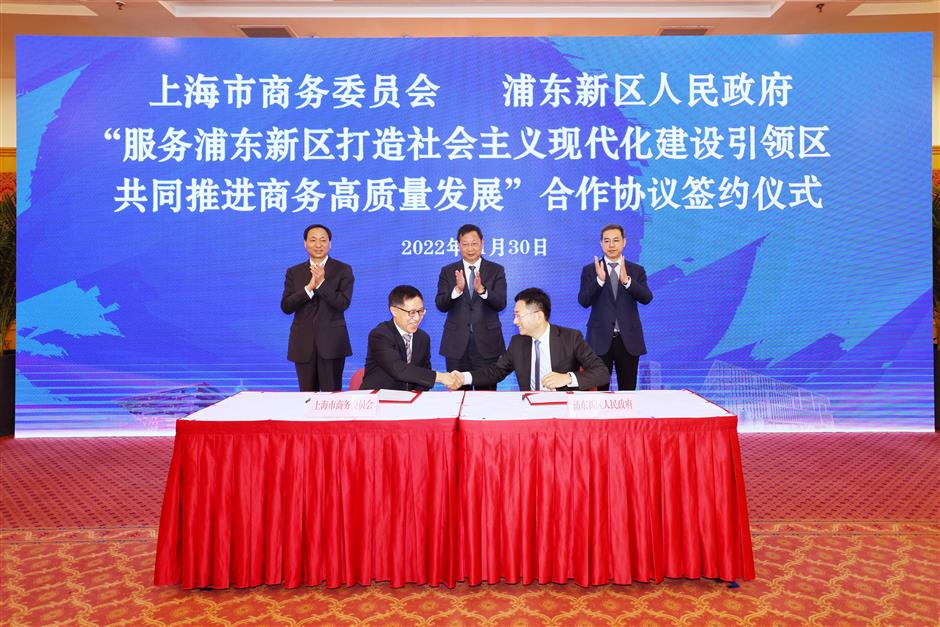 The Pudong government reaches an agreement with the Shanghai Commerce Commission.

The latest cooperative project, a platform to help companies achieve a comprehensive understanding and be able to deal with trade barriers in order to better expand overseas was launched.

In the first nine months of this year, 24 headquarters of multinational companies have landed in Pudong, increasing the total number to 413. Pudong has also introduced 658 "first stores," many of which are first global and Asian stores of each brand.