Fewer scams in Shanghai with more efforts by the police

The number of scam cases in Shanghai has been declining for four years in a row, the local police said on Tuesday.

The most common scams last year were of three types, in which swindlers pretended to be an online lending agency, a customer-care representative, or a financial institution.

Ten members of a gang were arrested in a case investigated by Hongkou District police officers.

They used stuffed toys and pretended to be doing promotional events. According to investigators, they then requested some residents to assist them in posting edited content with clickbait in their WeChat Moments or group chats, police said.

A woman surnamed Gao lost 3,700 yuan and reported it to the authorities.

Prosecutors have booked one of the gang members, while the other nine are in custody. 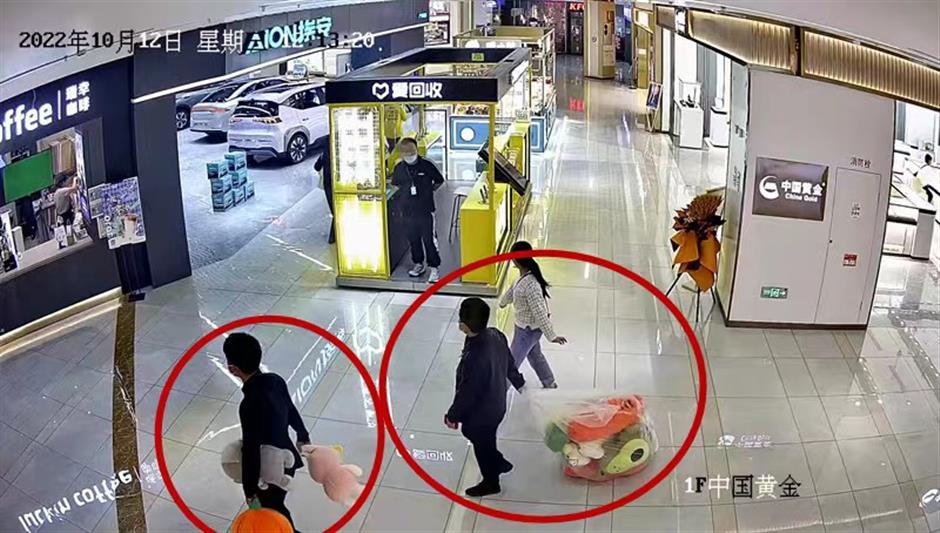 To raise awareness about scams, the city police created a variety of anti-scam products.

The game is available on WeChat's mini-program.

"Users can earn points by sharing with friends or responding to anti-scam questions to get awarded," said Liu Bin, a Fengxian police officer.

"Participants can also earn credits by logging in every day," Liu added. "By playing this game, people can find fun while learning about anti-scam techniques."

The screen shot is from an online game created by the Fengxian police to raise awareness against fraud.

Aside from the game, the Hongkou police created a unique calendar with comic strips with information related to fraud.

Most of the comics were done by police officers and their assistants. A few others were provided by volunteers.

The calendar was released online and was welcomed by netizens.

The police department then printed 5,000 copies and distributed them for free to communities as part of their anti-scam efforts. 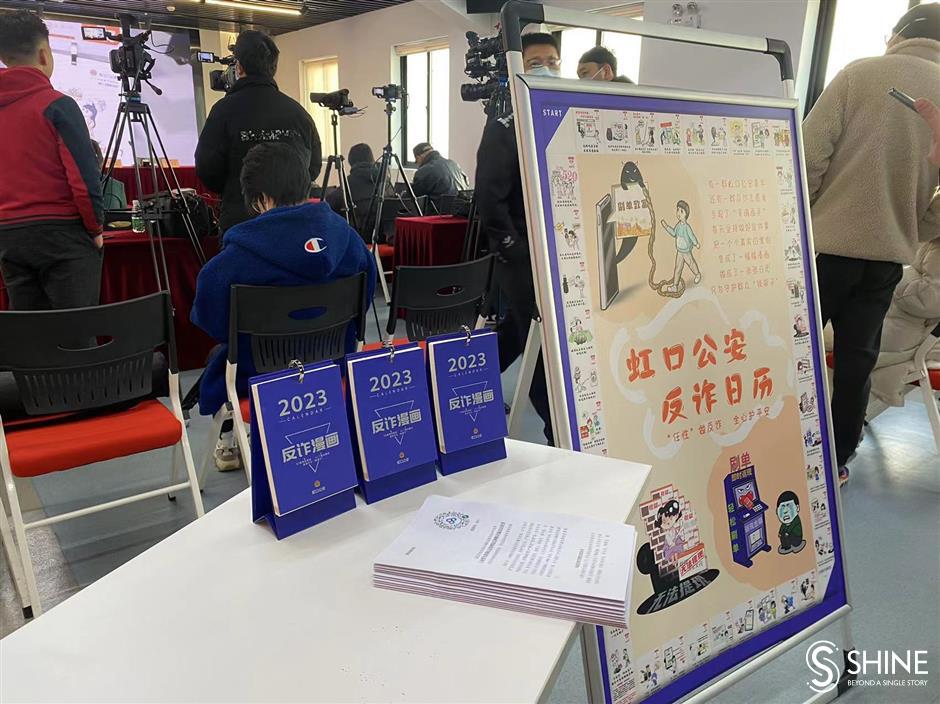 A themed calendar with anti-scam comics at a social service center in Hongkou District.