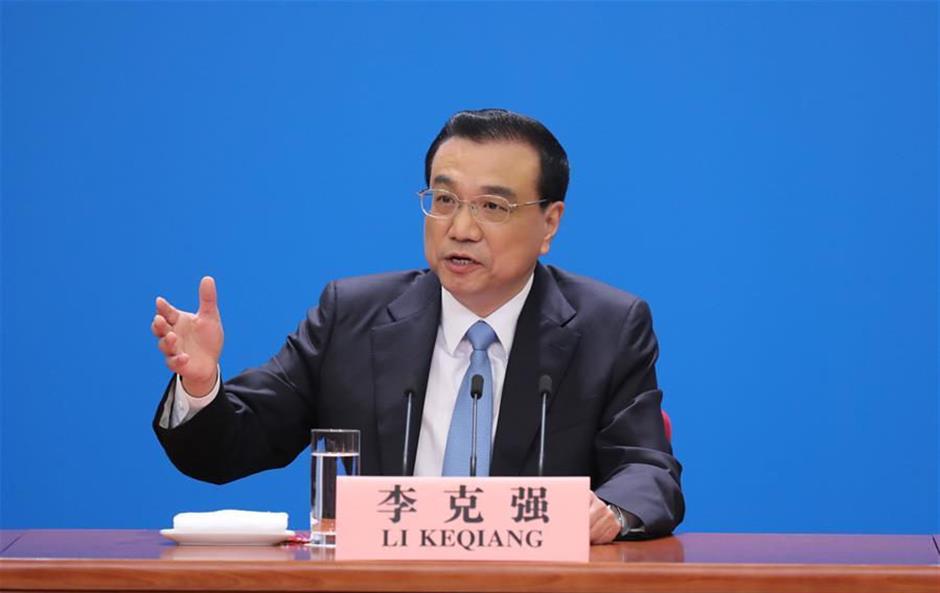 Chinese Premier Li Keqiang answers questions at a press conference after the conclusion of the first session of the 13th National People's Congress at the Great Hall of the People in Beijing on March 20, 2018.

"The fundamentals of the Chinese economy are sound and the financial sector is stable," Li said at a press conference after the conclusion of the annual session of China's national legislature.

The country is moving swiftly and decisively to curb financial risks and crack down on market violations. The insurance regulator in February announced a decision to take over Anbang Insurance Group for a year after the company was found involved into illegal business practices that may seriously threaten its solvency.

"Such moves...aim to prevent the risks from spreading. We will continue to resolutely deal with similar risk points in the future," Li said.

National lawmakers have approved the merger of the country's banking and insurance regulators as part of a massive institutional restructuring scheme, which, Li said, will prevent the occurrence of regulation evasion.

The government has lowered the fiscal deficit target by 0.4 percentage points to 2.6 percent of GDP for 2018. "We brought down the target on our own initiative as the economy steadied and fiscal incomes surpassed expectations," Li said, signaling more cuts in the future.

But the reduction does not mean a change in China's proactive fiscal policy, he added.

Li said he is confident that China will fulfill main economic and social development goals this year. China's GDP growth target was set at around 6.5 percent for 2018.