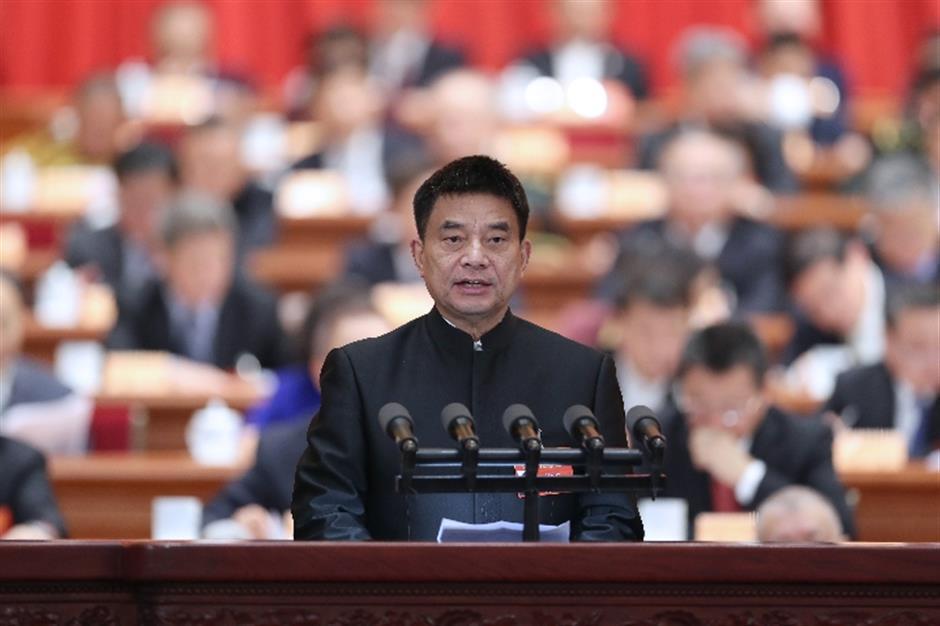 When Liu Yonghao, chairman of China's agricultural conglomerate New Hope Group, stepped into the Great Hall of the People with a speech titled "There is hope for China's private companies" in 1993, he was both nervous and excited.

He was excited because it was rare for an entrepreneur from the private sector to become a national political advisor, let alone give a speech at the country's most important political event. He was also nervous because the topic was considered somewhat "sensitive" back when state-owned enterprises still dominated the economy.

To his surprise, the speech featuring the keywords "private" and "hope" received multiple rounds of applause in the Great Hall of the People.

Twenty-six years later, the Sichuan-born entrepreneur has become one of the most recognizable faces during China's annual "two sessions", having served as a member of the National Committee of the Chinese People's Political Consultative Conference (CPPCC) for five terms and as a deputy of the National People's Congress for one term. 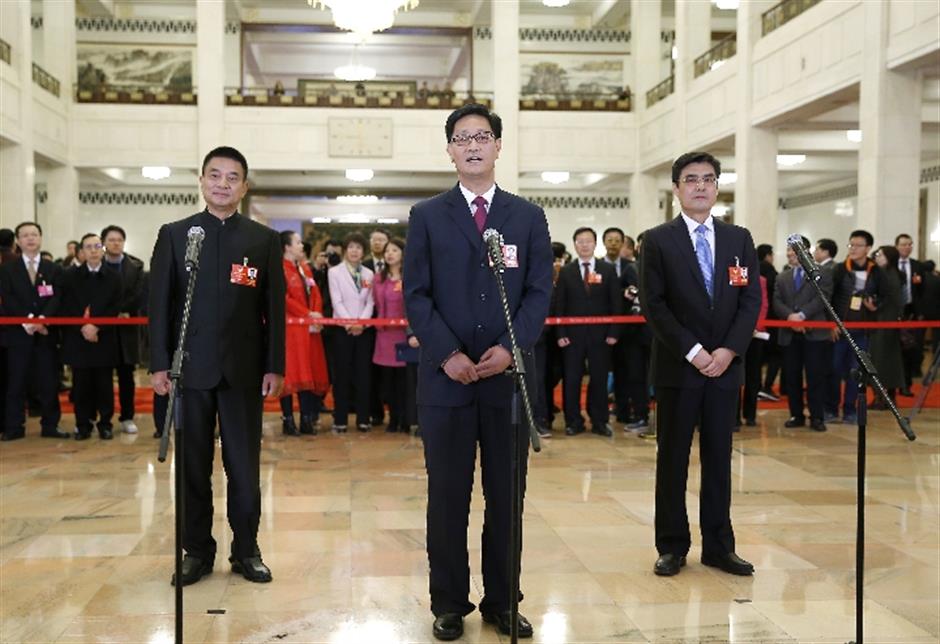 Shu Yinbiao (R), Lu Chunfang (C) and Liu Yonghao (L), members of the 13th National Committee of the Chinese People's Political Consultative Conference, receive an interview ahead of the closing meeting of the first session of the 13th CPPCC National Committee at the Great Hall of the People in Beijing, capital of China, March 15, 2018.

"The private sector has now grown into a big part of the economy thanks to the country's reform and opening-up," said 67-year-old Liu on the sidelines of the two sessions, annual sessions of the national legislative and political advisory bodies.

A billionaire who built his fortune from scratch, Liu is known to the world as the "king of animal feed." Long before Chinese tech tycoons made their fame through fancy Internet products, Liu appeared regularly on the Forbes China Rich List, by helping Chinese farmers raise pigs.

Every spring since 1993, Liu comes to Beijing with at least five proposals. This time he brought eight, most of which center around either serving private companies or improving the agricultural sector.

"People say I am the king of animal feed, a vanguard of reform, and a pioneer in China's anti-poverty fight. But above all, I am a private entrepreneur," Liu said, with his signature gentle tone and ever-present smile.

A veteran political advisor, as he likes to describe himself, Liu has submitted a series of proposals that were later turned into policies or government initiatives that fostered the growth of the country's private sector.

In 1993, seeing the financing bottleneck of the private sector, Liu proposed to set up a bank that serves the interests of private firms, leading to the establishment of China Minsheng Bank three years later, the country's first national bank founded by private capital.

In 2003, he led a team of CPPCC members to research the well-being of the private economy, which turned into reports that helped shape the famous "36 items on supporting the non-public sector," a systematic policy document in China to promote the non-public economy.

Liu speaks out for the group that is important to him and the country, worries about their development, and fights for a better environment for them, said Li Yining, a renowned economist, who partnered with Liu when researching the private economy.

Last year, as a member of the 13th National Committee of the CPPCC, Liu stood at the Great Hall of the People and explained to journalists about his plan to train "green collar" workers to revitalize the countryside.

"The 'green collar' refers to a new generation of farmers and technicians in the countryside, who should be respected and earn a decent salary," Liu said.

This year, he proposed that the country should invest more in agricultural studies so that agricultural majors would be willing to go back to the countryside and engage in farming, which currently isn't a popular idea among college graduates. 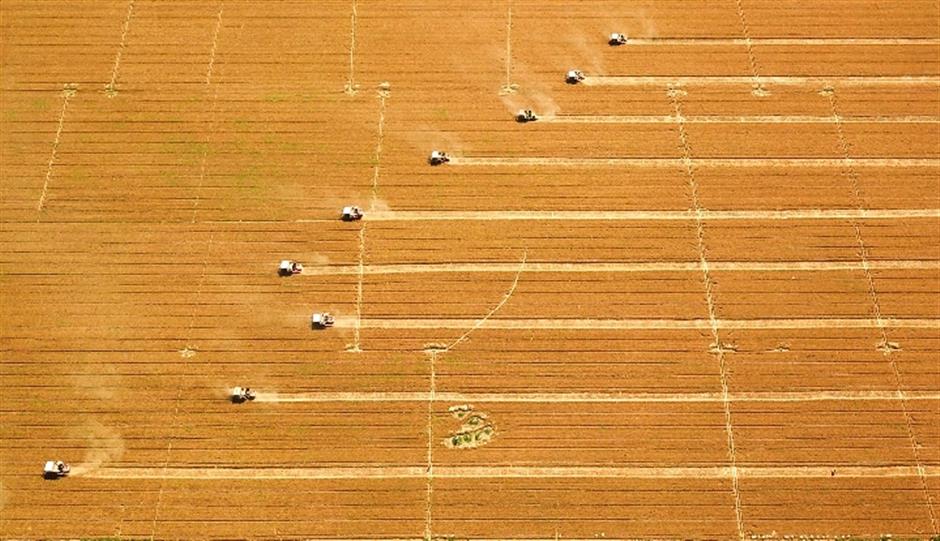 "If you were very well compensated and had a promising career path, it wouldn't really matter whether you raise pigs or make planes," Liu said.

Every time Liu mentions the word "farmers," he likes to add "friends" behind it.

"Technological innovation should serve the interests of our farmer friends," he said, referring to an Internet bank he recently helped launch that uses big data to ease credit strain for farmers.

Born in a poor family in southwest China's Sichuan province, Liu started out breeding quails and chickens together with his three older brothers in the 1980s. After the local bank refused to lend money to some "nobody," the Liu family had to sell their bicycle and watch to raise 1,000 yuan (US$150) as starting capital.

The humble beginnings made Liu very aware of the difficulties that private companies and farmers face. The Internet bank he helped to establish in 2016 was intended to help the "nobody" get small loans, mostly with a short repayment period of several months.

He vividly remembers getting up at 5am every day as a child to collect pieces of coal and small sticks so his family never had to buy coal for the kitchen fire.

"If I wasn't always one step ahead, the other kids would take all the coal," Liu said with a laugh.

"Half a step ahead" is also Liu's motto as an acute businessman. Before businesses in the traditional sector started to revamp themselves as part of the country's structural reforms, the New Hope Group had already ventured into biotech and fintech.

"Unlike the simple smiles that are always on his face, the business scope of New Hope is now very diversified," once commented Wang Shi, founder of China Vanke.

"He is trying to build an agricultural empire," Wang said.

As an entrepreneur that embodies the 40 years of China's reform and opening-up, Liu knows that no empire can be built without the opportunities bestowed by the times.

"When I said 'there is hope for China's private companies' 26 years ago, I believed the private sector could be a strong supplement to the economy," Liu said.

"The private sector is the new hope for the Chinese economy," Liu said.