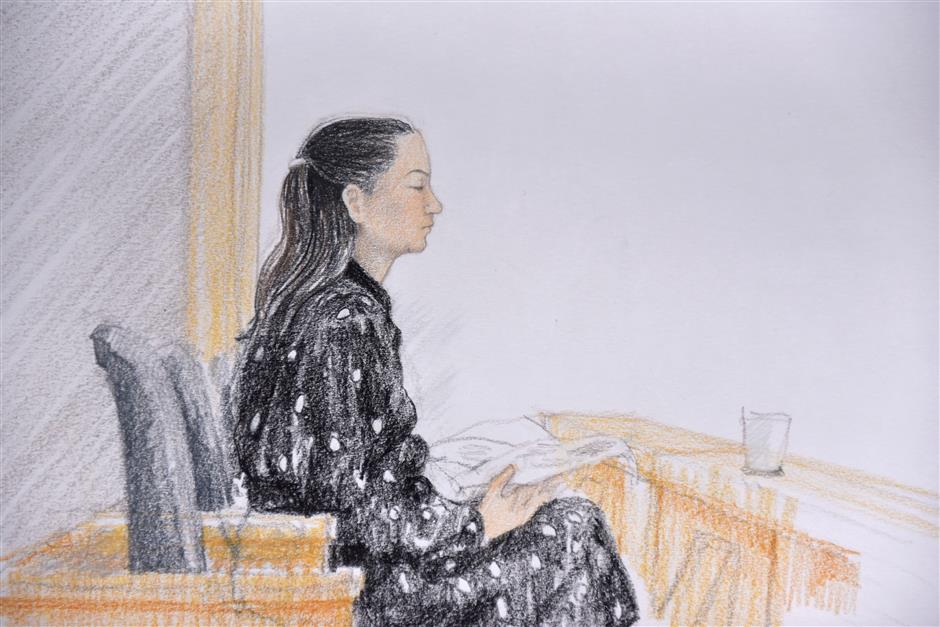 Meng was arrested on December 1, 2018 at Vancouver International Airport at the request of the United States, which is seeking her extradition on fraud charges.

Both Meng and Huawei have repeatedly denied any wrongdoing.

Half an hour before the start of the hearing, Huawei made a statement in Vancouver that it trusts in Canada's judicial system.

"We trust in Canada's judicial system, which will prove Ms. Meng's innocence. Huawei stands with Ms. Meng in her pursuit for justice and freedom. We hope Ms. Meng will be able to be together with her family, colleagues and friends as soon as possible," said a Huawei spokesman.

The Chinese side pointed out that what Canada and the United States did in Meng's case counts as arbitrary detention and a serious violation of the legitimate rights and interests of a Chinese citizen.