China plans to launch its first Mars probe between July and August this year, aiming to complete orbiting, landing and roving in one mission, an expert said in a recent interview with the state broadcaster CCTV.

After the launch via China's largest carrier rocket Long March-5, the probe is expected to reach within the gravitational field of Mars next February and it will be captured into orbit around the planet, said Bao Weimin, an academic with the Chinese Academy of Sciences. 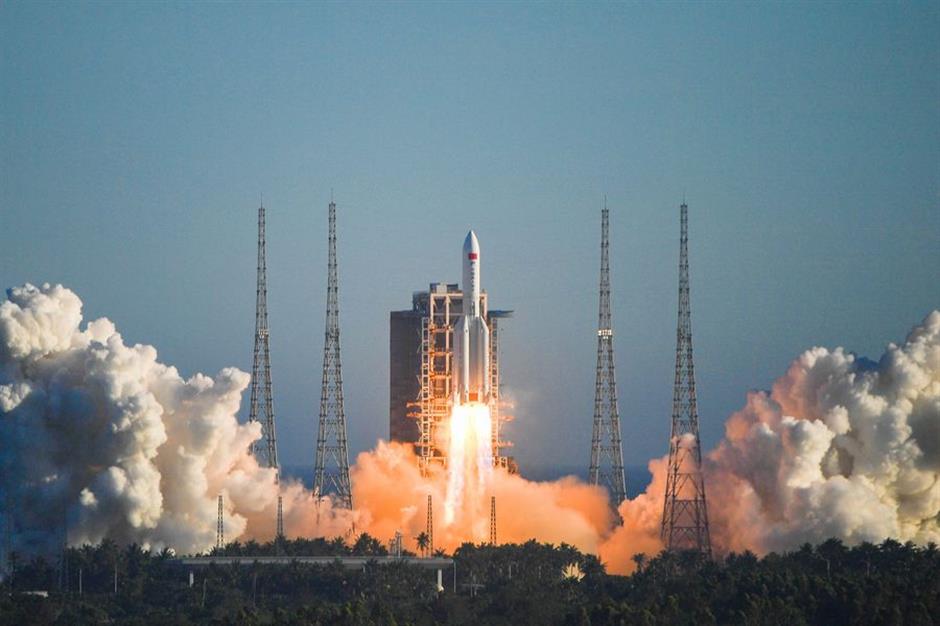 According to Bao, China's Mars probe consists of an orbiter as well as a lander and a rover. The lander and rover will make a soft landing on the surface.

The Mars rover, which is expected to work on Mars for at least 90 Mars days (more than three months on Earth), will carry out patrol exploration and research on geomorphic landforms of Mars.

A safe landing on Mars is the most difficult and risky part of the mission, and the lander carrying the rover will be slowed down through four steps, Bao noted.

The first step, which will last for about 290 seconds, is akin to breaking, slowing down its speed from 4.8 km per second to 460 meters per second.

A reverse thrust engine will then be ignited, decelerating the speed to 3.6 meters per second in about 80 seconds.

After the first three steps, the lander carrying the rover will be about 100 meters above the Mars surface. Hovering in the air, it can observe the surface, adjust its position and select a safe spot to land in an obstacle-avoiding mode.

The whole landing process will take about seven to eight minutes, said Bao. Photo taken on November 14, 2019 shows the trial ground of an experiment for landing on Mars in Huailai County, north China's Hebei Province.

Last November, China successfully mounted an experiment simulating the process of a probe hovering, avoiding obstacles and descending to land on Mars.

In April China announced that its first Mars exploration mission was named Tianwen-1. The name comes from the long poem "Tianwen," meaning Questions to Heaven, written by Qu Yuan (about 340-278 BC), one of the greatest poets of ancient China.