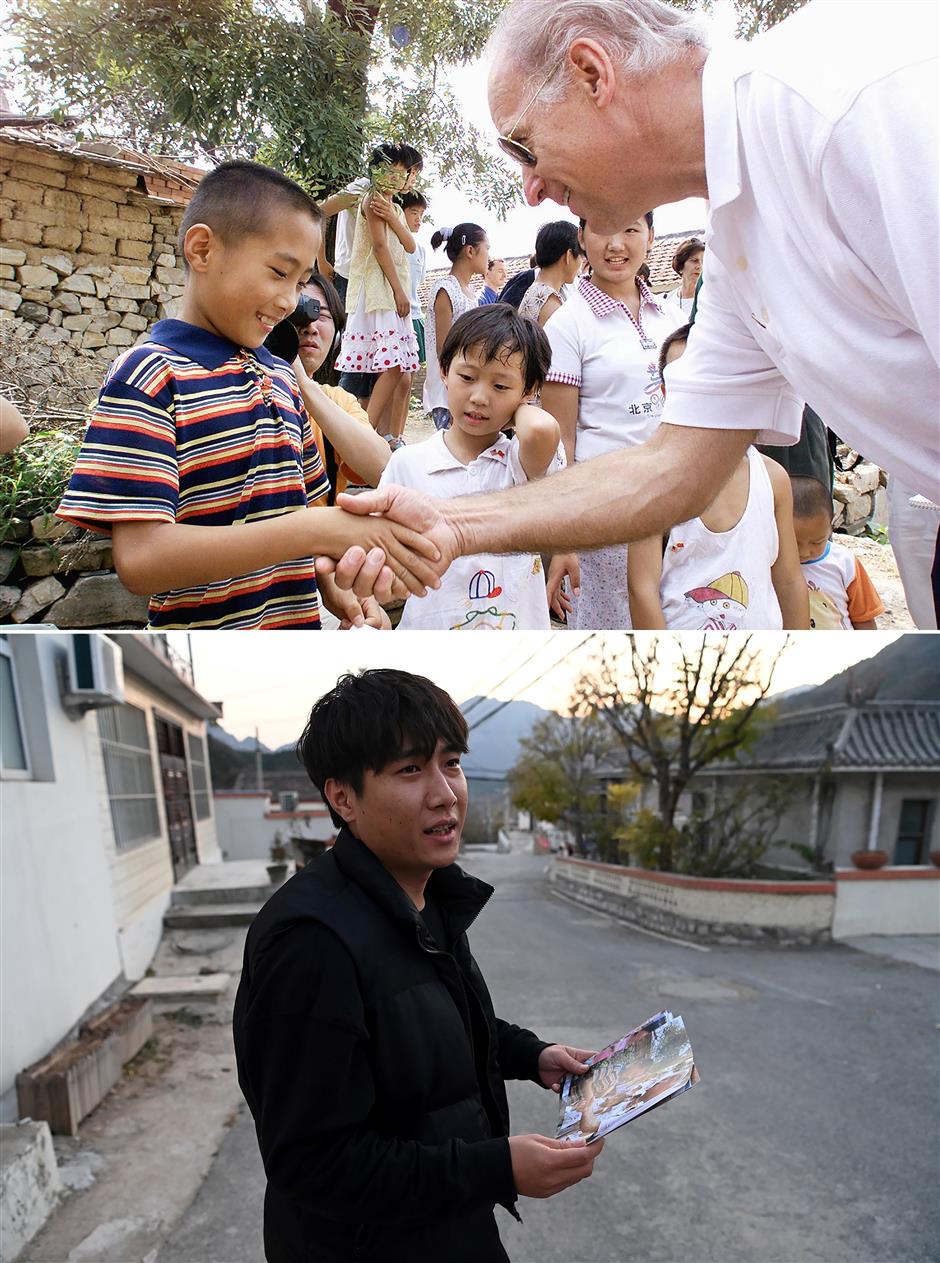 Nearly two decades ago, the residents of a small Chinese village near Beijing were visited by a foreigner who is soon to become America's most powerful man: Joe Biden.

In August 2001, now President-elect Biden was chairman of the Senate Foreign Relations Committee when he made an official visit to China and stopped at the village of Yanzikou, talking with villagers and buying ice creams for the children.

Tang Shaojun, then aged 21, was at home caring for her two-month-old son when the foreign officials came knocking — a rare sight at the time in rural China.

"I think they chose to visit us because our house was the poorest and shabbiest in the village at the time," Tang told AFP from her home in the village, which has since been rebuilt and is now filled with plants and mahogany furniture.

"We didn't even have a refrigerator or modern appliances. We had no gas stove and had to cook on a coal stove. Flies were buzzing everywhere," her husband Liu Changkai, 40, added.

Biden held her infant son in his arms and gave him a kiss — before leaving 200 yuan (US$30) hidden under a kitchen cleaver as a parting gift the family discovered later.

"He said he will come and visit again in future, and remarked that he had a granddaughter around the same age," Tang recalled this week, wearing a T-shirt emblazoned "Gucci."

"We were certainly very excited... I then thought that foreigners were pretty great and didn't discriminate against Chinese people," added Liu. 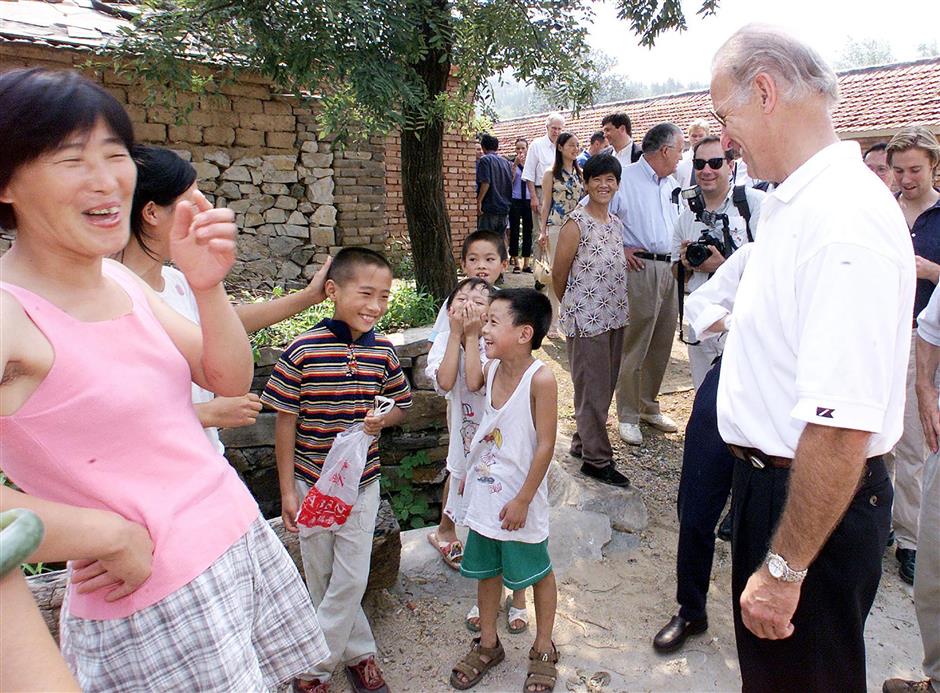 This file photo taken on August 10, 2001, shows villagers reacting with laughter as US Senate Foreign Relations Committee Chairman Joseph Biden (right) talks to 9-year-old Gao Shan (third left, in the striped shirt) during a visit to the village of Yanzikou, north of Beijing.

'I wish him luck'

The couple didn't realize that the man who had visited back then was actually incoming US President Joe Biden until AFP reporters took back archive photos of his 2001 visit to show them this week.

In the decades since, rapid economic growth in China has changed much of the country beyond recognition.

Many of the old stone shacks in Yanzikou have been torn down and redeveloped into two-story dwellings or guesthouses which cater to tourists visiting the nearby Great Wall, one of the New Seven Wonders of the World.

Most residents had a dim recollection of events, but AFP photos taken at the time show children and adults gathered around a smiling Biden.

He also visited the village church and received mass from the priest at the time.

"He was very friendly and intimate, greeting all the Chinese people... he bought one or two popsicles for the kids," recalled Li Hua, a 57-year-old farmer featured in one of the photos.

One of the children, Gao Shan, was 9 when he was pictured shaking hands with the US president-to-be.

"Back then, he wished me well and now he will become the next president — that's awesome," said 29-year-old Gao, who works in sales and still lives in the village.

"If they don't cause trouble with China, they can come back anytime."