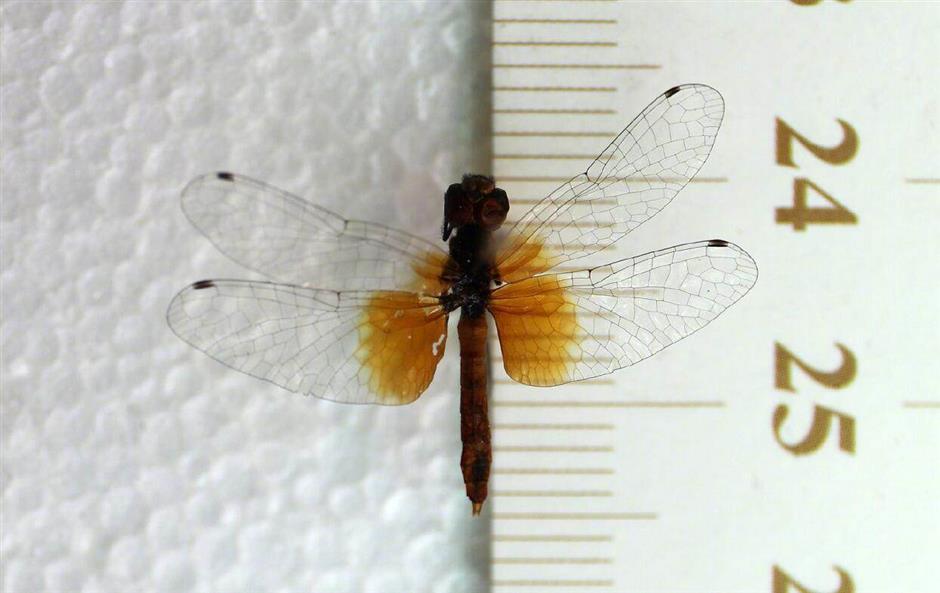 A Chinese museum said it has found the world's smallest dragonflies in terms of body length in samples collected from southwest China.

The samples from Sichuan Province were identified as those of Nannophya pygmaea, commonly known as scarlet dwarf, with the smallest adult specimen having a body length of about 15 mm, according to the Insect Museum of West China.

Zhao Li, curator of the museum, said among the more than 10 samples collected in August, the average body length of an adult male was 16.5 mm and an adult female measured 16 mm. The previous record for the smallest dragonfly stood at 17 mm.

Nannophya pygmaea is the smallest known dragonfly, mostly found in Southeast Asia and tropical parts of China. Previous records show that the body lengths of adults measured between 17 and 19 mm.

Zhao said the samples come from a scarlet dwarf population in an alpine gorge region in Sichuan, the northernmost habitat for such dragonflies in China. The mountains may have isolated the population, allowing it to evolve independently to have a different body type.

There are approximately 5,000 dragonfly species in the world. China is home to more than 990 species, more than any other country, according to the museum, one of the largest insect museums in Asia.