"I don't want to be an Internet celebrity," said He Jiaolong, the 41-year-old Sichuan-born vice county head of Zhaosu. "I hope Zhaosu will be a place made famous so that people want to visit, and our agricultural products become Internet famous."

She learned to ride horses in order to inspect pastoral areas inhospitable to four-wheel vehicles. She was surprised to rise to Internet fame.

"Shooting these videos is really a coincidence," He said. "I invited two horse lovers to help us promote local tourism on social media. We borrowed the costume from a local art troupe. They posted my horse-riding videos on Douyin and received enthusiastic responses."

Thousands of horses galloping in the snow in Zhaosu 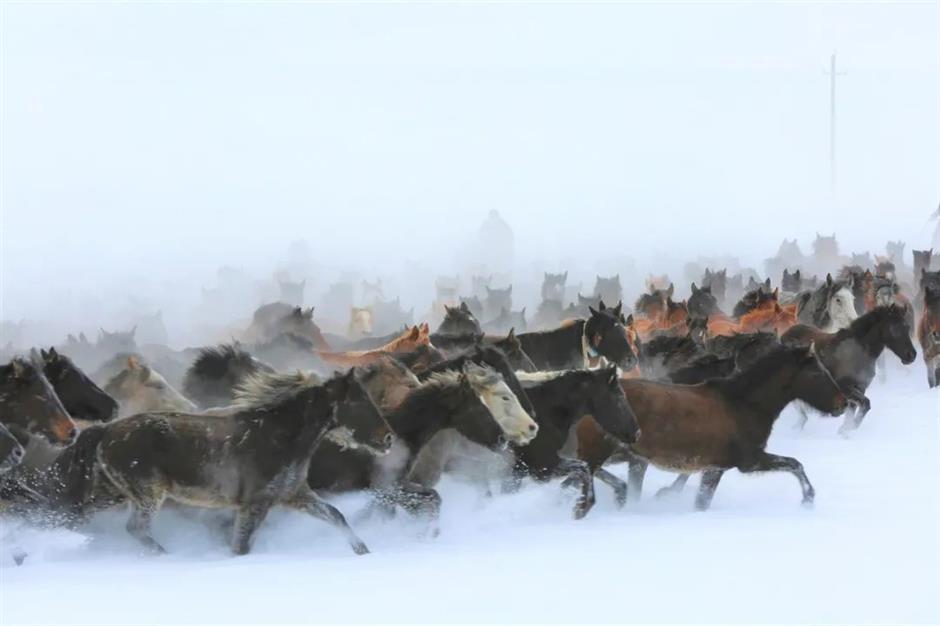 Wild horses are prevalent in the region.

Zhaosu, located in northern Xinjiang Uygur Autonomous Region, was dubbed the "hometown of horses." When winter comes, tourists flock to see thousands of horses galloping in the snow.

He become a champion of local specialties and agricultural products, and in May began posting videos on Douyin, a popular Chinese video-sharing platform, to promote local products and tourism. 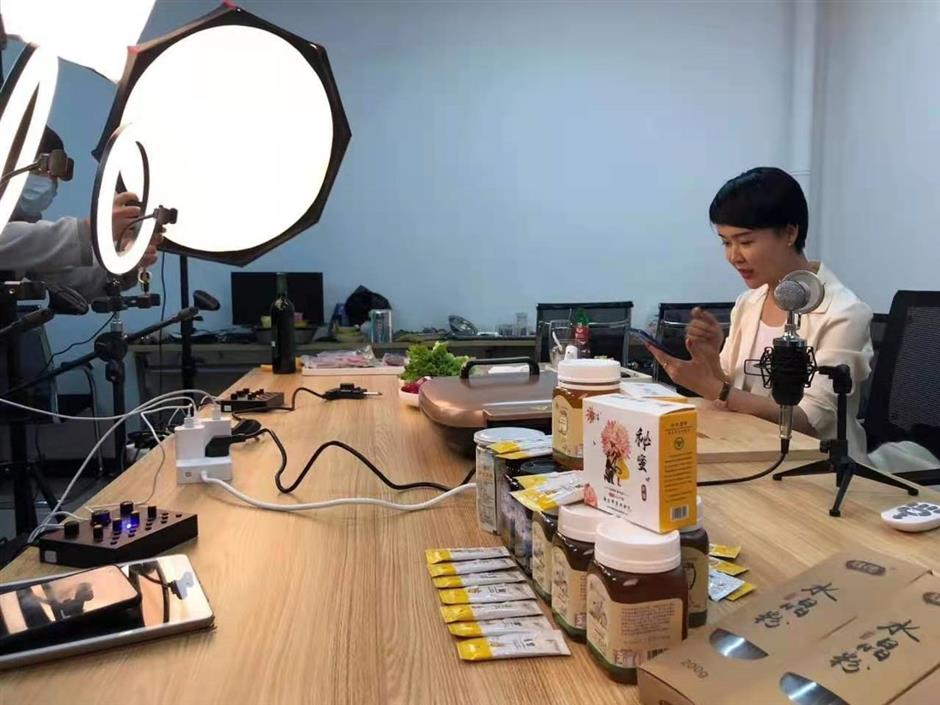 He Jiaolong livestreaming on social media to promote local specialties and agricultural products.

He has close to a million followers and has posted 177 videos on the platform so far. With more than 140 livestreaming events, she sold local goods worth more than 15 million yuan (US$2.3 million) and received over 1 million yuan in tips on Douyin.

"I will give all my tips and other income from social media to promote public welfare, and help the elderly and children of ethnic minorities," He said. "My followers gave their love to me and I hope to pay that love forward."