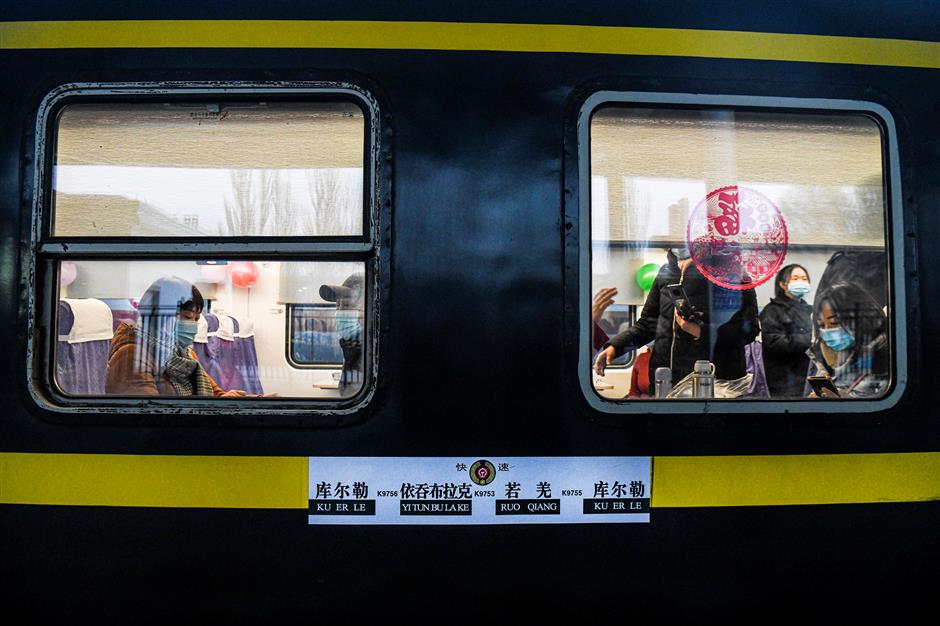 A major railway line linking northwest China’s Xinjiang Uygur Autonomous Region and Qinghai Province was put into operation on Wednesday, paving the way for the accelerated development of the country’s western region.

The 1,206km Golmud-Korla railway, linking the city of Golmud in Qinghai and the city of Korla in Xinjiang, is the third railway facilitating exchanges between Xinjiang and other regions.

Construction was divided into two sections, with the length of the Xinjiang section topping 734km. The Qinghai section was operational in June this year. The line, which can be used for passenger and cargo transport services, will cut the travel time between Golmud and Korla from about 26 hours to roughly 12 hours.

Compared with previous railway transportation, the distance from Korla to Golmud to transport the company’s refined oil will be reduced by 800km and the freight charge cut by 25 percent, Cao said.

The Golmud-Korla Railway crosses a variety of landscapes including deserts, plateaus and mountains as well as natural reserves, and boasts an altitude difference of more than 2,500 meters.

A raft of steps such as building passages for wildlife migration have been taken to minimize the impact on the local environment and animals.

The line has also avoided a major wildlife water source at the cost of extra investment.

The Golmud-Korla Railway is a key national rail project. China’s railway network had a total length of 141,400km by the end of July, including 36,000km of high-speed railways, according to the national railway operator.