"Wearing white gloves, holding the Luoyang shovel, dusting off the half-hidden artifact, now I feel like a real archeologist."

That was the reaction of a visitor to the Henan Museum in central China's Henan Province when he tried out one of its "'Lost Treasure" blind boxes.

It comes in three packages — hereditary, legendary, and epic — each of which may contain a valuable artifact.

"After elaborate clean-up, the shape of a rabbit head was revealed and it turned out to be an exquisite bronze stamp," the visitor said.

A picture of the mini-excavation experience was shared on Chinese social media platform Douban. 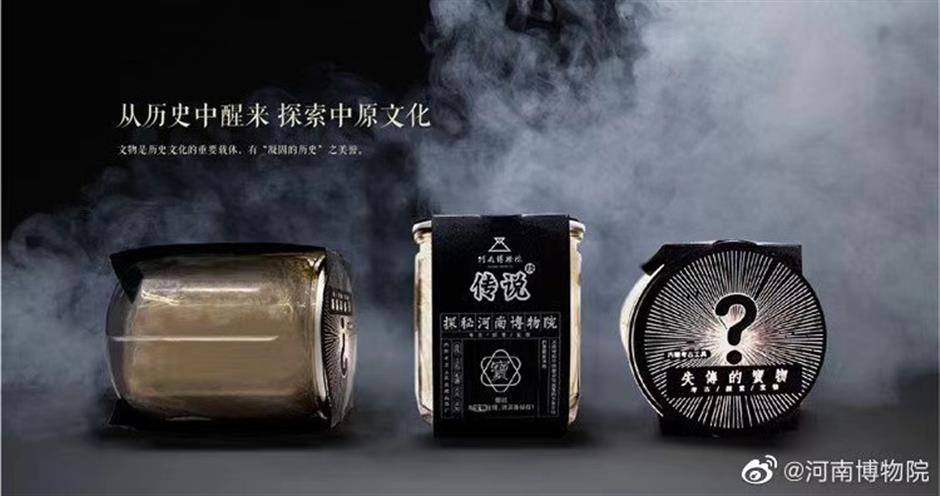 Unlike traditional blind boxes, the Lost Treasure series contains more than 30 mini duplicates of real artifacts housed in the Henan Museum and other museums across China and made from materials such as bronze, ceramics and jade. 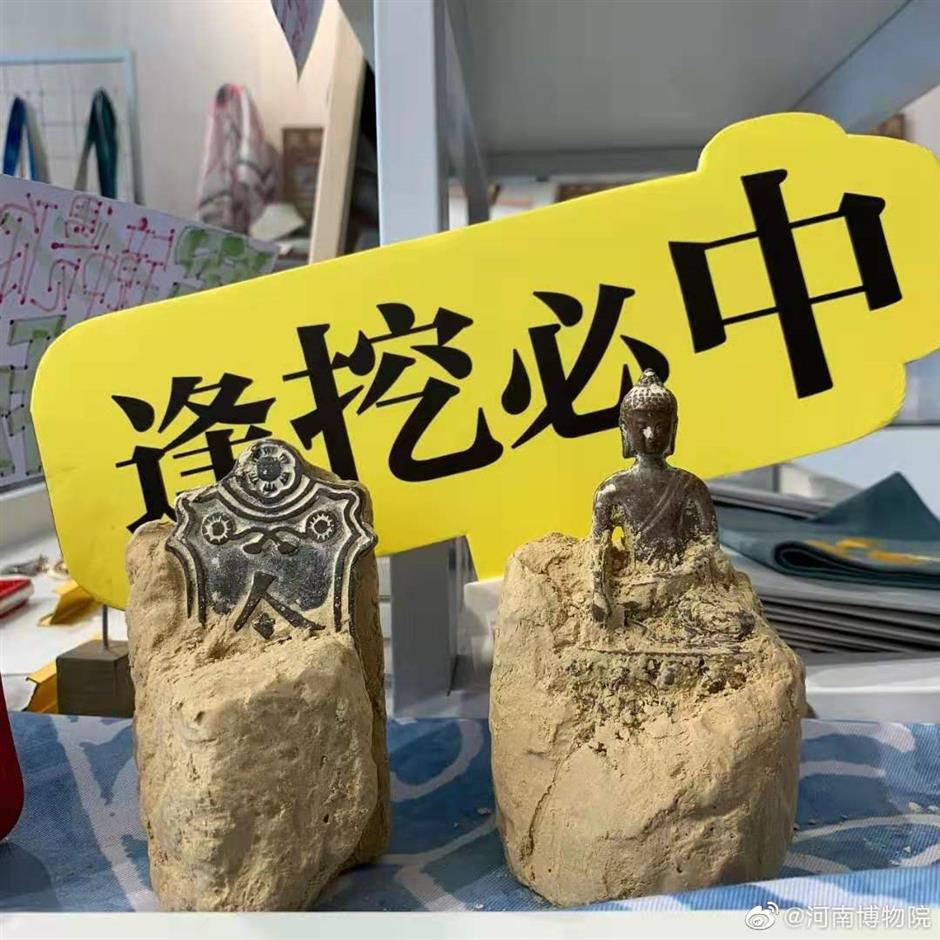 A Buddha statue and a memorial tablet from the Henan Museum.

To simulate the real excavation process, the soil wrapping the lost treasure is mixed with clay from Mangshan Mountain in Luoyang, where a dozen royal mausoleums for many dynasties were excavated.

Each box also comes with a brush and a tiny Luoyang shovel, a special tool used in real archeological excavations which was first used by grave robbers before adopted by archeologists. 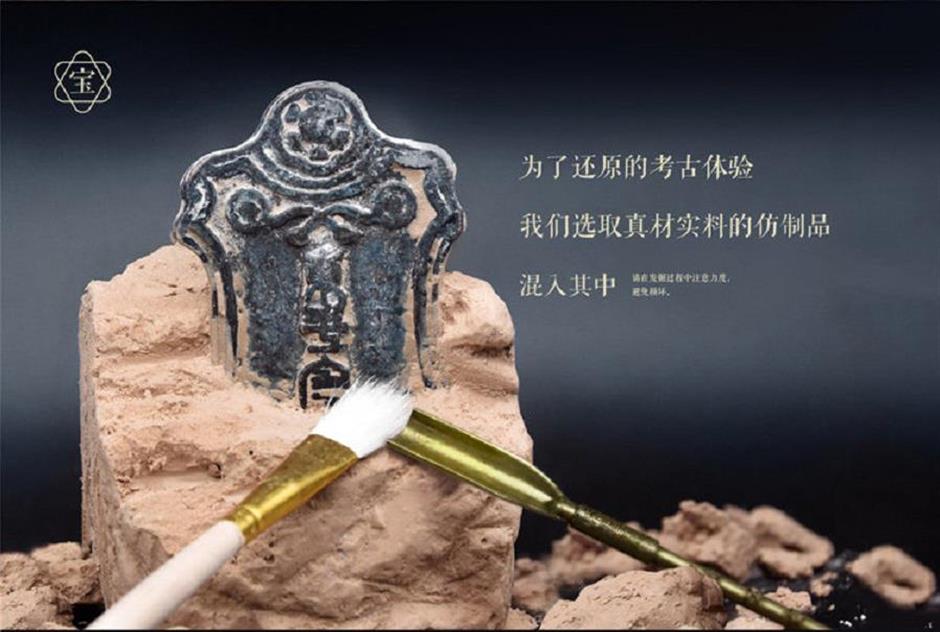 A mini brush and shovel contained in the blind boxes.

A few days ago the museum launched another batch of 600 blind boxes on its online store and they sold out in just 35 seconds, causing many frustrated fans to demand more be produced.

Ma Xiaolin, curator of Henan Museum, said the Lost Treasure series craze was the result of a combination of the blind boxes being highly sought after by young people and seemingly archaic and daunting archaeology, turning passive learning into an active experience.

To cash in on the growing trend for blind boxes, the Shaanxi Museum in Xi'an, capital of Shaanxi province, introduced their own series based on bronze ware from the Shanghai and Zhou dynasties. The Palace Museum in Beijing has blind boxes that contain little figurines inspired by Chinese mythological creatures. 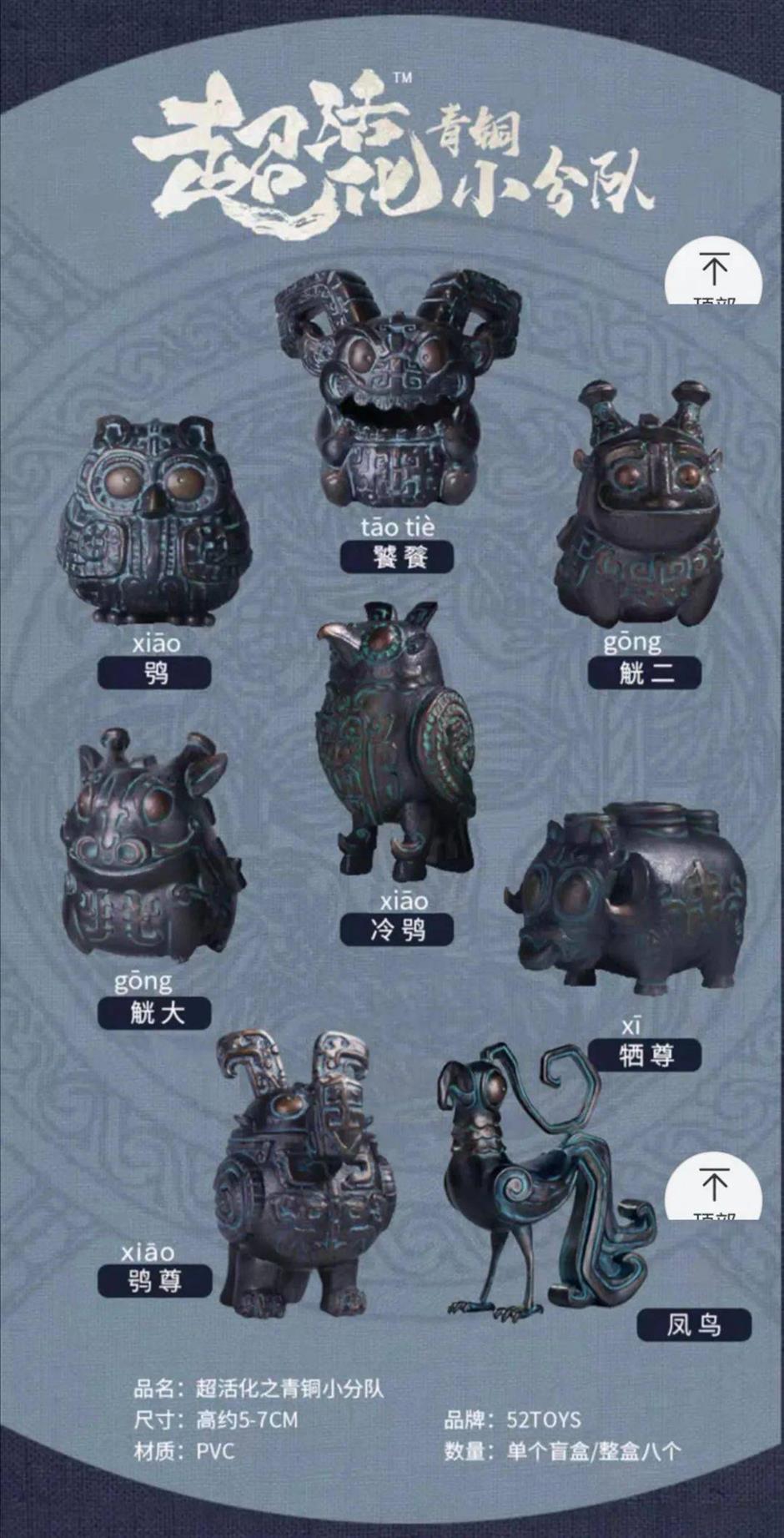 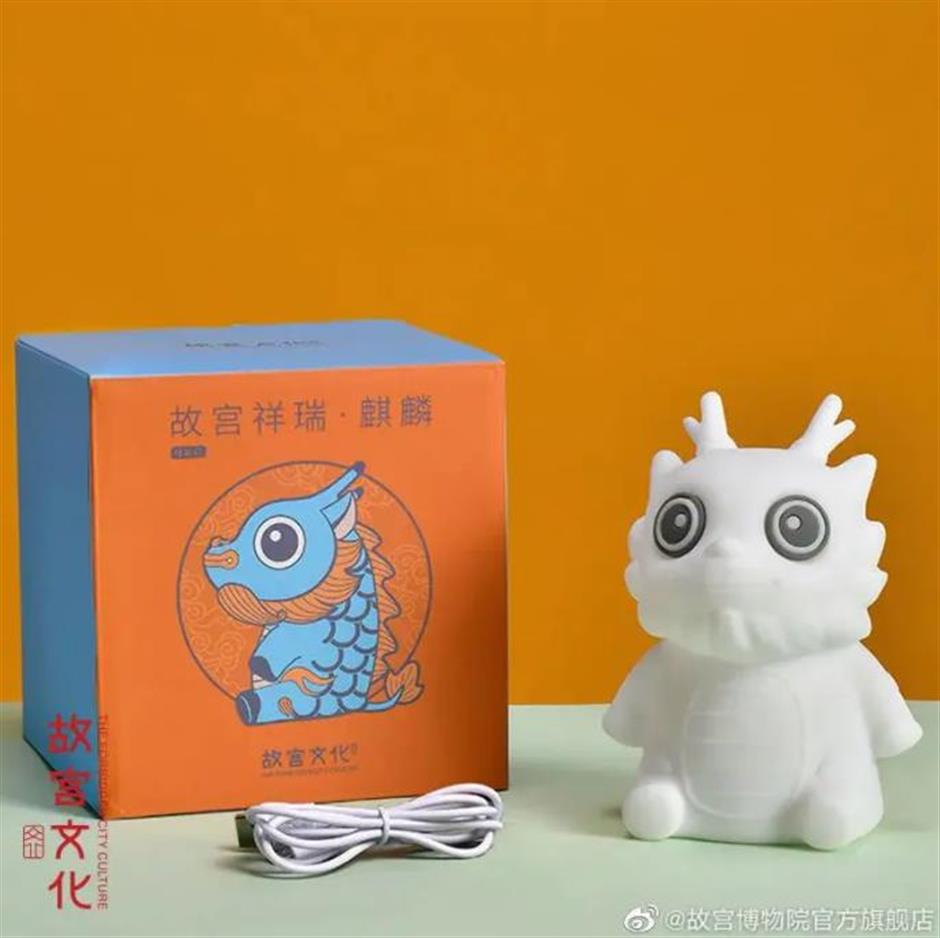 The Kylin, a Chinese mythological creature, from the Palace Museum.