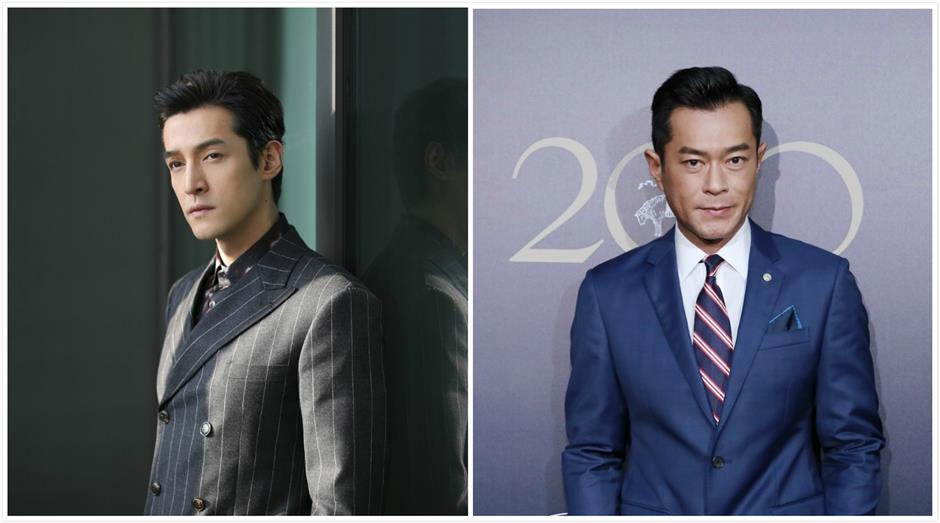 A new species of Nemouridae discovered in southwestern China has been named after Chinese actors Hu Ge and Louis Koo Tin-lok for their contributions to education and environmental protection, according to an academic article published in the International Journal of Ecology.

In the article, titled "A New Species of Nemoura (Plecoptera: Nemouridae) from Sichuan Province, China," published on February 5, 2021, the species is officially named Nemoura hugekootinlokorum. The specific name is treated as a noun in the genitive plural case following Article 31.1.2 of the International Code of Zoological Nomenclature (4th edition), it said.

It revealed that the species is named in honor of the two renowned actors "as an appreciation for their contribution to elementary education and environmental preservation in the mountainous areas of western China."

Hu Ge, 38, is well-known for his portrayals in television dramas like "Chinese Paladin" and "Nirvana in Fire," and the film "The Wild Goose Lake." According to media reports, since 2005, he has remained involved in charity activities, providing donations to earthquake-stricken Wenchuan, in southwest China's Sichuan Province, and the establishment of a hope primary school in southwest China's Yunnan Province.

He visited earthquake-convulsed Wenchuan as the UNICEF Ambassador in 2008 and 2009 and set up his charity foundation. Although he seldom talked about his charitable deeds publicly, reports say that he has donated to build a number of primary schools, clinics, and wells in western China's Guizhou, Gansu provinces and Guangxi Zhuang Autonomous Region.

The International Journal of Ecology was founded in 2012 and is sponsored by Hans Publishers. It is an international Chinese journal focusing on the latest developments in the field of ecology, and is on the core list of journal publications covered by the Research Center for Chinese Science Evaluation (RCCSE).