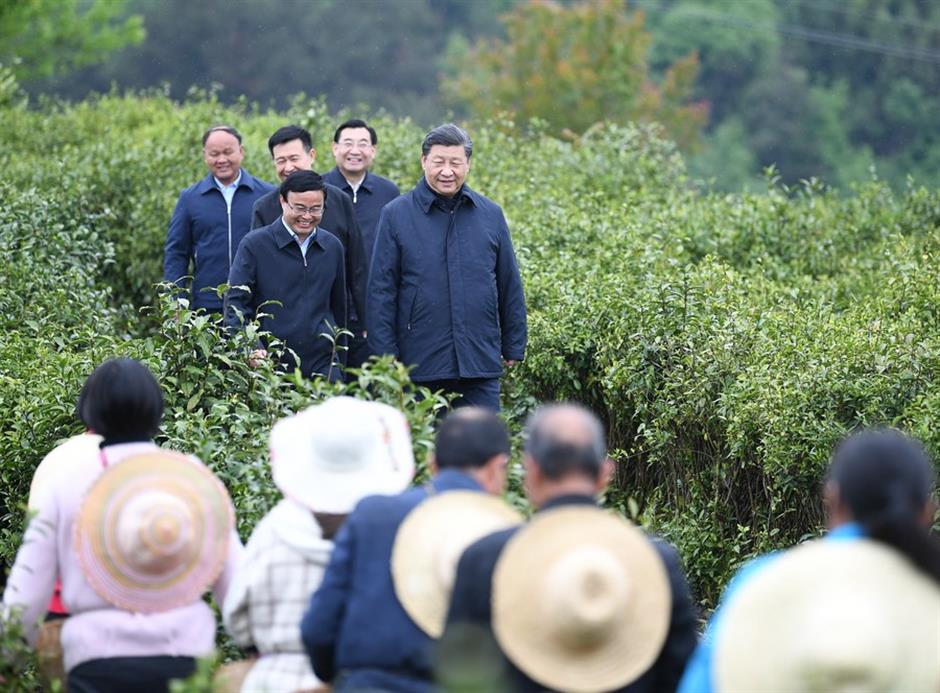 Chinese President Xi Jinping announced on Thursday that China has secured a "complete victory" in its fight against poverty.

Xi, also general secretary of the Communist Party of China Central Committee and chairman of the Central Military Commission, said absolute poverty has been eradicated in the world's most populous country, home to over 1.4 billion people.

Xi made the announcement while addressing a grand gathering held in the Great Hall of the People in Beijing to mark the nation's poverty alleviation accomplishments and honor model poverty fighters.

With absolute poverty eliminated, China has created another "miracle" that will "go down in history," Xi said in a televised speech.

The high-profile event was presided over by Premier Li Keqiang and attended by other senior Party leaders Li Zhanshu, Wang Yang, Wang Huning, Zhao Leji, Han Zheng — all members of the Standing Committee of the Political Bureau of the CPC Central Committee — and Vice President Wang Qishan. 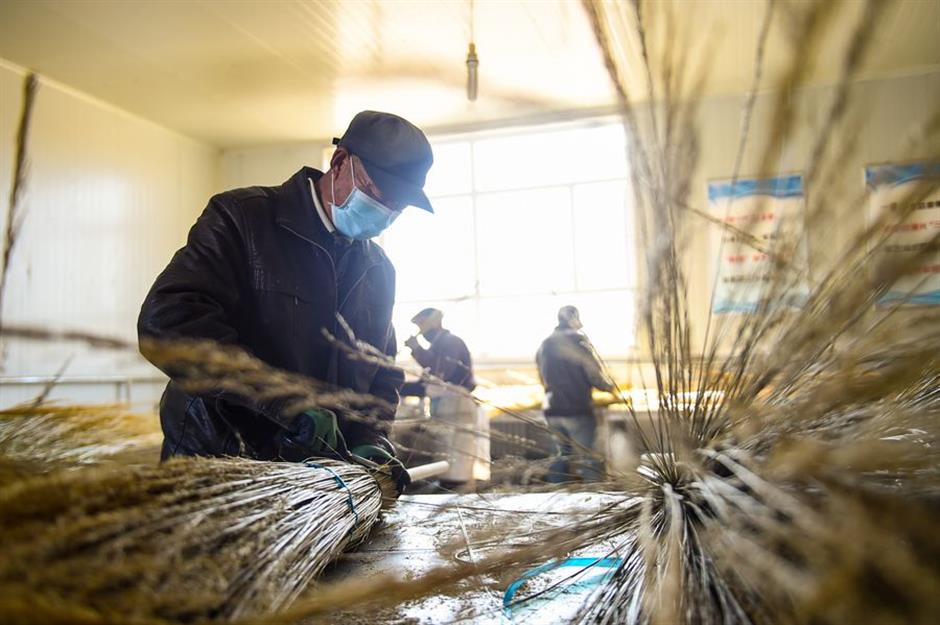 Under Xi's leadership, China launched a monumental anti-poverty campaign on a scale unseen anywhere in the world.

Over the past eight years, the final 98.99 million impoverished rural residents living under the current poverty line have all been lifted out of poverty. All 832 impoverished counties and 128,000 villages have also been removed from the poverty list.

The country has met the poverty eradication target set out in the United Nations' 2030 Agenda for Sustainable Development 10 years ahead of schedule.

Combined with poverty-reduction results since the late 1970s, China is responsible for over 70 percent of the global reduction in poverty over the period, World Bank statistics have shown.

UN Secretary-General Antonio Guterres acknowledged the success of China's anti-poverty campaign over the past few years, calling it "the most important contribution" to the global poverty reduction cause.

"No country has been able to lift hundreds of millions of people out of poverty in such a short time," Xi said.

At Thursday's gathering, Xi presented medals, certificates and plaques to role models from the country's anti-poverty fight. He also joined other Chinese leaders in presenting awards to individuals and groups for their outstanding achievements in the fight against penury.

The recipients include villagers, Party members dispatched to villages to fight poverty, grassroots officials and college researchers. Some of them were honored posthumously.

Shi Jintong, a village Party chief in central China's Hunan Province, accepted an award on behalf of his village. Shi's village — Shibadong — is where Xi, during a visit in 2013, put forward the "targeted poverty alleviation" strategy that was instrumental in the success of China's poverty eradication campaign.

"I feel so honored to meet the general secretary again, yet I am confident at the same time as we have accomplished the task of poverty eradication," Shi said.

But not all of China's anti-poverty champions lived to see this day.

Over the past eight years, more than 1,800 people died fighting poverty on the front lines.

Xi acknowledged these fallen heroes at Thursday's event, saying that their sacrifice and contributions "will never be forgotten by the Party, the people and the republic." 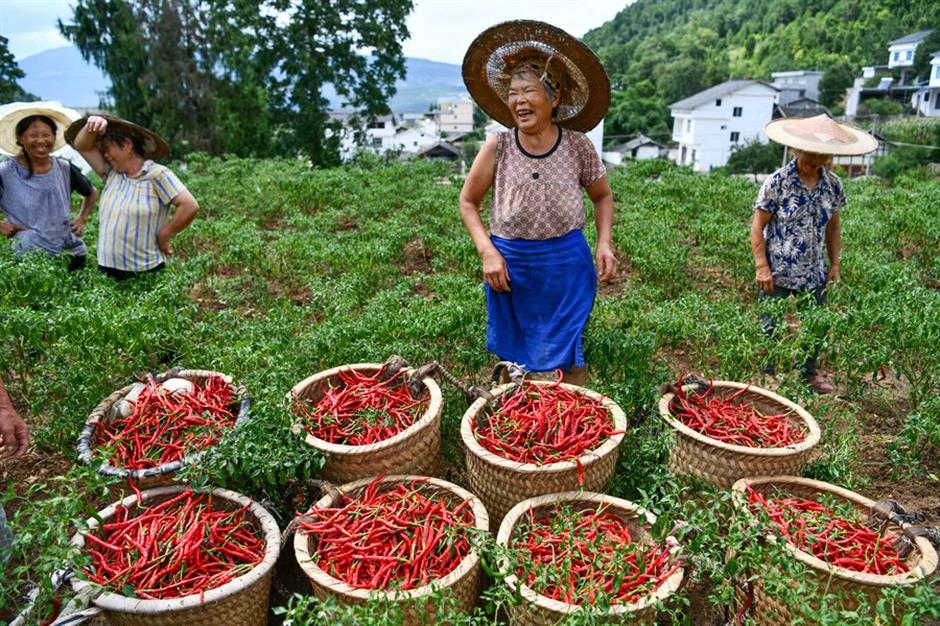 He underlined the role of Party leadership, which has provided a "political and organizational guarantee" for China's poverty alleviation efforts.

Poverty relief work has been led by the centralized and unified leadership of the CPC with its 90 million members. Party chiefs at all levels were required to assume the primary responsibility for achieving the campaign's ambitious targets. Over 3 million public sector officials were sent from cities and towns to villages to fight poverty "on the front lines."

Funds were channeled to assist the fight. Nearly 1.6 trillion yuan (about US$246 billion) of fiscal funds have been invested into poverty alleviation over the past eight years.

China also leveraged the political advantage of its socialist system, which can bring together the needed resources to accomplish great tasks. This enabled massive programs, such as those pairing up better-off provinces with others in need to tackle poverty.

The country's strategy of targeted poverty alleviation was also highlighted.

Xi said poverty eradication is an important embodiment of the Party's fundamental purpose of "whole-heartedly serving the people." 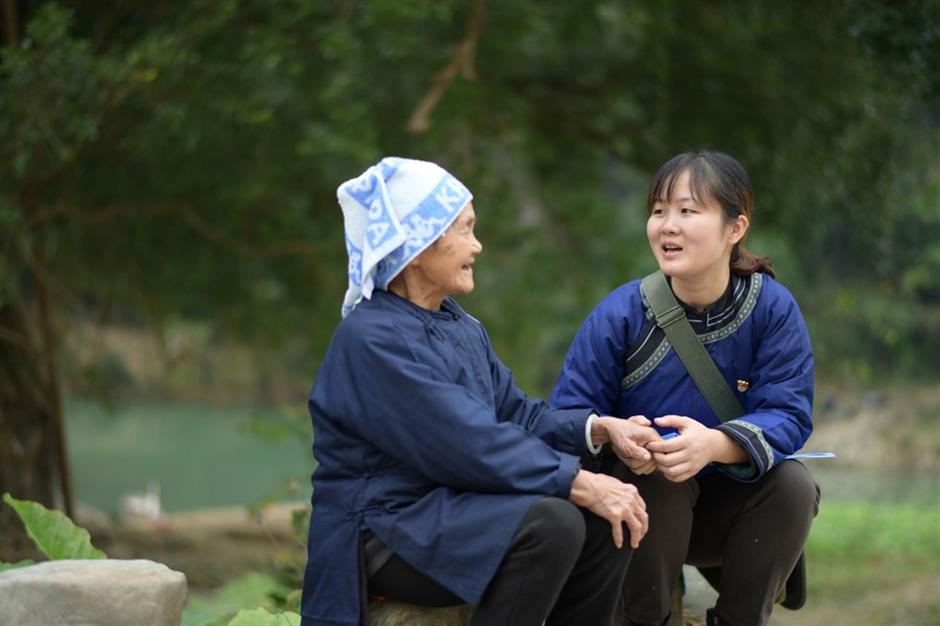 Building on its victory in eradicating poverty, China is moving on to push for higher-level development in its rural areas.

Shaking off poverty is not the finish line, but the starting point of a new life and new endeavor, Xi said in the speech, demanding efforts to consolidate poverty alleviation achievements and initiate a dovetailing drive of "rural vitalization."

The rural vitalization strategy was proposed as a key move for the development of a modernized economy at the 19th CPC National Congress in 2017.

More detailed plans of the strategy were unveiled in the Party leadership's proposals for formulating an economic and social development plan for the 2021-2025 period and long-term goals through the year 2035.

China on Thursday inaugurated a new Cabinet body on promoting rural vitalization, which was transformed from the State Council Leading Group of Poverty Alleviation and Development.

In his speech, Xi said efforts must be made to prevent any large-scale relapse into poverty, and identifying solutions to problems concerning agriculture, rural areas and farmers must be the top priority of the Party's work.

"China will attach greater importance to the pursuit of common prosperity," he said. 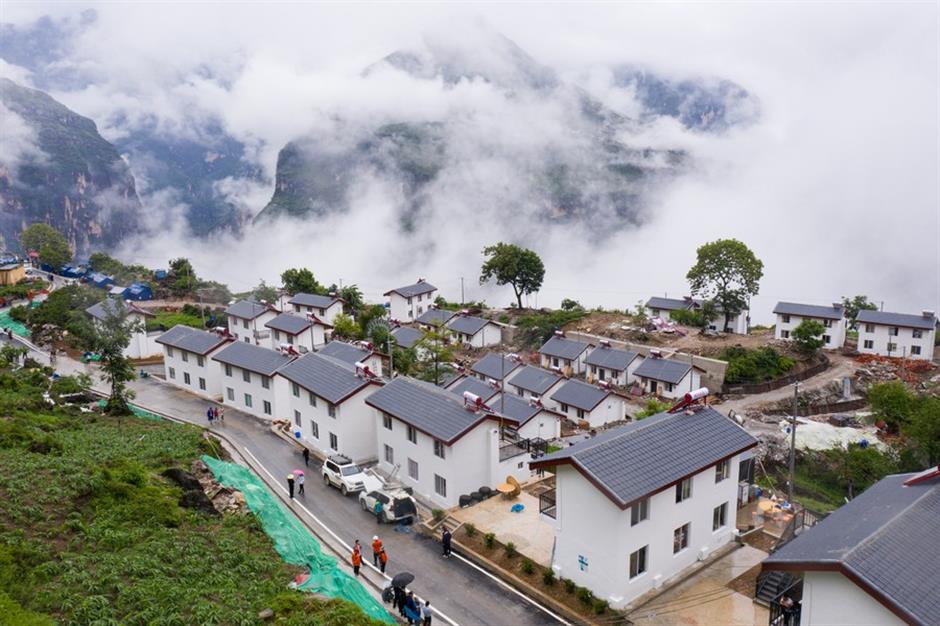