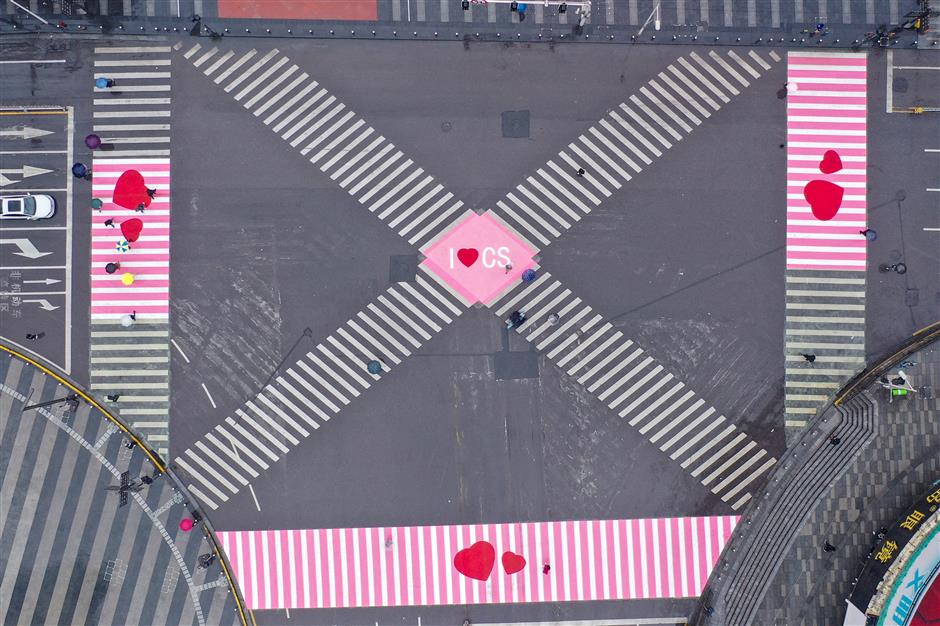 The pink zebra walking in Changsha, with the words "I LOVE CS" written at the intersection.

The city of Changsha in central China's Hunan Province marked International Women's Day on Monday with a special offering — a pink zebra crossing.

The crosswalk, which is located at Jiefang West Road in downtown, has been painted pink and white and dotted with red hearts, with the words "I LOVE CS" written at the intersection.

Many passersby took pictures and posted short videos on social media platforms such as Douyin and Weibo, with captions saying they "felt the love from the city."

The crosswalk is part of Changsha's "pink campaign" to bring female citizens a sense of romance.

Three metro lines in the city have introduced special pink carriages, with one of them offering pink seats. One of the city's bus lines has also launched a pink bus, and many taxi dome lights have also turned pink.

On Monday evening, a light show will be staged on the facade of skyscrapers along the city's iconic Xiangjiang River. Pink lighting stretching more than 20 km has also been installed on both banks of the river.

"On March 8, I received a surprising romantic gift from the whole city," read an online comment.