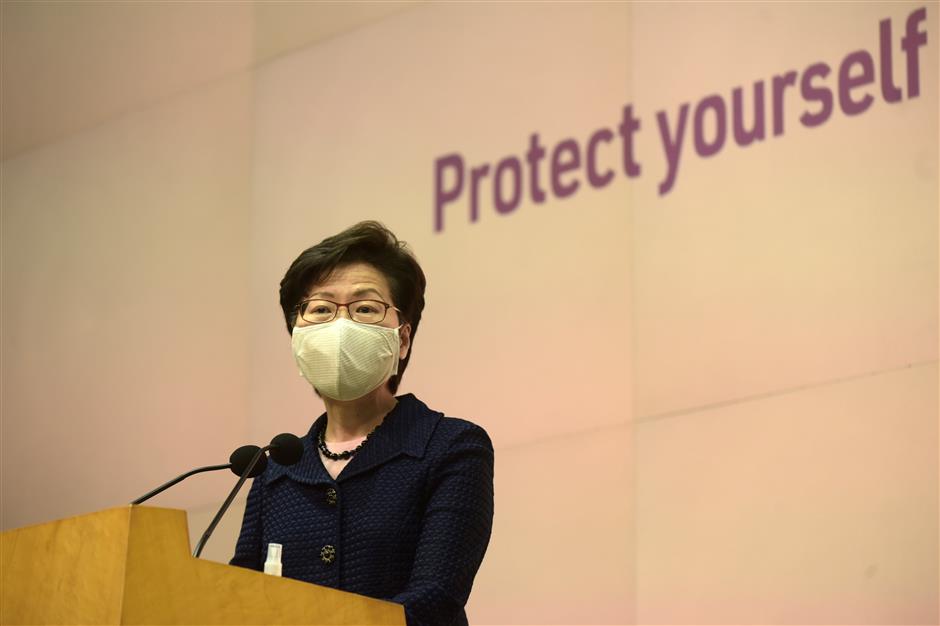 Lam disclosed the election timetable for the next 12 months at a press conference in the afternoon.

Apart from the LegCo election, members of the Election Committee will be determined in September and the HKSAR Chief Executive will be selected in March 2022, Lam said.

Lam made the remarks after China's top legislature on Tuesday voted unanimously to adopt the amended Annex I and Annex II to the Basic Law of the HKSAR.

Lam said the HKSAR government will spare no effort to push forward the amendments to the local electoral legislation.

The government will propose an omnibus bill that contains over 20 amended principal and subsidiary ordinances to the legislature in mid-April, Lam said, adding that she hopes the draft electoral legislation will be adopted by the end of May.

To hammer out the work agenda, Lam met with LegCo President Andrew Leung on Tuesday.

The LegCo has set up a subcommittee on improving the electoral system that can turn into a bills committee after the first reading of the draft legislation, Leung said in a statement, adding that additional meetings will be arranged from mid-April so that the deliberation work will be able to advance at full speed.

Leung also said the sixth-term LegCo will continue to operate till the end of the year.