Rescue underway after coal mine floods in Xinjiang 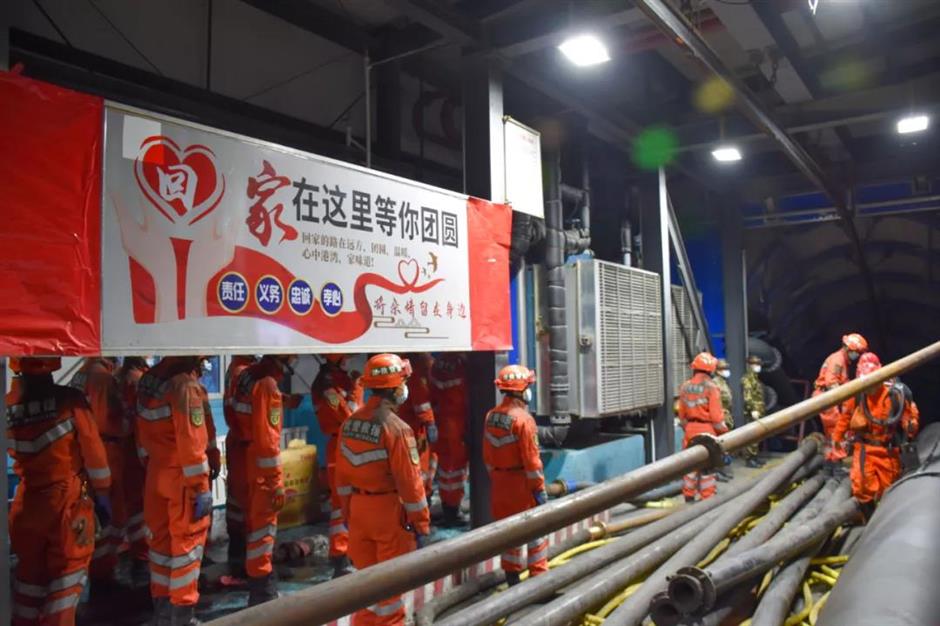 Rescuers at the Fengyuan mine in Hutubi County, the Hui Autonomous Prefecture of Changji, Xinjiang Uygur Autonomous Region, China, April 11, 2021.

Rescue work is underway after a coal mine in northwest China's Xinjiang Uygur Autonomous Region was flooded on Saturday, trapping 21 miners, local authorities said on Sunday.

The accident occurred at 6:10 pm on Saturday, when 29 workers were upgrading the coal mine in Hutubi County, the Hui Autonomous Prefecture of Changji. Eight people have been rescued.

The workers are trapped approximately 1,200 meters underground, according to Bao Yongsheng, deputy head of Changji. Ma Xin, director of Changji's emergency management bureau, said that the underground environment is very complex and drainage is the foremost concern at present.

Three sets of drainage equipment are pumping out water at speeds of 450 cubic meters per hour. A fourth set is currently being installed and is expected to double efficiency once in operation.

The rescue forces are actively attempting to contact the trapped miners.