Police crack down on violators of pandemic control rules 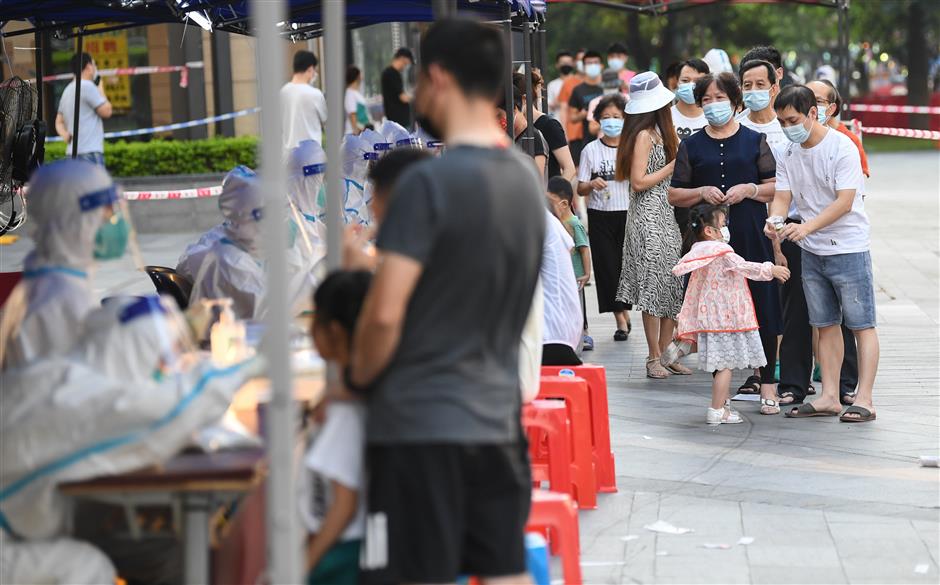 People wait to get tested for COVID-19 in Guangzhou's Liwan District on June 8.

Several people in south China's Guangdong Province have been detained or punished by police for violating pandemic-control rules and spreading online rumors, as the southern province is still battling the resurgence of coronavirus cases.

A confirmed COVID-19 patient in Guangzhou, the provincial capital, was detained for deliberately concealing his travel history and visits with parents who tested positive for the disease, Yang Bingsheng, spokesperson and deputy director of the Guangzhou Public Security Bureau, said on June 8.

On May 25, the man surnamed Zhu visited his parents who tested positive for COVID-19 on May 30. He was phoned by the epidemiological surveyors about whether he had contacted them on May 31, which he denied.

Later, Zhu developed symptoms including a fever and cough. He visited hospitals on June 2 and 4, and didn't tell doctors about his travel history or visit with his parents.

Until Zhu was confirmed and isolated on June 6, he had visited many public places, including hospitals, grocery stores and football fields, placing a massive number of residents under lockdown for observation.

He was detained under the charge of hindrance of pandemic control and prevention.

In a second case, three men from Liwan District in Guangzhou were given administrative punishment for violating stay-at-home orders and going out to fish on June 7.

In a third case, a man in Shenzhen was given a five-day administrative detention for making up rumors about the coronavirus, local police said on June 8.

The man surnamed Li claimed a woman contracted the virus after having a date with a man in Guangzhou. She then came to Shenzhen, triggering wide screenings in the city. The rumors were widely circulated online, attracting huge amounts of attention.

Currently, 170 cases are being treated in Guangdong hospitals.