Flood waters still pose a threat for many villages in Henan

Flood waters are refusing to recede in many parts of central China's Henan Province, over a week after torrential rains hit the region.

Residents of Sizhuang Village, located outside of Hebi City, are battling against time to keep flood waters from entering their farm-side homes. 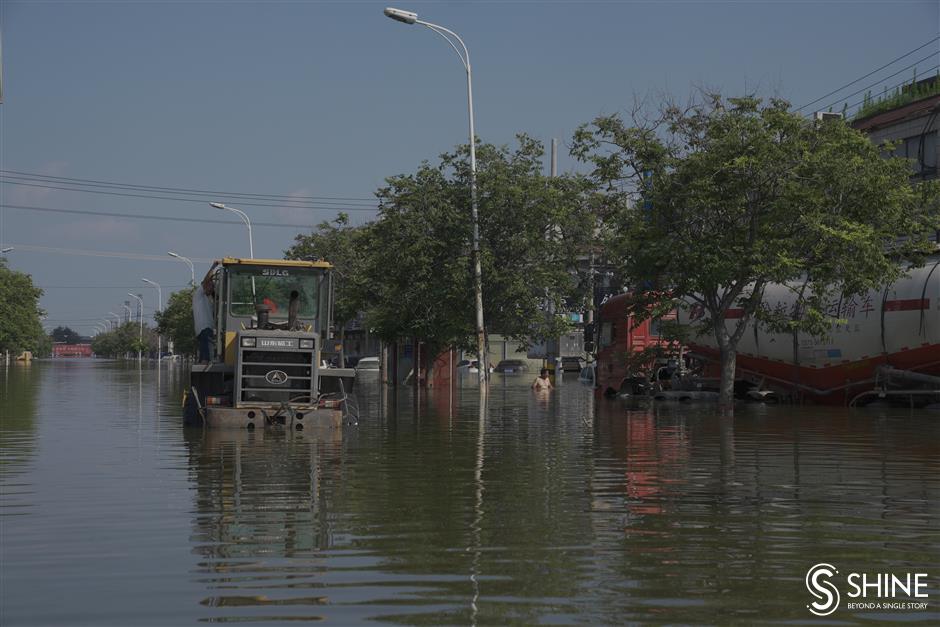 The village is home to around 1,000, about one tenth of whom are constantly building makeshift dams to stop rising waters. The neighboring village of some 5,000 residents is already completely flooded, and all residents have been evacuated. 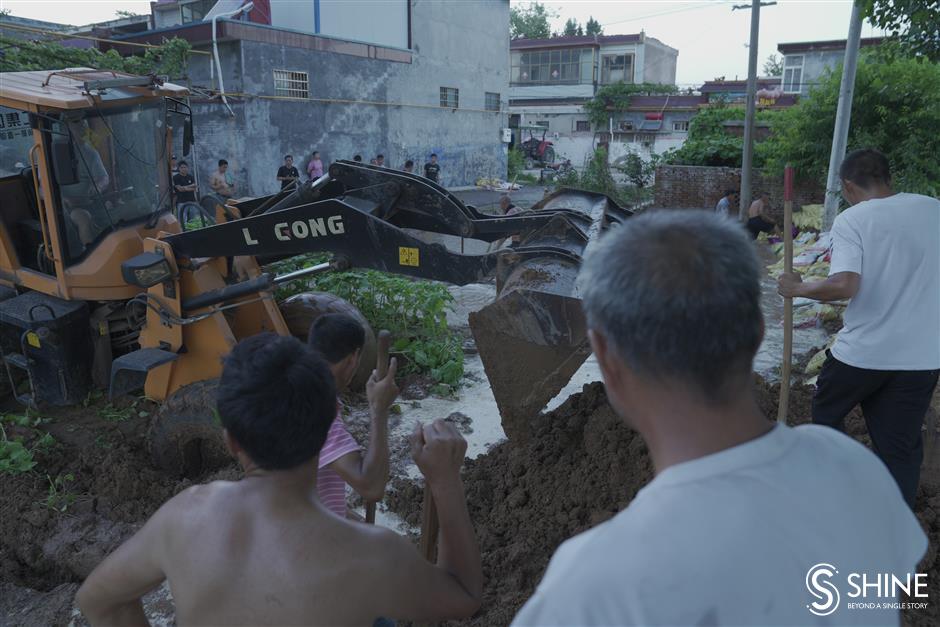 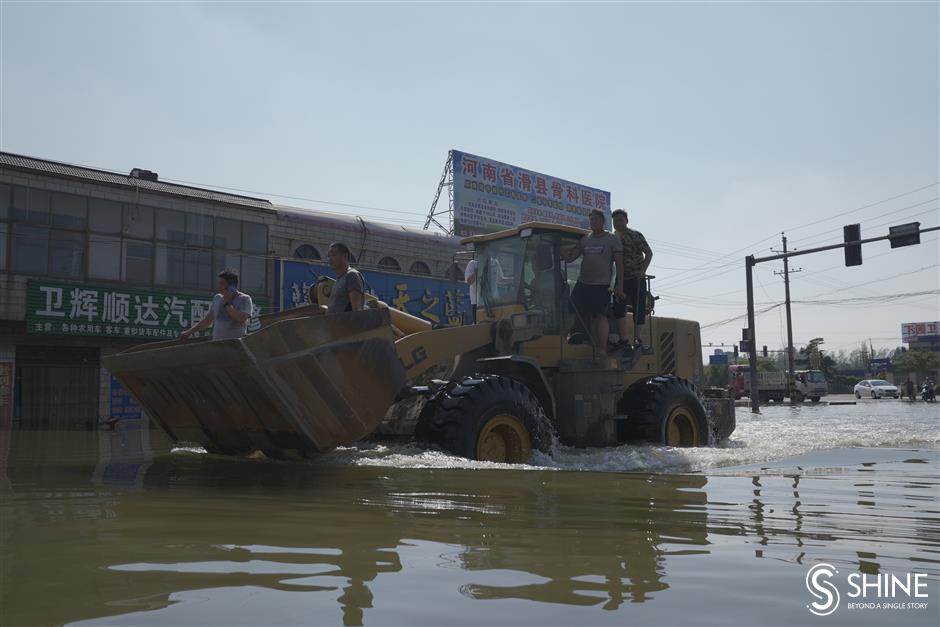 A bulldozer works around the clock bringing loads of dirt from one end of the village back to the waterline, which used to be a road, while residents with shovels to create a barrier just meters from the doorsteps of some local homes.

At the same time, teenagers from the village are tasked with operating a gas powered pump which sucks water that has made it into the village back out again. The hose is constantly clogged with debris, forcing them to stop the pump often and unclog it.

One teenager, who wished not to be named, said there are villagers working around the clock trying to win the battle against the rising water.

"We're afraid (our dam) might burst, so someone needs to always keep watch," he said. "So even at night someone will be here keeping an eye on things."

The villagers, although clearly exhausted, were in good spirits. 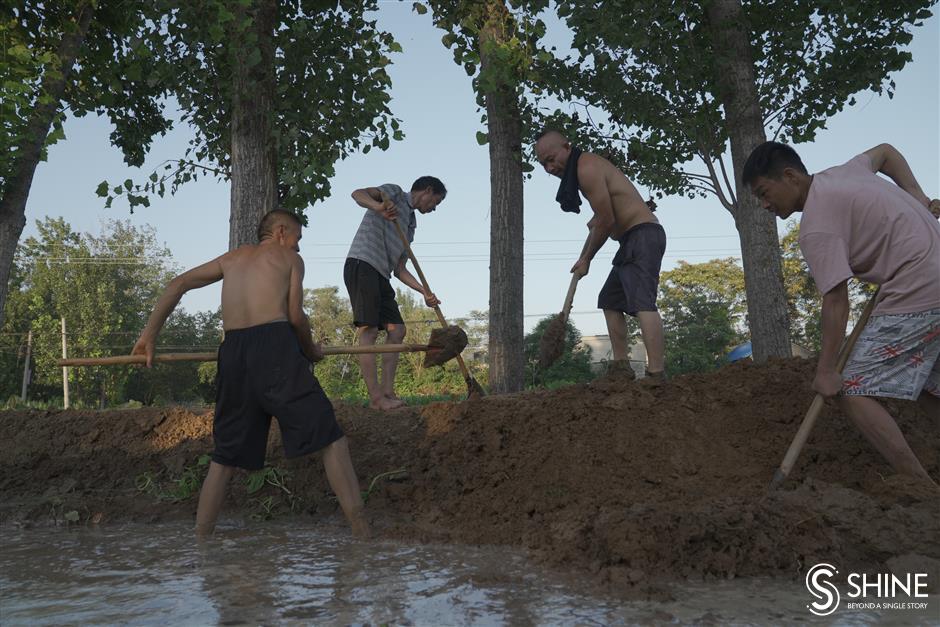 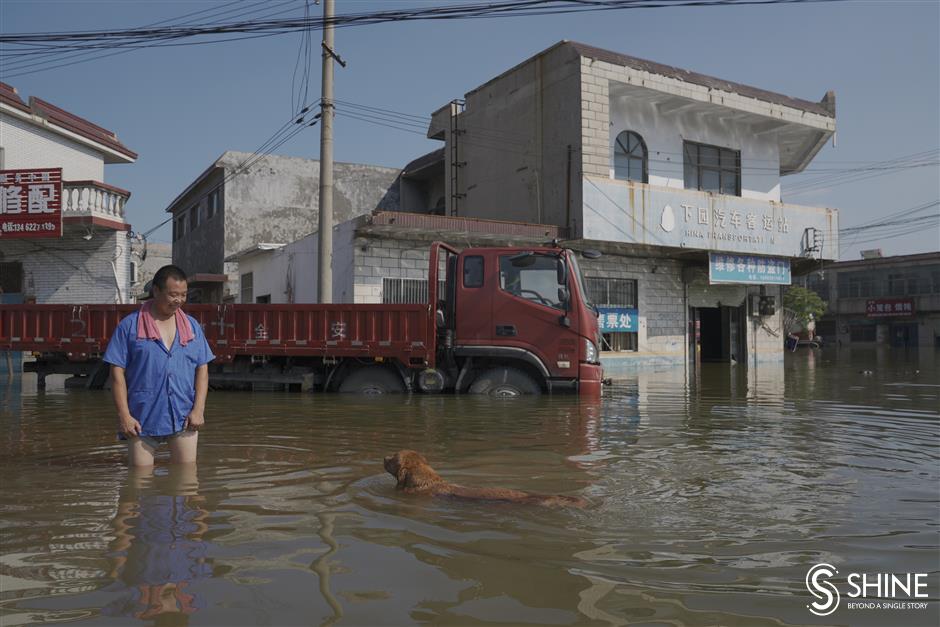 "There are about one or two hundred on the job," he said. When asked if he expects the water will continue to rise, his answer was short and sharp: "Yes."

Xiayuan Village, not far away, remains under a meter of water, with residents unsure of when they might be able to return home and start the cleanup.

A resident, who wished not to be named, said the flood waters rushed into the village at around midnight on July 21, catching residents completely by surprise.

The village is located next to the Weihe River, which has burst its banks in many places, flooding countless villages and towns.

Some residents of the village were requesting help online from visiting rescue teams still in the area.

Professional private search and rescue teams from all over China descended on Zhengzhou and its surrounds when the flooding began. 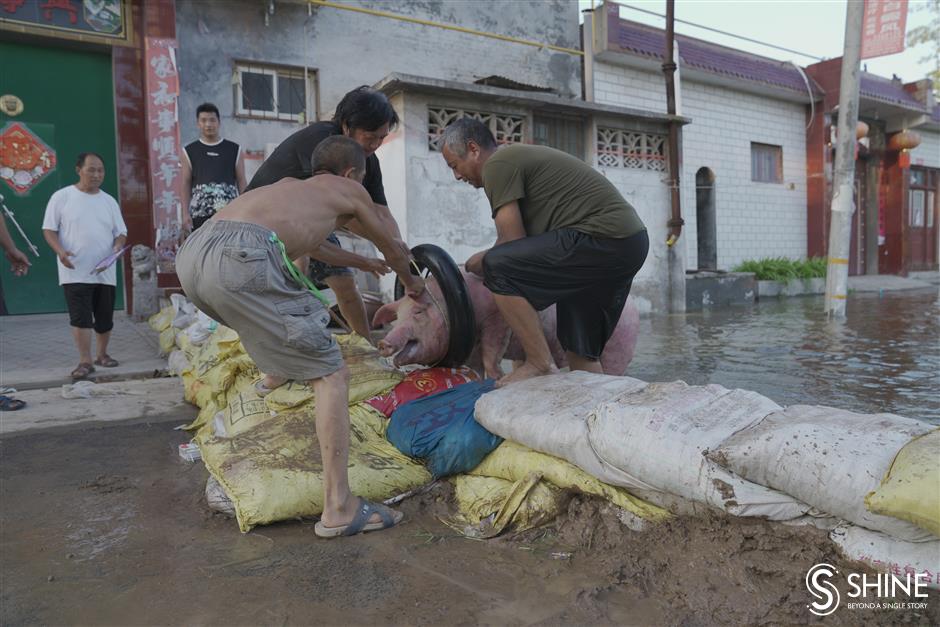 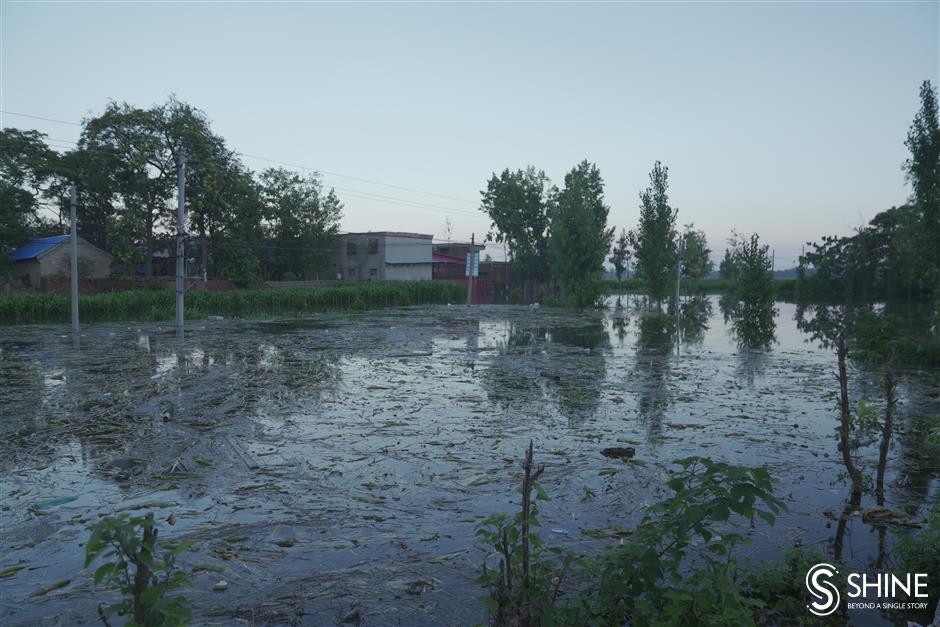