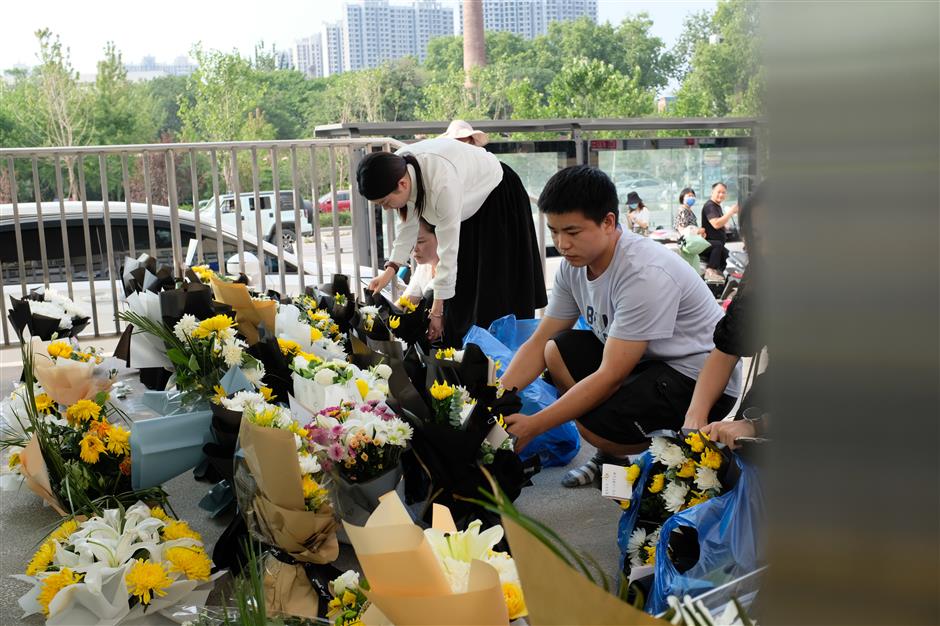 People lay flowers in front of Shakou Road Station to offer their condolences.

Zou Deqiang was visiting Zhengzhou on business from Shanghai and was stranded in the subway carriage on July 20 when record torrential rains hit central China's Henan Province.

The death toll in Metro Line 5 has risen to 14 as two more bodies were discovered on July 24-25, Zhengzhou government said today.

Zou left the carriage with other passengers when the train stopped in the tunnel near Shakou Road Station, according to colleagues accompanying him. But as people moved along the tunnel, the powerful torrent swept up Zou and sucked him into the water. 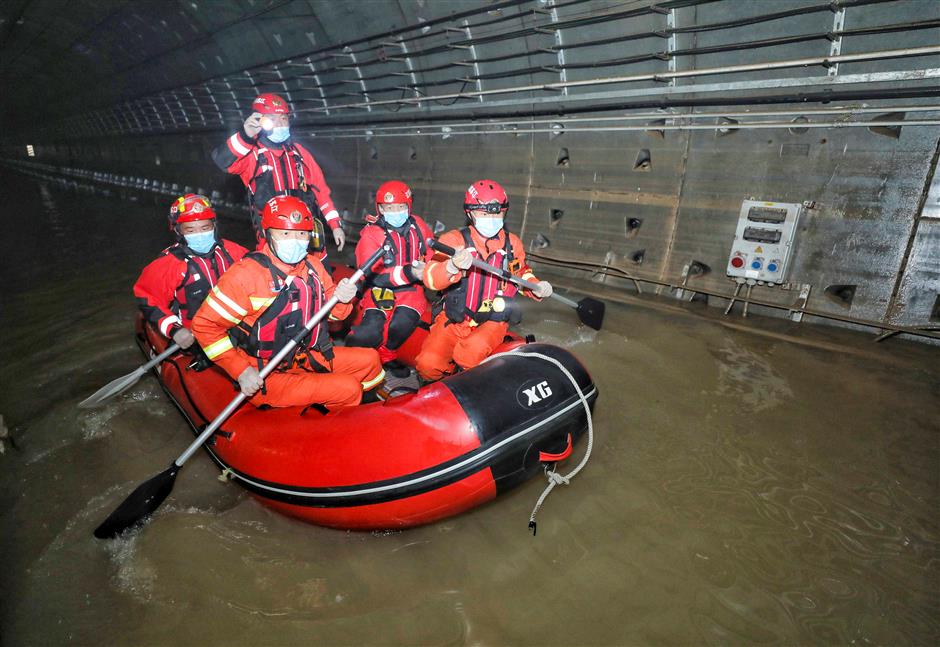 Rescuers search for victims in the flooded tunnel of Metro Line 5 in Zhengzhou, capital of Henan Province, on July 26.

"We were scattered. Then I lost contact with him and never saw him again," a colleague of Zou told The Paper.

Zou's wife, surname Bai, received video clips from her husband before he got lost. The day after the Line 5 flooding, Bai posted a description of Zou and a contact number on her personal Weibo account, in hope of hearing from people who had seen him.

On June 22, she traveled from Shanghai to Zhengzhou when she learned that Zou was not among the 500 trapped passengers evacuated by rescuers and there was a possibility people were still in the tunnel.

Bai conducted a sleepless vigil around Shakou Road Station's entrance, blaring messages from a handheld loudspeaker like "Cheer up, husband! I'm coming for you!" and "Zou Deqiang! Mom's here! Just hang in there and wait for the rescue!"

Eventually, search and rescue efforts on the morning of July 25 found an unidentified body in the tunnel, and DNA tests on Monday confirmed it to be Zou.

People have been laying flowers, wreaths, cards and candles outside Shakou Road Station to offer their condolences.