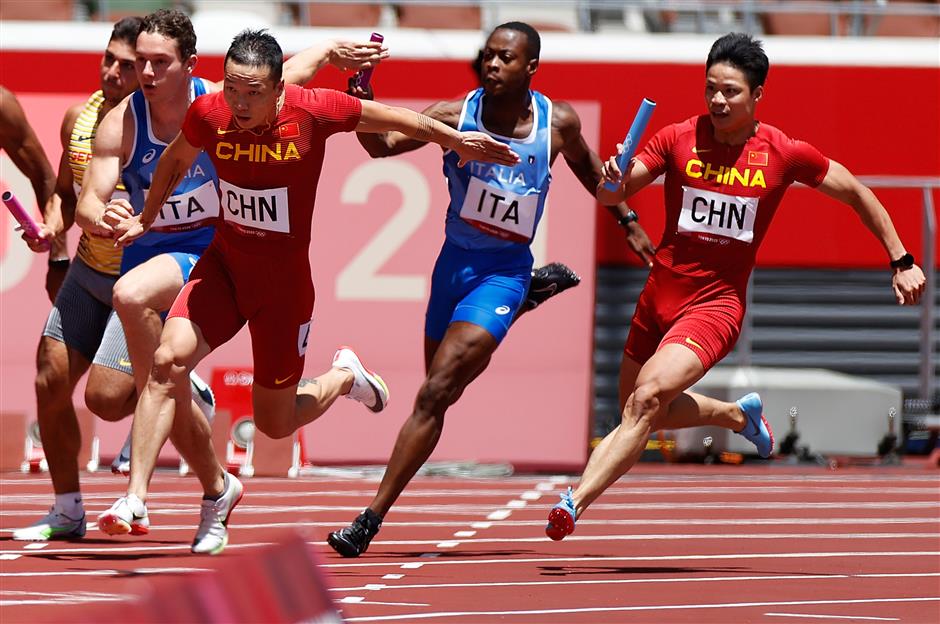 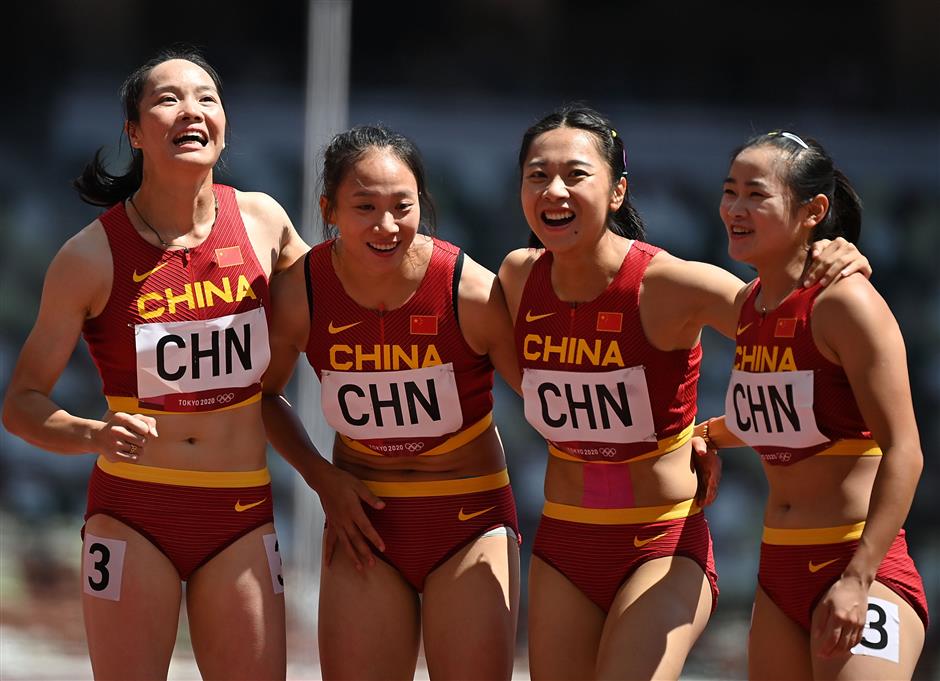 China's women's and men's 4X100m relay squads made it to the finals at Tokyo Olympics on Thursday.

It is the first time that both the men's and women's quartets of China advance into the final at the same Olympic Games.

China's women's team finished third in the heat as Liang Xiaojing, Ge Manqi, Huang Guifen and Wei Yongli combined for a 42.82 seconds, qualifying to the final after 21 years of waiting since Sydney Olympics.

"We were in good form today," said veteran Wei. "After suffering setback at Rio 2016, we were so happy that we realized our dreams."

Men's 100m finalist Su Bingtian led the men's 4X100m squad with Xie Zhenye, Tang Xingqiang and Wu Zhiqiang. They won the heat at 37.92 seconds, second best among the eight finalists, only behind Jamaica.

"We aimed to break the national record in the final," said Asian record holder Su.

The United States' men's team failed to qualify to the final as they ranked a disappointing sixth in the heat. 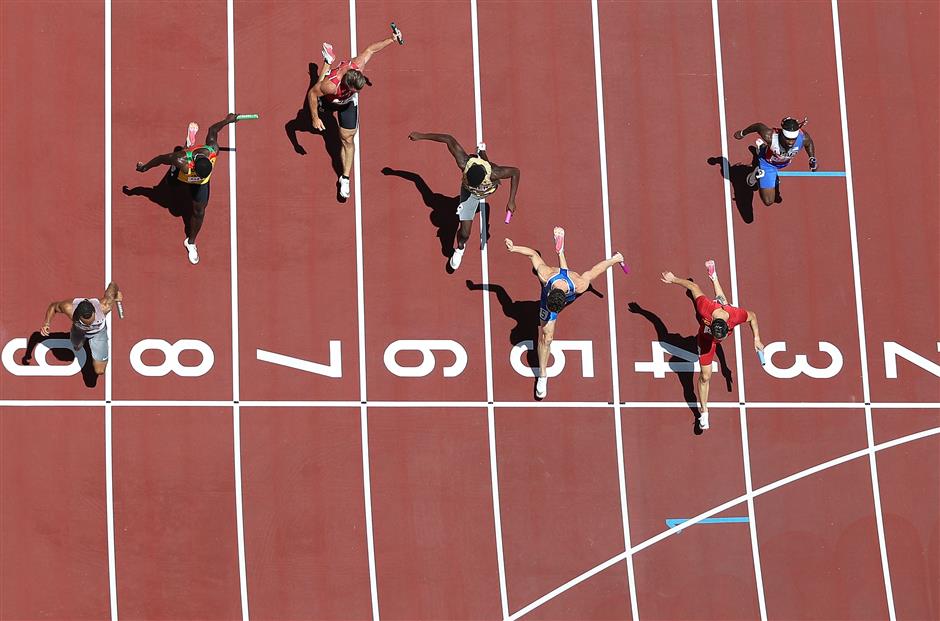