Hangzhou, a national leader for rural and urban transport connections

Hangzhou's Tonglu County and Lin'an District were included in the 41 national outstanding examples of "integration of rural and urban public transport" projects by the Ministry of Transport last week.

The ministry hopes all cities around China can draw experience from these examples to build an efficient logistics system and transport network in efforts to provide residents with a more convenient life.

Tonglu County is the birthplace of China's biggest private express delivery companies and reaps half of the country's delivery revenue.

Shentong, Yuantong, Yunda and Zhongtong express companies were all set up by Tonglu natives. 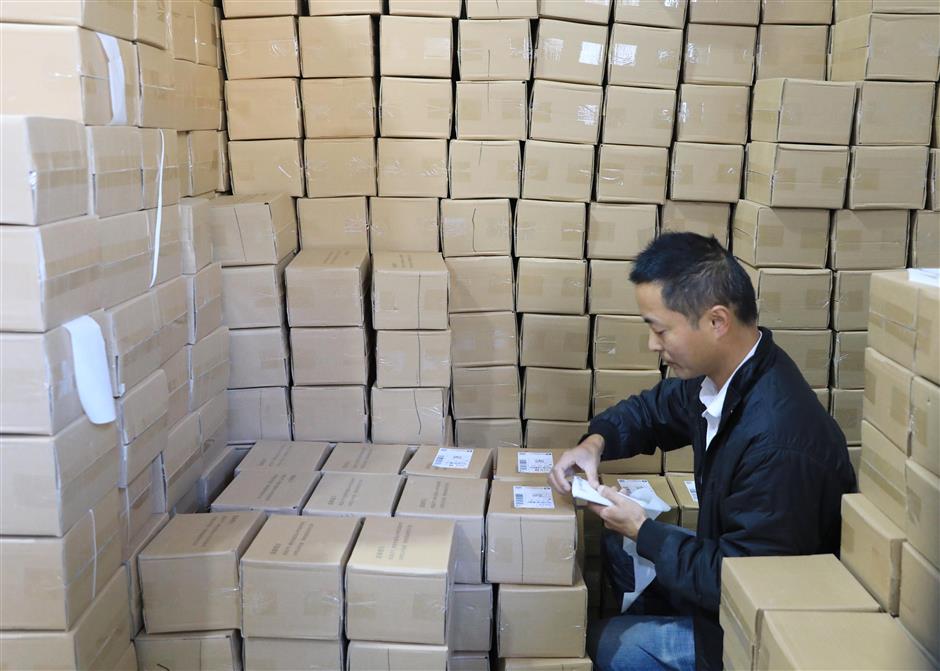 A staff is busy sticking the labels on packages at an e-commerce warehouse in Lin'an District during the Double 11 Shopping Festival last year.

All 181 villages in the county have their own express services and public transport stations. In Tonglu's downtown area, local government has guaranteed the bus coverage extends to 100 percent.

As for Lin'an District, local government has invested 4.79 billion yuan (US$741.4 million) to upgrade roads in a bid to give villagers more access to downtown. Meanwhile, about 32 thoroughfares in downtown, measuring 80 kilometers in total, have been rebuilt.

Local government is also sparing no effort to establish a 30-minute transport circle linking Lin'an and downtown Hangzhou. In the future, a highway, two high-speed train railways and three urban expressways are expected to make up the circle.