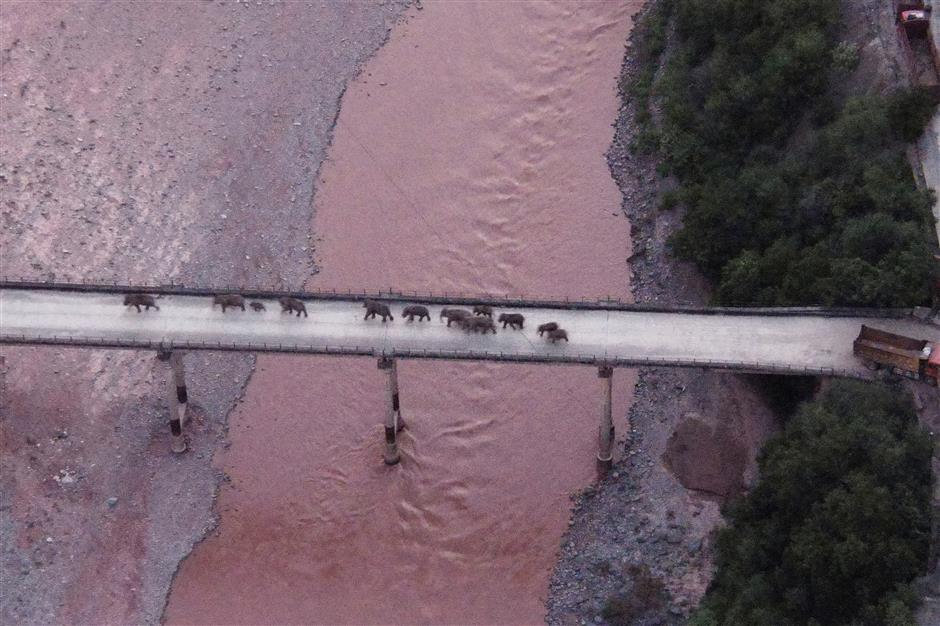 In this photo released by the Yunnan Provincial Command Center for the Safety and Monitoring of North Migrating Asian Elephants, a herd of wandering elephants cross a river on a highway near Yuxi city, Yuanjiang county in southwestern China's Yunnan Province on Sunday.

China's famous herd of wandering elephants has returned to their original natural habitat after their northward trek of some 500 km in southwest China's Yunnan Province, the National Forestry and Grassland Administration said on Sunday.