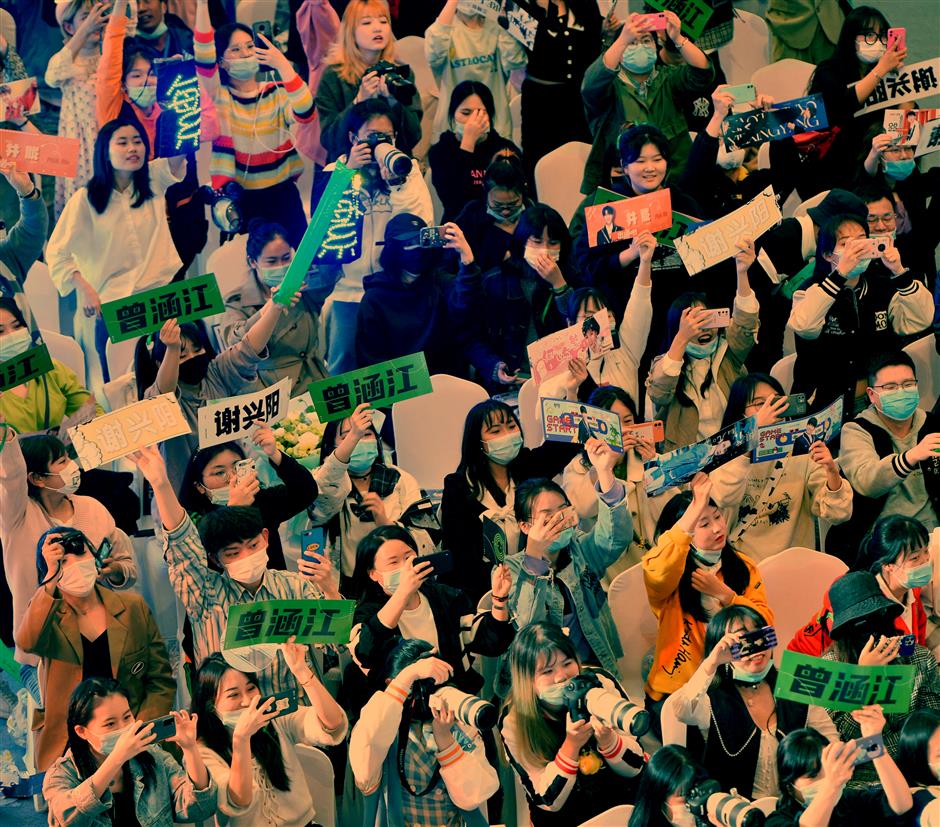 Trending lists ranking the popularity of showbiz celebrities will be banned as China's Internet regulator beefs up its efforts to eradicate "unhealthy fan culture."

The Cyberspace Administration of China published 10 requirements today aimed at further regulating the frantic or improper behavior of worshiping idols among fans, most of whom are young people.

An adjustment to the ranking rules is required to deter fans from spending money to rig the charts, the regulator said. More emphasis should be put on the professionalism of film and TV works instead of the popularity of artists.

Oversight of celebrities' agencies should be tightened as they are not allowed to stoke fights among fan groups, it said. Otherwise their social media accounts will be shut down or suspended.

The social media accounts of fan groups must be managed by the artists' agencies who are responsible for their daily operation, the regulator said.

Online platforms were advised to be on high alert against conflicts involving celebrities. They are required to harshly punish accounts that incite quarrels, spread rumors and curse others. Otherwise, the websites would face hefty fines.

Online communities and groups engaging in organizing fans to buy celebrity merchandise, spread gossip and rig charts should be dismissed, the regulator said.

Online platforms are not allowed to encourage fans to spend money in support of their idols. Online variety shows can not rank contestants based on how many votes his or her supporters buy. Underage children are strictly forbidden from attending irrational fan gatherings or other worshiping behaviors. 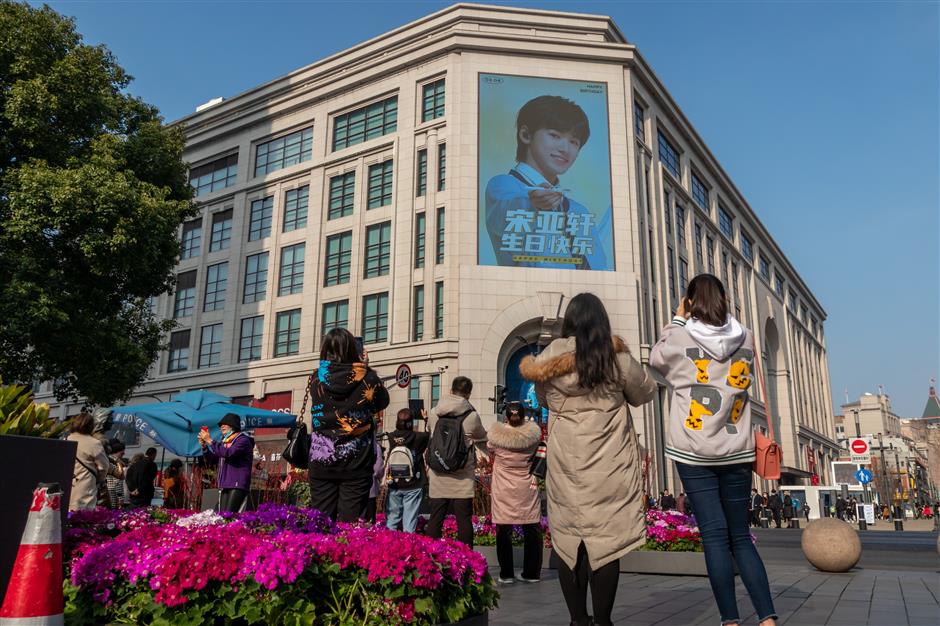 A huge screen outside a shopping mall in Shanghai is rented out by fans to celebrate the 17th birthday of Chinese singer and actor Song Yaxuan on March 4.

A nationwide campaign has been waged against unhealthy fan circles since June to "purify" the online environment.

In May, video footage showing people pouring milk down drains because they only wanted the bottle caps to secure more votes for contestants in a talent show went viral on Chinese social media platforms.

The incident enraged the public and prompted actions from the government.

China's equivalent of Netflix, iQiyi, said on Thursday it would stop showing all "idol competition" programs, calling them unhealthy.

Wu has been arrested by Beijing prosecutors for date-raping women. Zhang was suspended from his showbiz career for posting photos of the notorious Yasukuni Shrine where Japanese war criminals are worshiped. Zheng was fined 299 million yuan (US$46.1 million) by Shanghai tax authorities for evading taxes.