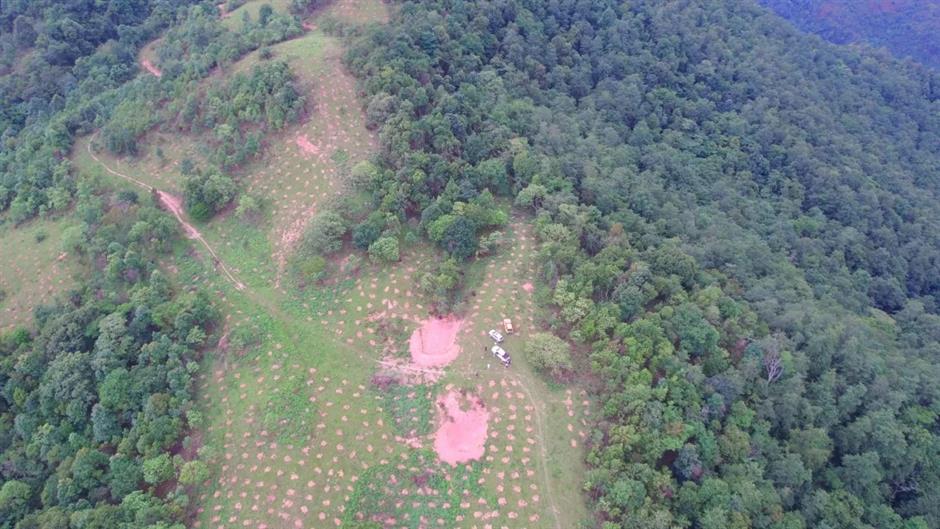 Jinghong City in southwest China's Yunnan Province has planted food resources for elephants over 1,000 mu (66.67 hectares) of land to keep roaming elephants in their habitat and away from people's living areas.

Some of the elephants' favorite food, such as broom grass and plantains, are grown in these areas in Dadugang, Jingne and Mengwang villages so that the wild mammals can stay here without venturing outside and wreaking havoc on farming crops, said Zha Wei, an official with the Forestry and Grassland Bureau of Jinghong City.

Due to increasing protective efforts, the number of wild elephants has more than doubled from around 80 at the end of the 1990s to about 185 now, roaming in a 3,500-square-meter area in Jinghong and the surrounding areas, People's Daily reported.

A herd of 14 wild Asian elephants returned to their natural habitat in Xishuangbanna in August after more than 110 days of wandering. The herd migrated northward as far as Kunming, the provincial capital, before returning home, guided by humans, as the weather cooled.

The cause of the herd's migration is related to the density of wild elephants in their habitat, Zha said, explaining that when the population in a habitat reaches a certain density, elephants will exhibit their evolutionary dispersal behaviors.

Local authorities have also built several salt mud ponds in the food refuges as they contain a high level of minerals and nitrates, which improve elephants' digestion.

By growing these food bases, hopefully Asian elephants can stay at the bases for a longer period of time and do not have to enter living and production areas of the local people for food, alleviating the human-elephant conflict, Zha said. 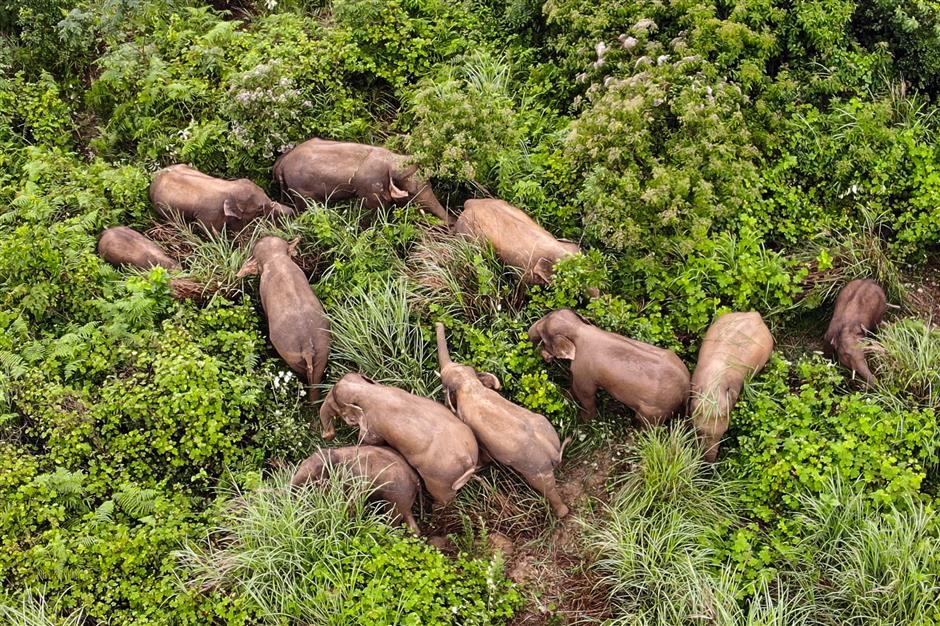 The herd of 14 migrating Asian elephants return to Mojiang County, their natural habitat, in August after wandering for more than 110 days.

Yunnan authorities had previously evacuated more than 150,000 residents from the area to avoid conflict between humans and the migrating herd.

Over 25,000 police officers and staff were dispatched, and a large number of vehicles and drones were deployed to monitor and guide the migrating elephants. Some 180 tons of food have been provided to the elephants during their migration. Many businesses along the migration route even ceased operation while the elephants were passing in a bid to shelter the animals from sound and light disturbances.