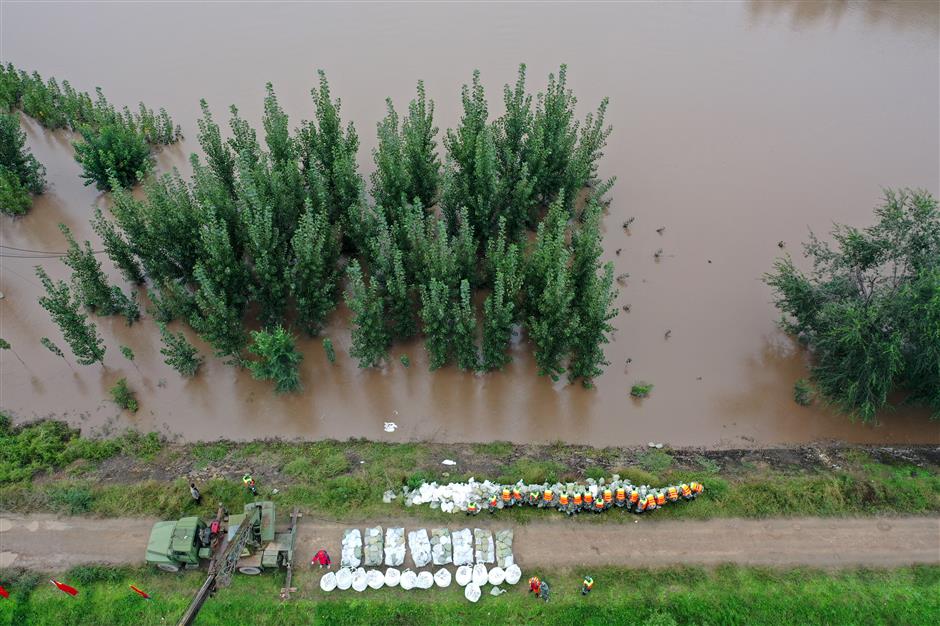 Continuous rainstorms have left 15 people dead and three others missing in north China's Shanxi Province, according to a press conference held on Tuesday by the provincial government.

From October 2 to 7, Shanxi experienced the strongest autumn flood on record. Continuous rainfall has affected nearly 1.76 million residents in 76 county-level regions across the province, and 120,100 people have been relocated.

About 238,460 hectares of crops have been damaged, 37,700 houses collapsed or were seriously damaged, causing direct economic losses of 5.03 billion yuan (US$780 million).

As of 5 pm Monday, the disaster had caused the suspension of 530 high-voltage lines of 10 kV and above, and 332,700 households lost power.

Over 6,021 km of roads were also damaged, resulting in the interruption of 32 sections of expressways, 72 highway sections and 3,238 rural road sections.

Relevant departments in Shanxi quickly responded. As of Monday, 30 blocked sections of expressways across the province had resumed traffic, while 19 sections and 2,800 sections of highways and rural roads reopened.

The power supply department dispatched a total of 12,948 personnel and 3,210 vehicles to repair the damaged facilities. Now over 95 percent of households that had lost power have resumed power supply.