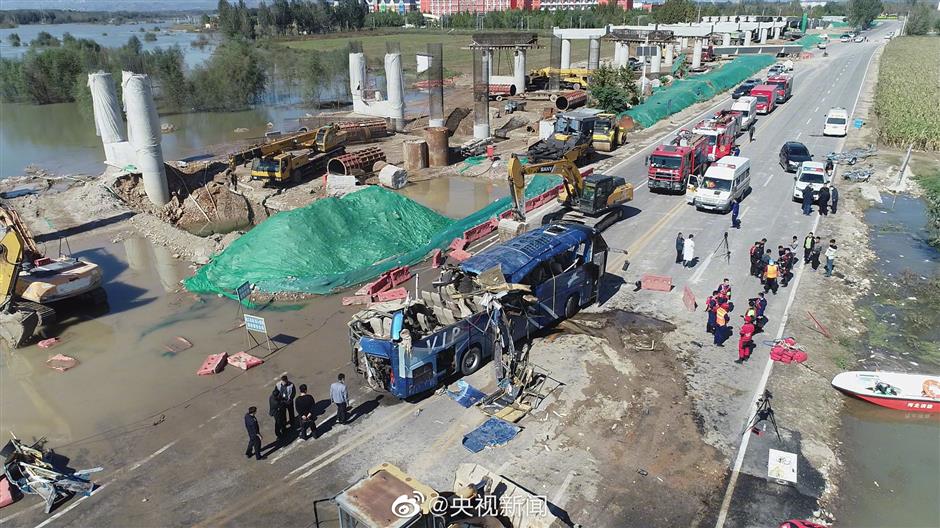 A damaged bus is salvaged after it plunged into a river in north China's Hebei Province on Monday.

Thirteen passengers were killed and one remained missing after a bus plunged into a river in north China's Hebei Province on Monday, according to the provincial emergency management department.

The shuttle bus with 51 people on board fell off a bridge into the Hutuo River in Pingshan County in the provincial capital of Shijiazhuang around 7am on Monday, it said. The bus belonged to Jingye Group, a steel company.

Fifty people have been pulled out of the river, but 13 died after emergency medical treatment failed.

The bus has been salvaged and rescuers are racing against the clock to locate the missing passengers at the site and also in downstream waters.

The Ministry of Public Security has sent a working unit to guide efforts to investigate and handle the incident.

The bus driver is now in custody, and medical response, accident investigation and rescue efforts are underway.

The MPS has urged local public security authorities to make all-out efforts to assist in the rescue efforts and in handling the aftermath of the accident and investigating its cause.