You can hardly escape the recent sweeping impact of Netflix's smash-hit Korean-language show "Squid Game." You might either have binge-watched it or at least stumbled upon a meme or two related to the program on social media.

The show has been on its way to becoming the most-watched show in the platform's history since it premiered on September 17. Products featured in the series have also quickly become hot items. 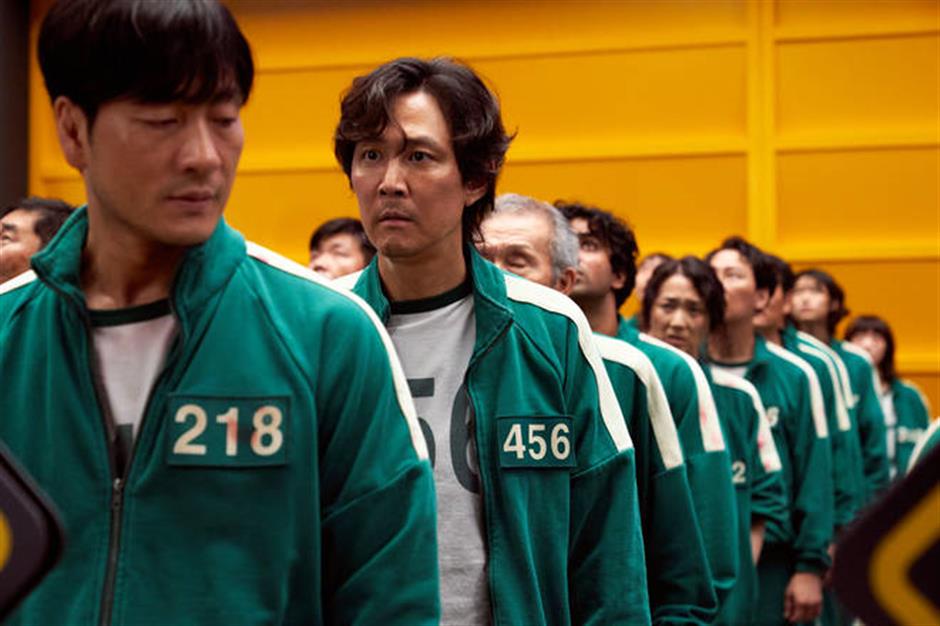 The nine-episode K-drama depicts a thrilling survival game participated by people deeply in debt. The contestants risk their lives competing in six rounds of children's game challenges for the chance of earning a piece of a total prize pie worth 45.6 billion won (US$38 million). 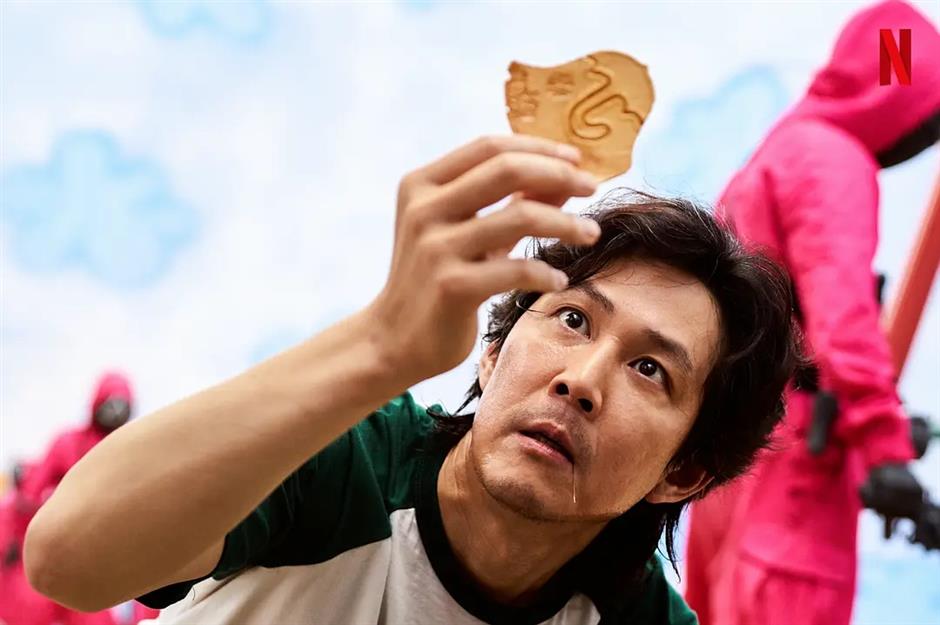 In one particular challenge, the contestants try to cut out shapes including a star and an umbrella from a crisp sugar candy called a dalgona, without cracking it – and those who fail are killed.

Nearly 2,000 search results ranging from crisp candy to bobble-head dolls to sports outfits appear when you type "Squid Game style" on the e-commerce platform Taobao, the Chinese version of eBay. 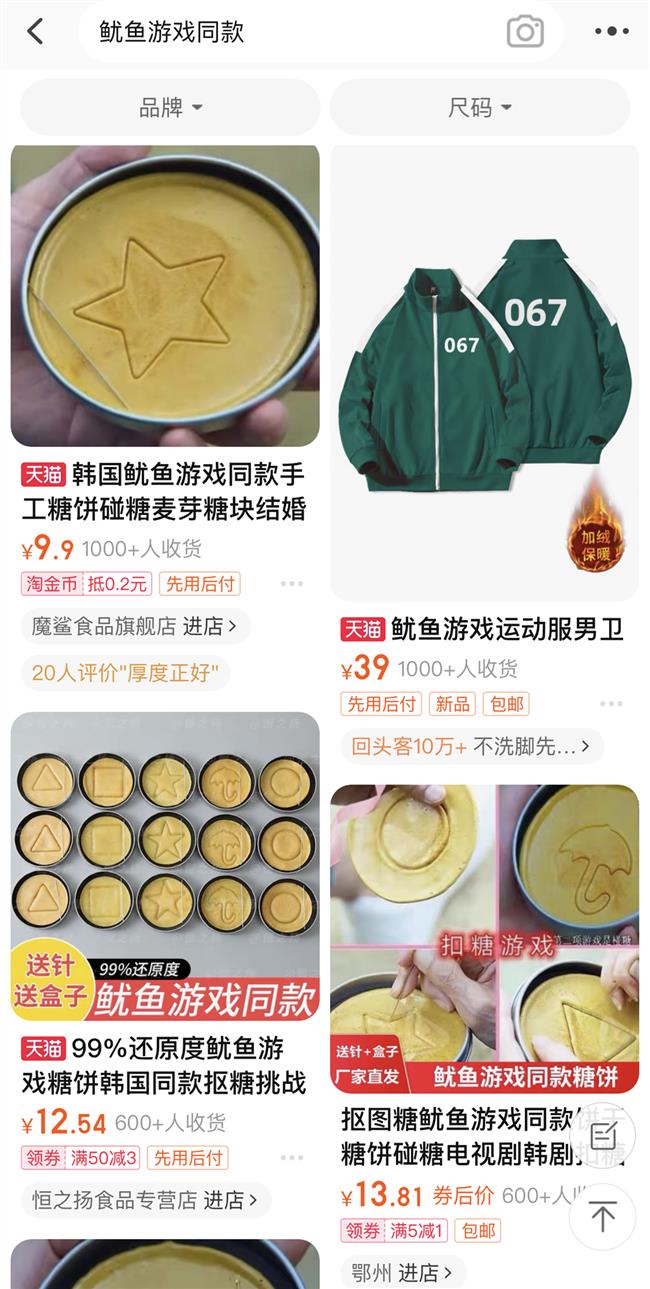 The crisp sugar candy stands out as a bestseller among "Squid Game"-style products.

An online vendor on the platform has sold within a month more than 8,000 servings of crisp sugar candy, or dalgona, priced at 9.9 yuan (US$1.53) each, which was one of the key props in the series. Some vendors sell T-shirts printed with patterns related to the series.

According to Qcc.com, a nationwide business database, words like "squid game," "squid dalgona" have been used in applications for registered trademarks in categories such as education, entertainment and food.

Zhao Hu, a lawyer from Beijing Zhongwen Law Firm, told The Beijing News that although products like crisp sugar candy were copycats, they didn't infringe upon the intellectual property as the making of dalgona is not an invention from the series but rather a folk tradition.

However, business signs identical or similar to the series name are likely to be infringing upon the rights of the TV series' copyright holder without any official authorization, Zhao added.