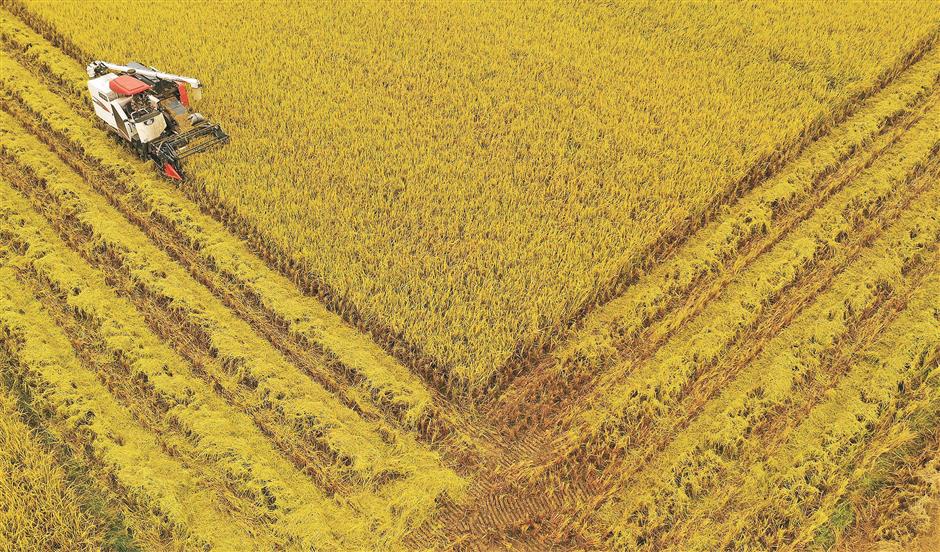 A farmer in the city of Ji'an in Jiangxi Province works in a rice field on October 17. 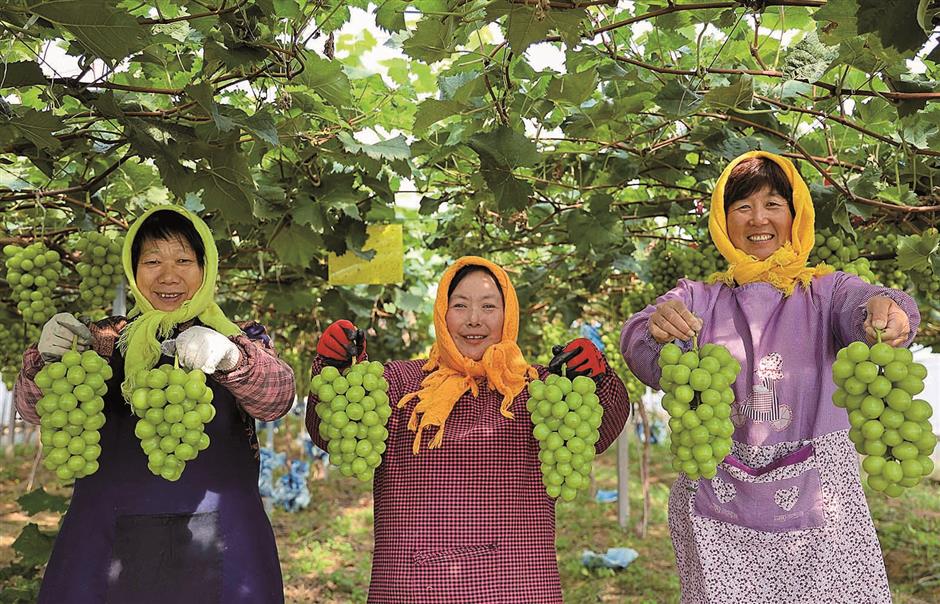 Farmers display ripe grapes in the city of Qingdao's Longgu Village in Shandong Province on October 19. About 1 million kilograms of grapes will be produced in the area this year, sold primarily in supermarkets in Shanghai and Shenzhen. 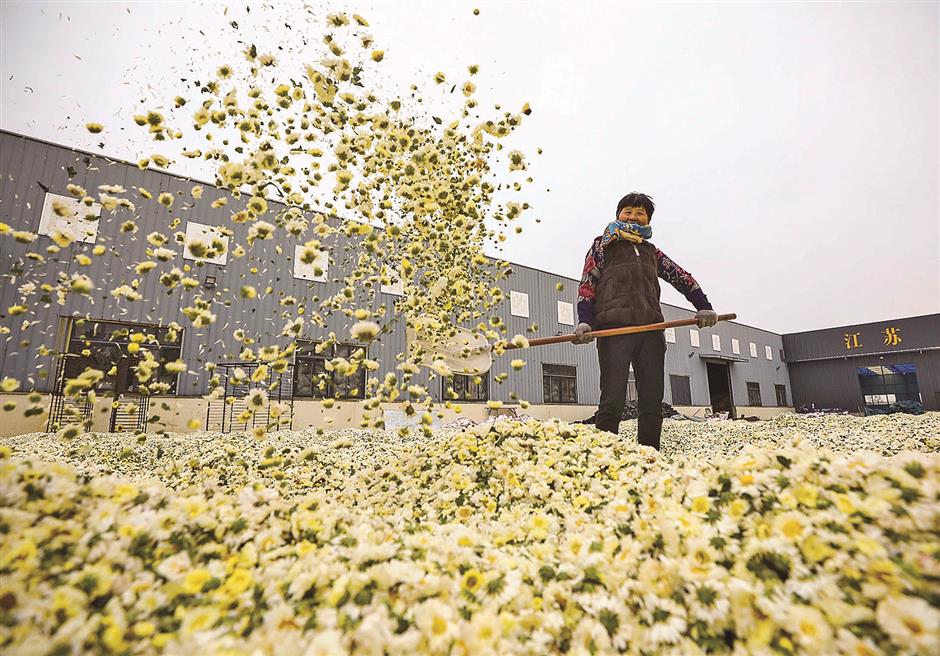 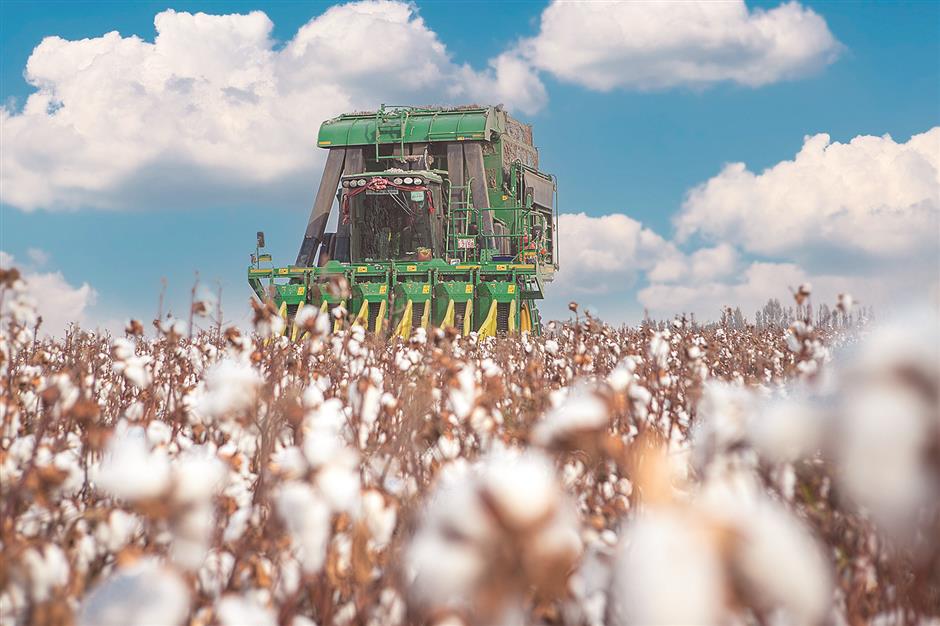 A cotton picking machine in a field in suburban Urumqi, capital of the Xinjiang Autonomous Region, on October 20. The mechanization rate of cotton harvesting in Xinjiang is nearly 75 percent. 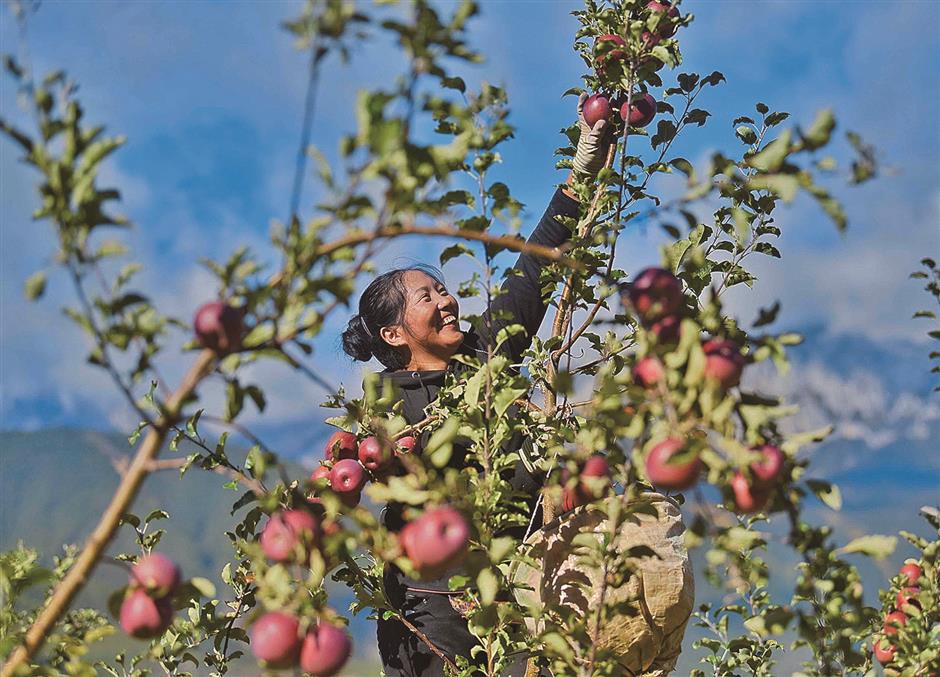 A woman picks apples in the city of Ganzixiang's Qingde Town in Sichuan Province on October 20. Qingde Town has built a modern fruit industrial zone covering more than 6 square kilometers, and its apples have been sold in big cities such as Chengdu and Hangzhou.