Of the new local cases, two were reported in Yunnan and one in Liaoning.

Also reported were 20 new imported cases in six provincial-level regions, according to the commission.

Two new suspected cases arriving from outside the mainland were reported in Shanghai, and no new deaths from COVID-19 were reported on Saturday, it added. 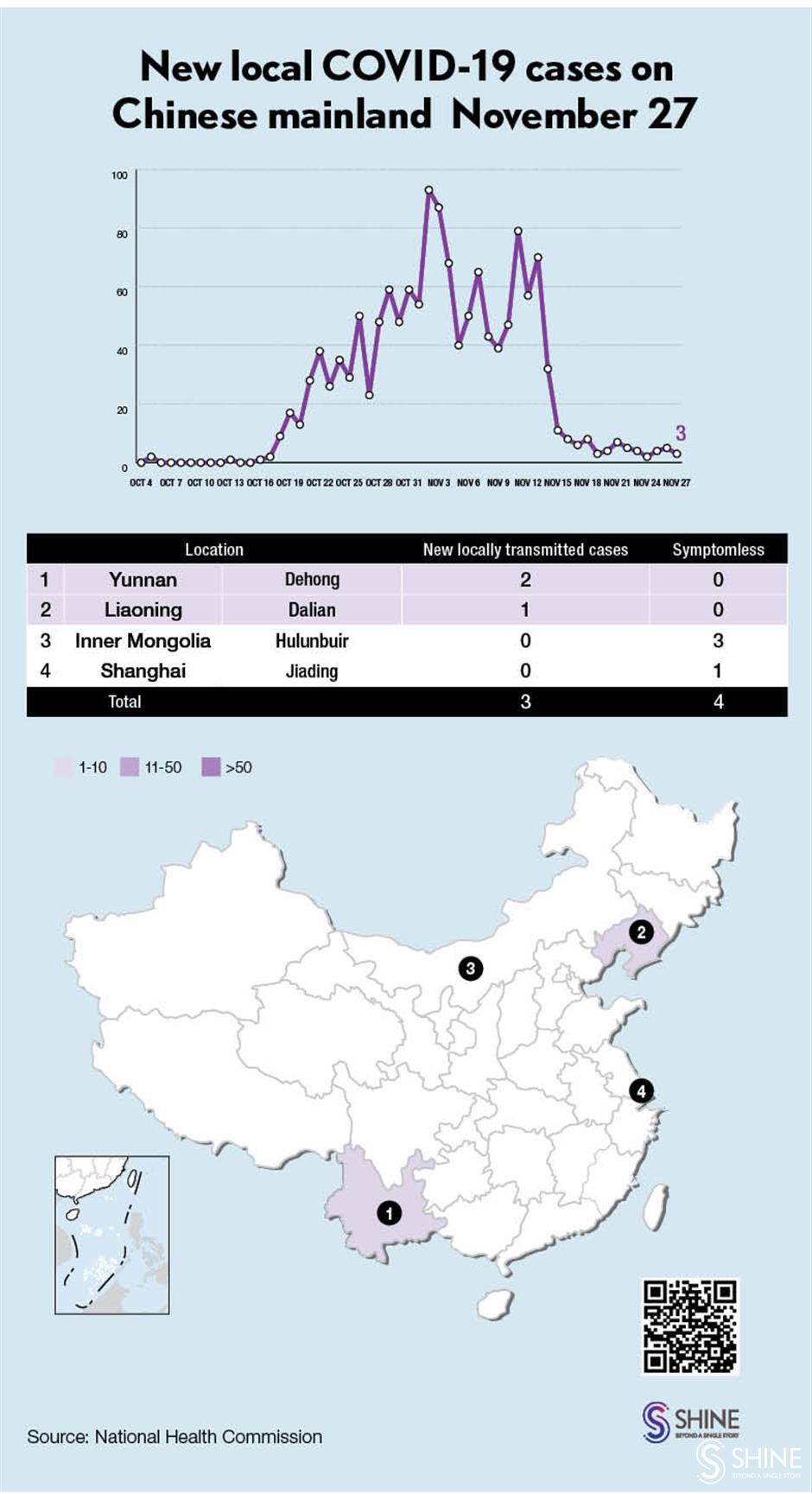