Zhang Kai, a man in his 30s living in Yingkou, northeast China's Liaoning Province, who posts short videos of ordinary rural life under the account name "Zhang Tongxue" has become an Internet sensation. 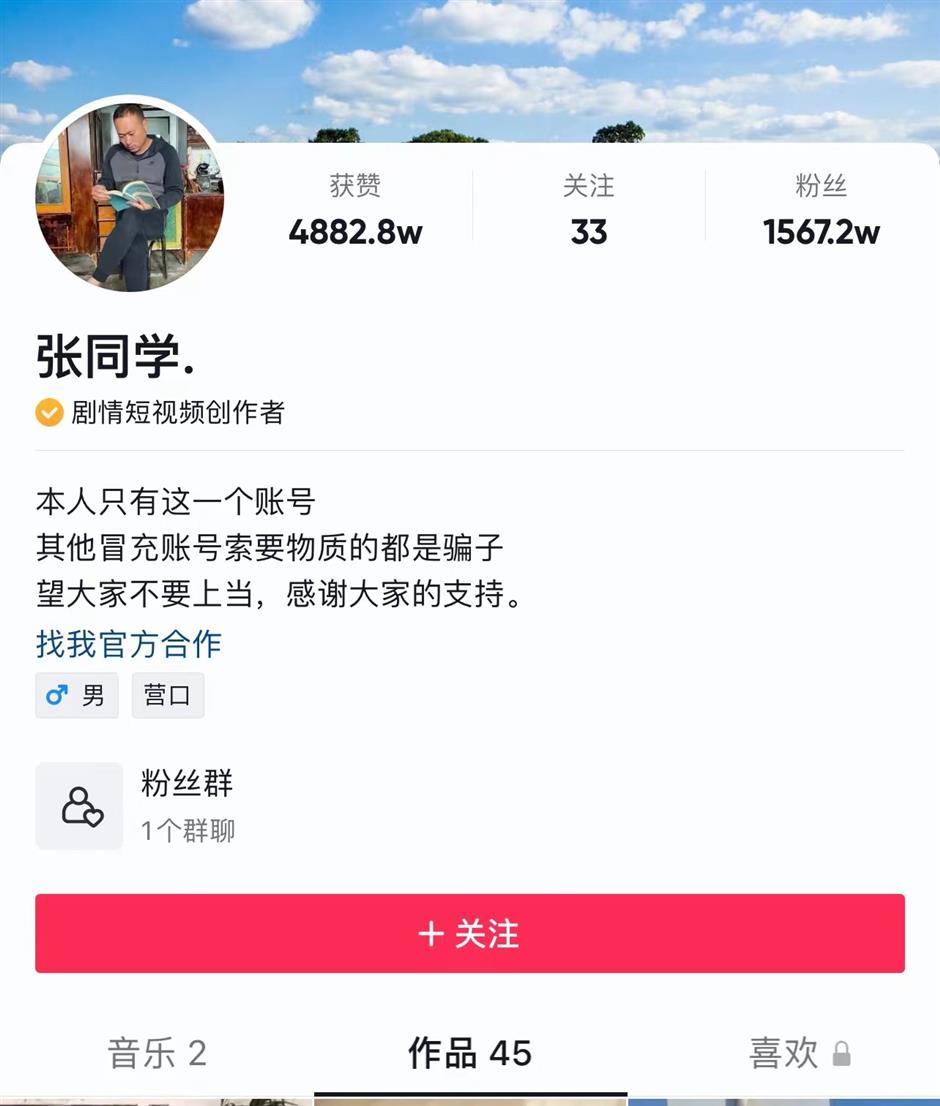 After posting his first video on short video platform Douyin, the Chinese version of TikTok, on October 4, the accumulated 45 videos have attracted more than 15 million followers and won more than 48 million likes.

He also opened his official Weibo account on December 11 where his first video reached view counts of more than 11 million in just one day.

Getting up, cooking a meal, feeding a chicken, washing clothes ... a kind of simple and realistic style, many netizens compared his "rustic" videos with Chinese rural lifestyle YouTuber Li Ziqi, some even called him "rough version of Li Ziqi."

In reply, Zhang said Li Ziqi photographed a kind of beautiful pastoral life, the life that others yearn for.

"Though my house in the video is a bit dilapidated, the content is almost all real things happening around me." he told CCTV. 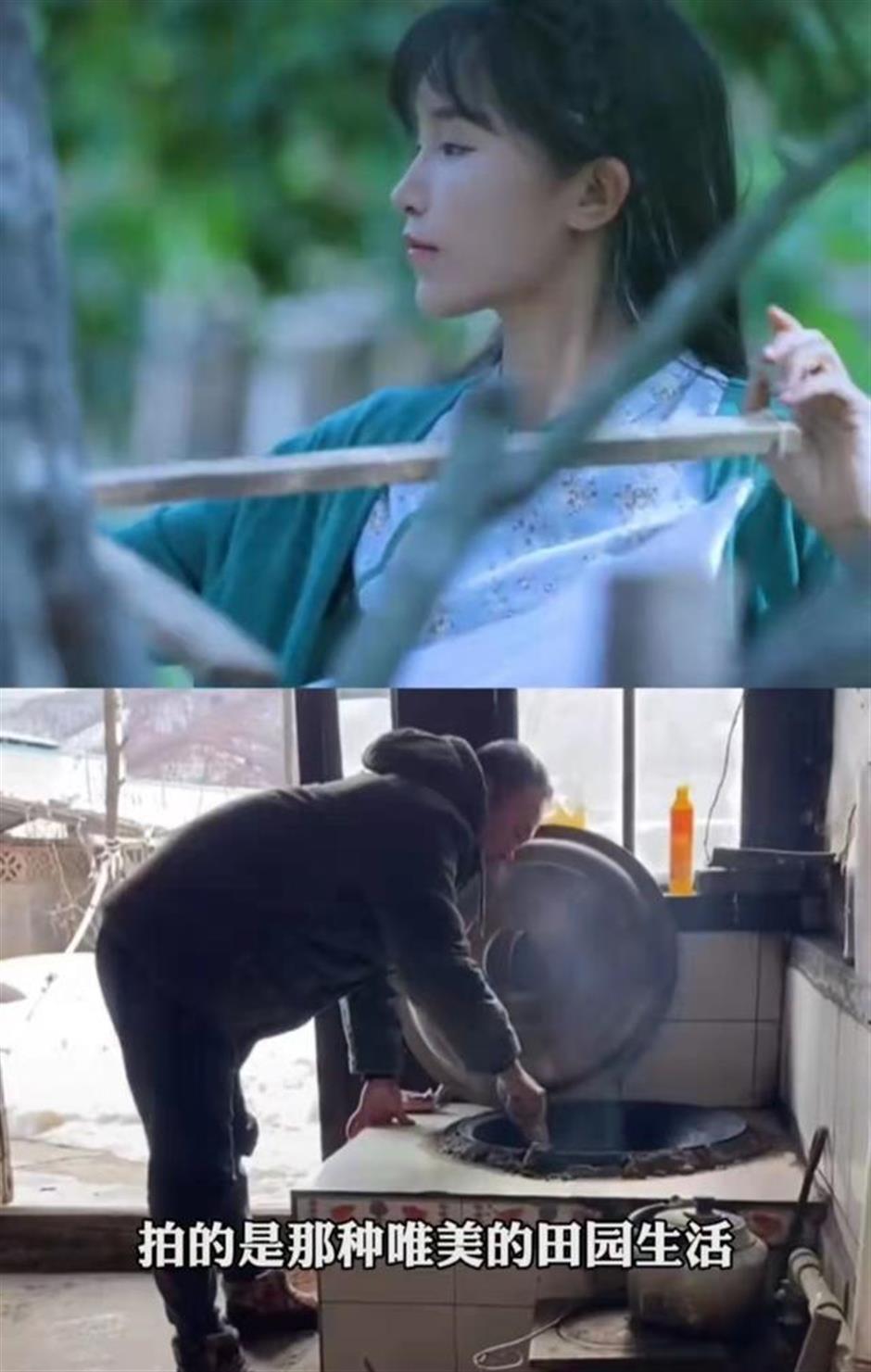 Li Ziqi (above) and Zhang Tongxue.

Some people said that his videos depicted the real countryside, while others felt that he deliberately displayed the image of a relatively backward rural area, which is no longer true to life.

The no-filter country life is simple, but the production of the videos appears to be professional including many shooting scenes and fast screen transitions, which have made people question that the series of videos were produced by a multi-person team.

There were even rumors Zhang is a postgraduate of a directing major.

However, Zhang told Liaoshen Evening News that he had only studied for eight years in school, dropping out during junior high school. Without professional study, Zhang tried to find inspiration and study lens switching through watching movies. 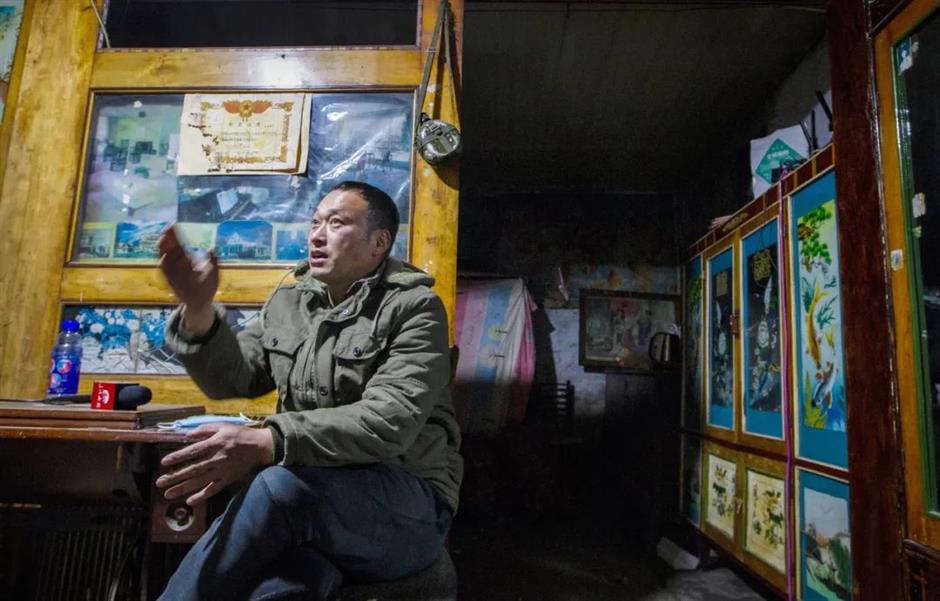 The old house in the videos had been owned by grandpa and had been idle for years. After simple decoration such as posters from the 1980s, and placing some animals like dogs, cats and chickens, it became Zhang's filming base.

"In terms of shooting and editing, it is mainly finished by myself," Zhang said. "It usually takes me an average of 9 hours to produce a video."

Zhang's videos have won many likes from netizens.

The original intention of making the short videos was to help local villagers sell agricultural products as he always saw them struggling to sell fruit by the roadside.

He said that if he was capable, he wanted to do something for his hometown.

The details, together with the infectious background music, have led to the popularity of his videos.

However, some dangerous operations in his videos also caught the attention of firefighters and police authorities.

A pink power strip which is widely used in his videos can be seen with several pieces of tape on it, and one of the sockets has obviously turned black. 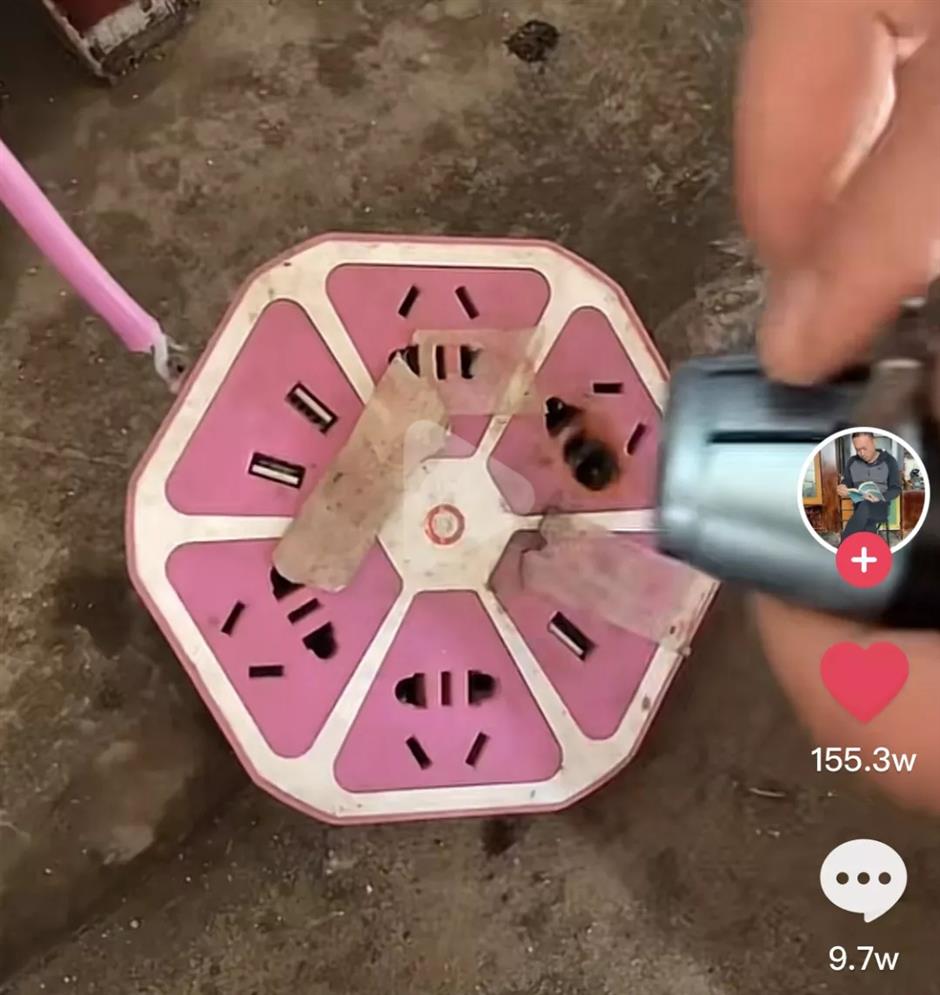 The fire department notified Zhang that the blackened power strip was "over-aged," and there is a double risk of fire and electric shock. They asked him to stop using it immediately.

The Traffic Administration Bureau of the Ministry of Public Security also listed some traffic violations in his videos such as carrying passengers in an agricultural tricycle and riding a motorcycle without wearing a helmet.

Zhang rides a motorcycle without wearing a helmet.

Zhang posted a video on Saturday in which supervisors from the local fire rescue detachment came to his home to help him check fire safety hazards.

They also led Zhang to the small shop at the entrance of the village where a certified power strip was purchased. 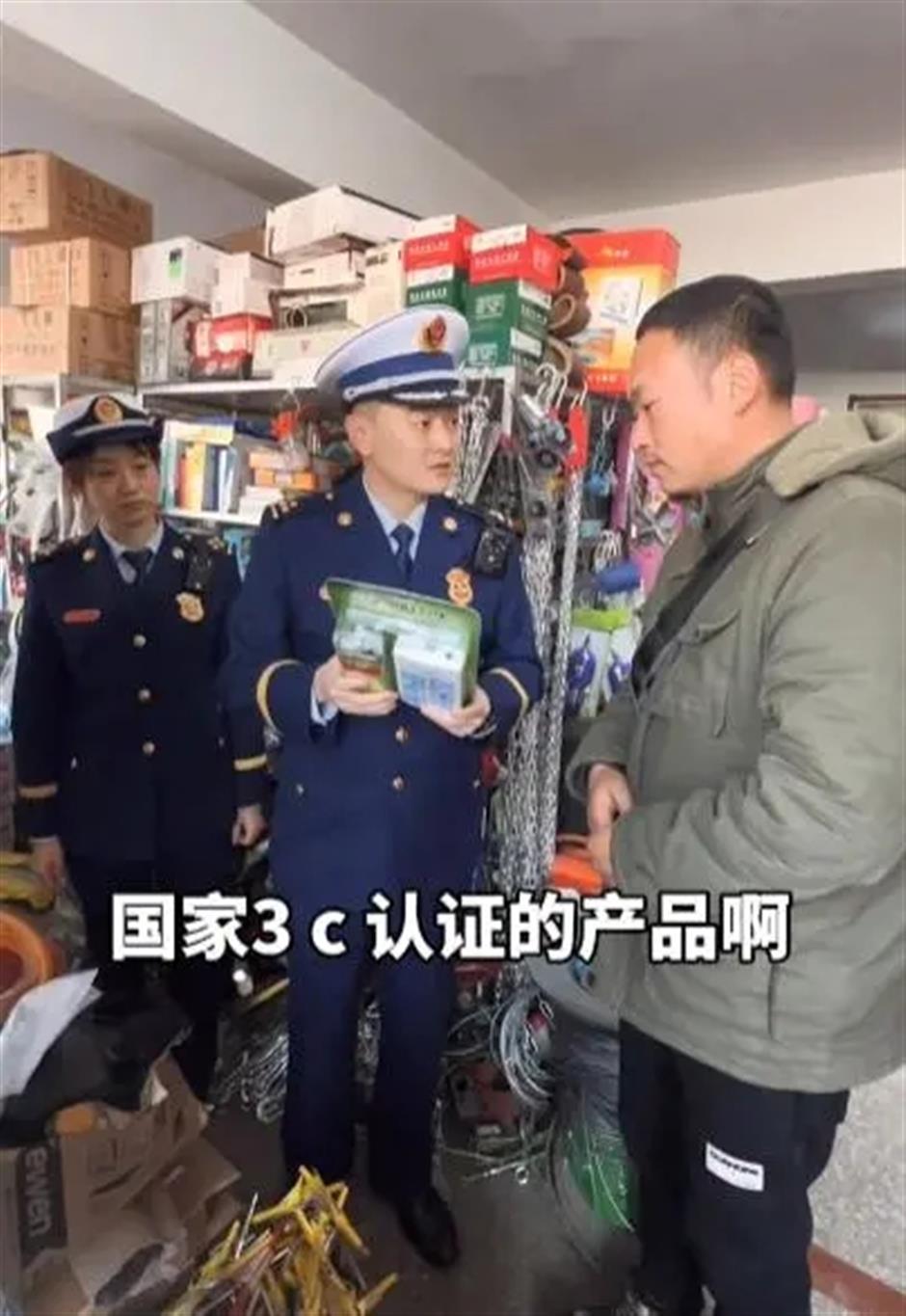 At the end of the video, Zhang threw away his old power strip and replaced it with safe product. He and the supervisors once again reminded audience to pay attention to fire safety. 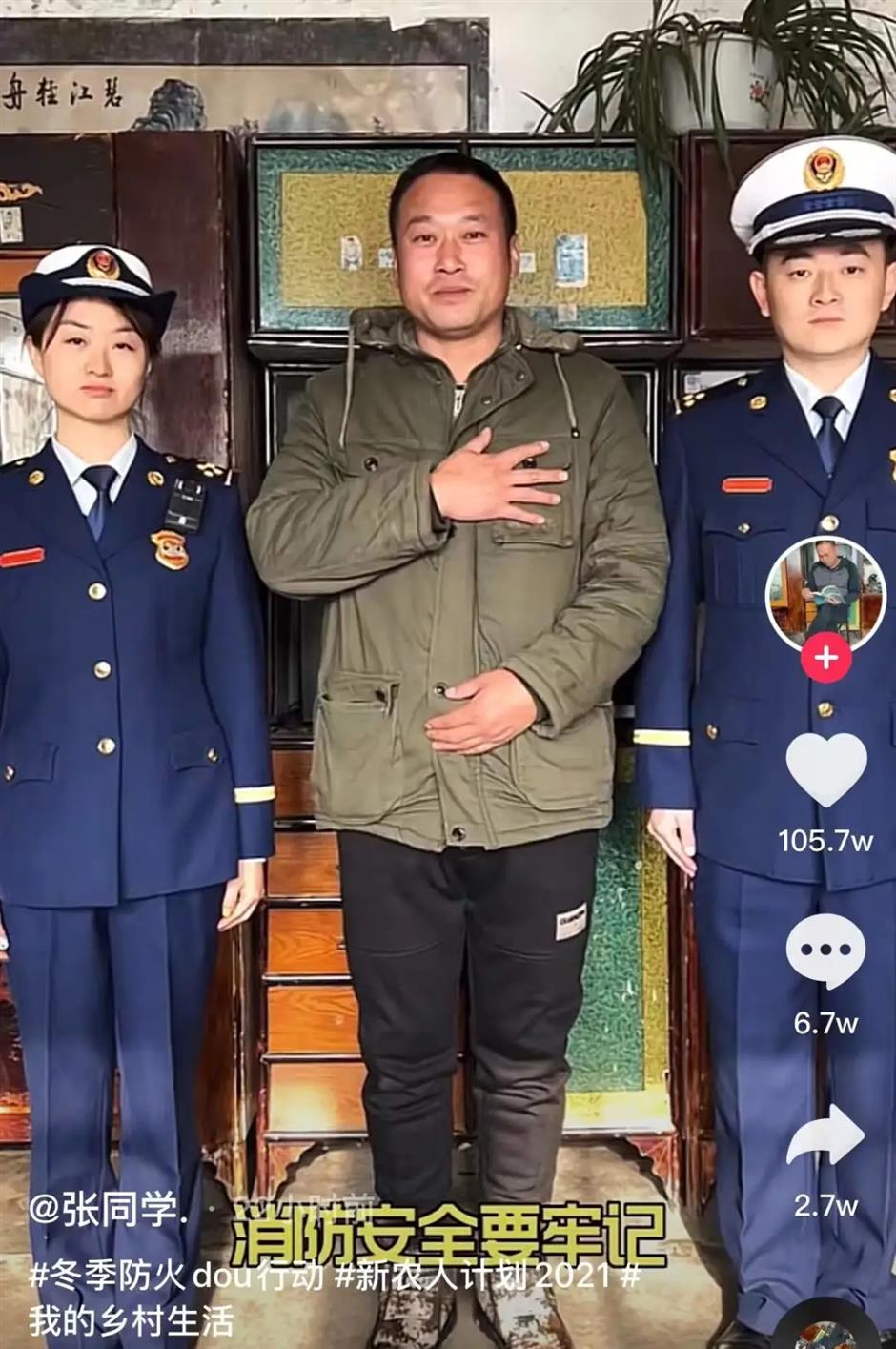 A video of Zhang that promotes fire safety.

The video has so far won more than 1 million likes and over 70,000 comments.

Many netizens applauded: "This kind of video is full of positive energy, and it is worth promoting nationwide."