Sales of dairy brands from the Xinjiang Uygur Autonomous Region skyrocketed over 200 percent compared to the previous three quarters during the Double-11 Shopping Festival in 2021, according to data released by Alibaba's Tmall marketplace.

Numerous food reviewers on Chinese social media such as the Twitter-like Weibo and the lifestyle platform Red said that milk and dairy brands such as Maiquer, Garden, Terun, and Xiyuchun tasted very rich and creamy, especially when heated.

Competition among dairy products can be quite fierce for Xinjiang's major dairy product companies because a lot of pastures happen to be located within the World Golden Milk Source Belt between latitudes of about 40-50 degrees north. The climate in that region is conducive to the growth of juicy, fresh foraging grass.

Why have consumers from other parts of China just learned about the existence of dairy products from Xinjiang in recent years?

One of the reasons is the operation of the Lanzhou-Xinjiang high-speed railway. The 1,786-kilometer high-speed rail line began operation in 2014, connecting Lanzhou, the provincial capital of Gansu Province, and Xinjiang's capital city of Urumqi. It shortened the time from the 16-hour journey of the slower Lanzhou-Xinjiang Railway to just 9 hours. 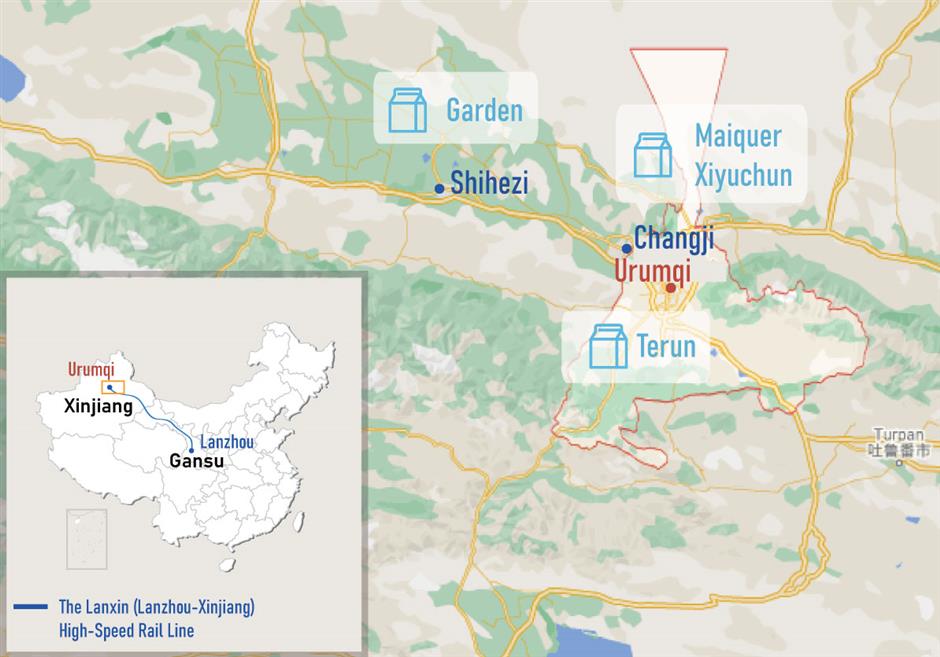 The Lanzhou-Xinjiang high-speed railway and the locations of some big dairy product companies.

It would take about 10 days before the dairy products reached the shelves of local stores and supermarkets in other parts of China that are far from Xinjiang.

Another reason for dairy's sudden popularity is travel vloggers' promotions of the dairy products in Xinjiang aimed at youth on social media, which then facilitates local milk product companies' cooperation with e-commerce giants such as Alibaba's online marketplace Tmall. 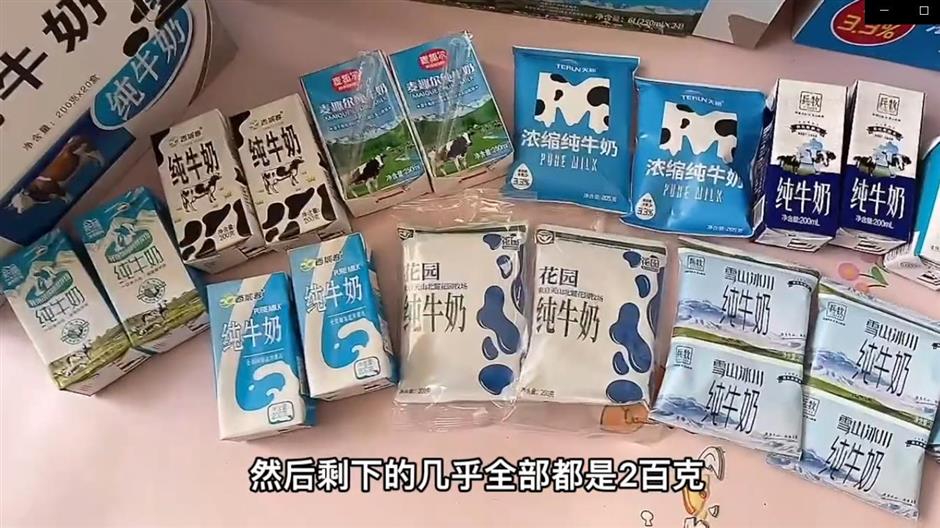 Wei Xinpu, general manager of Xinjiang Xiyuchun Dairy Co., said with the cooperation with Tmall, the company's products' sales have increased by 40 percent compared to the previous three quarters, and it's likely that the sales increase will reach 60 percent in the near future.

Gao Xin, one official in charge of Xinjiang dairy products with Tmall, said Tmall's distribution and logistics system has enabled them to make same-day deliveries of dairy products to over 200 China's cities. 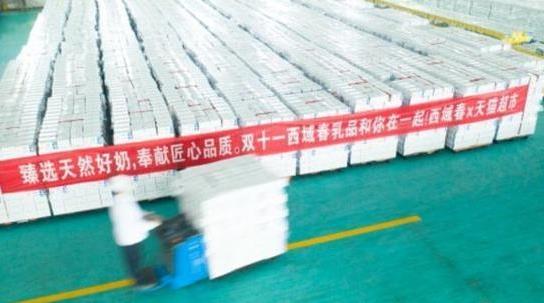 In a recent cold-chain development plan released by the State Council, it was mentioned that a cold-chain distribution network in China would cover remote villages and connect to major domestic and international cold-chain logistics networks by 2025.