The abduction of women and workplace gender equality are among hot-button women's issues discussed during the Fifth Session of the 13th National People's Congress.

Jiang Shengnan, a NPC deputy, a screenwriter and researcher at Wenzhou University, suggested heavier penalties for both the "buyer" and "seller" of abducted women as punishing buyers alone is an insufficient deterrent.

As for women who have been "bought" and then married, Jiang said marital relations should be dissolved automatically and any offspring should no longer be responsible for supporting the father.

According to China's criminal law, the "buyer" faces up to three years' imprisonment, which is relatively light in Jiang's opinion.

She also thinks that after being rescued, abducted women, should reside far away from where they were sold. 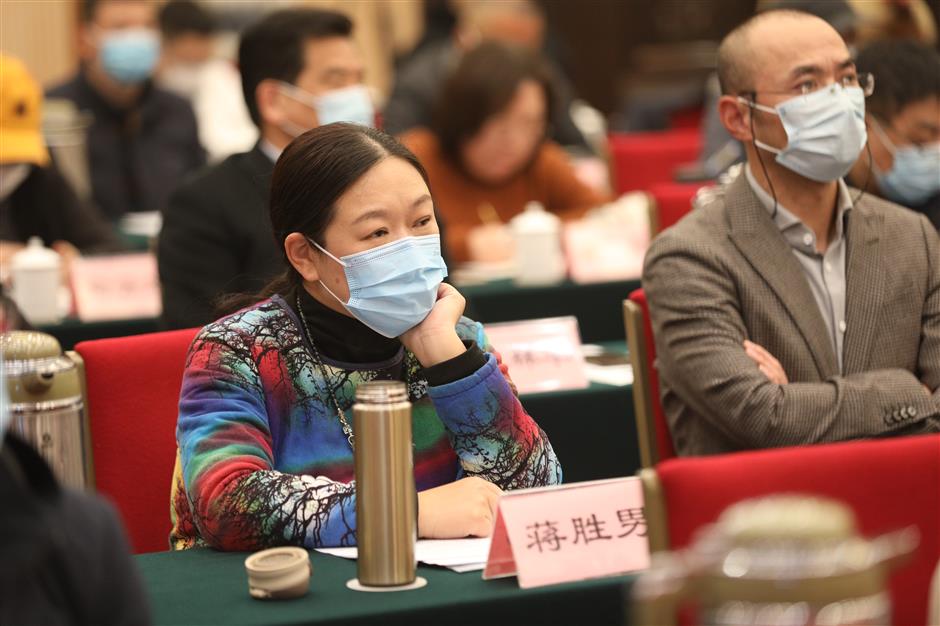 Another NPC deputy Pan Yue, professor at Xiamen University's School of Economics, also made suggestions on this issue.

She called for legal provisions to ensure that government officials, village cadres or medical staff alert the police as soon as they learn of such cases and be held legally responsible for failure to do so.

"As most trafficked women are victims of violence and threats, they are not in a position to save themselves," Pan told People's Daily in an interview.

China's Supreme People's Court, in its work report submitted to the ongoing session of the NPC for deliberation on Tuesday, pledged severe punishment for crimes related to women and children.

According to the report, people who buy abducted women or children, refuse to rescue victims or prevent others from doing so will be severely punished, possibly even given death sentences.

Another proposal made by Jiang "requiring men to take parental leave for 30 to 42 days" has triggered heated discussions on Weibo.

Although she acknowledges that relevant support measures of the three-child policy extend both maternity and paternity leave, which are 158 days and 15 days in major domestic cities, respectively.

The current measures primarily focus on giving women more time off, which can adversely affect their employment.

Based on the 42-day postnatal period for women, Jiang's suggestion aims to increase men's engagement in raising children and spending more time with their families.