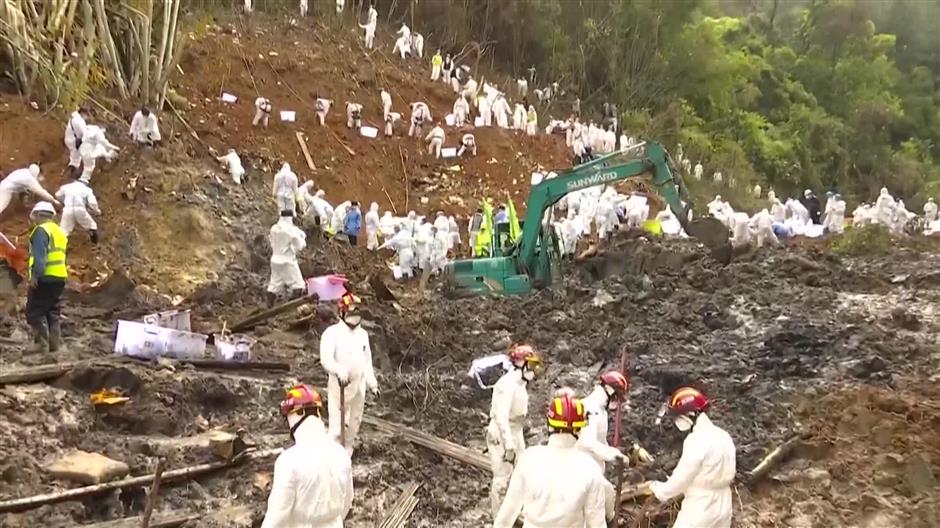 Rescuers have expanded the search for the crash victims as well as the flying data recorder of the Flight MU5735.

No emergency code was sent from the ill-fated China Eastern Flight MU5735 that crashed in mountains in south China on Monday, an official of the carrier said on Friday.

The pilots had been communicating normally before the Boeing 737-800 aircraft, with 123 passengers and nine crew members on board, lost contact with air traffic control, Liu Xiaodong, director of the publicity department of China Eastern, revealed.

Liu made the announcement at the fifth press briefing of the accident to refute online claims that the 7500 emergency code, referring to hijacking, was transmitted before the plane crashed.

Mao Yanfeng, an investigation official with the Civil Aviation Administration of China, has also said the communication between the pilots and the air controllers was normal since the flight took off from Kunming, southwestern Yunnan Province. The role of the weather in the crash has also been ruled out.

The flight was en route from Kunming to Guangzhou in southern Guangdong Province when it crashed in Tengxian County of Wuzhou City in the Guangxi Zhuang Autonomous Region on Monday afternoon.

Investigators are making plans to dig at the crash site to search for the flying data recorder of the plane, said Zhu Tao, director of the safety office of the CAAC.

The cockpit voice recorder, which was found on Wednesday, is being restored and downloaded at the CAAC laboratory in Beijing, informed Mao.

Since the recorder had been severely damaged, it is still unclear when the data downloading and analyzing will be completed, he added.

Mao noted that the lab might have to send the storage chip of the recorder to the manufacturer, United States-based Honeywell Corp, which would take a longer time. 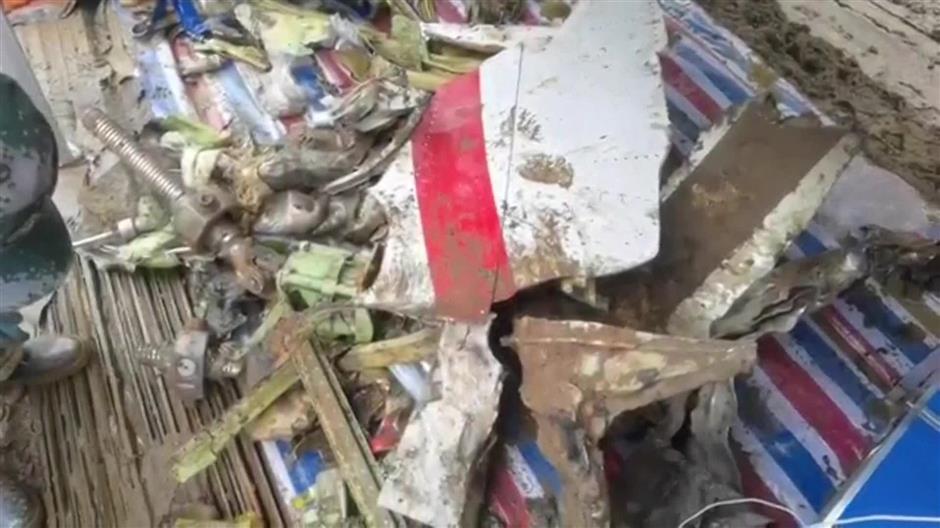 More aircraft debris and items belonging to victims have been found at the accident site.

More aircraft debris and human body remains have been found at the accident site.

The engine gearbox and the main undercarriage of the plane have been discovered in the core accident area, Mao revealed, adding that investigators are inspecting whether it was the left or right landing gear.

Meanwhile, 18 items with fingerprints on them and 101 items belonging to the victims had been found as of 3pm on Friday, said Lao Gaojin, vice mayor of Wuzhou City and director of the Wuzhou Public Security Bureau.

Identity verification and DNA testing of the victims have begun, he remarked, adding that a total of 236 police officers and criminal experts in 34 teams are investigating the biological features and physical evidences.

A total of 2,248 rescuers, along with some 180 special vehicles, have been taking part in the search and rescue mission. The search area has been expanded to nearly 200,000 square meters, Lao stated.

Many nearby villagers are voluntarily transporting materials and food to the rescuers on motorcycles to support the rescue mission, he noted. One of the key pieces of aircraft debris, about 1.3 meters long and 10 centimeters wide, was also found by villagers.

A total of 375 family members and relatives of the victims have been taken to the crash site, with more than 500 psychological counseling sessions offered for them, according to CAAC's Zhu.

Liu said that China Eastern had submitted the full name list of the passengers to investigators and contacted the relatives of all victims within a day after the accident. 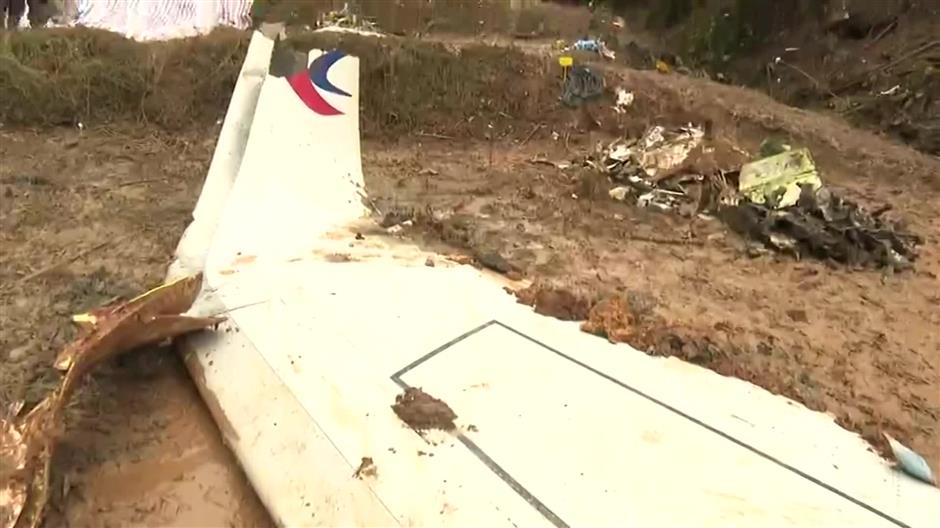