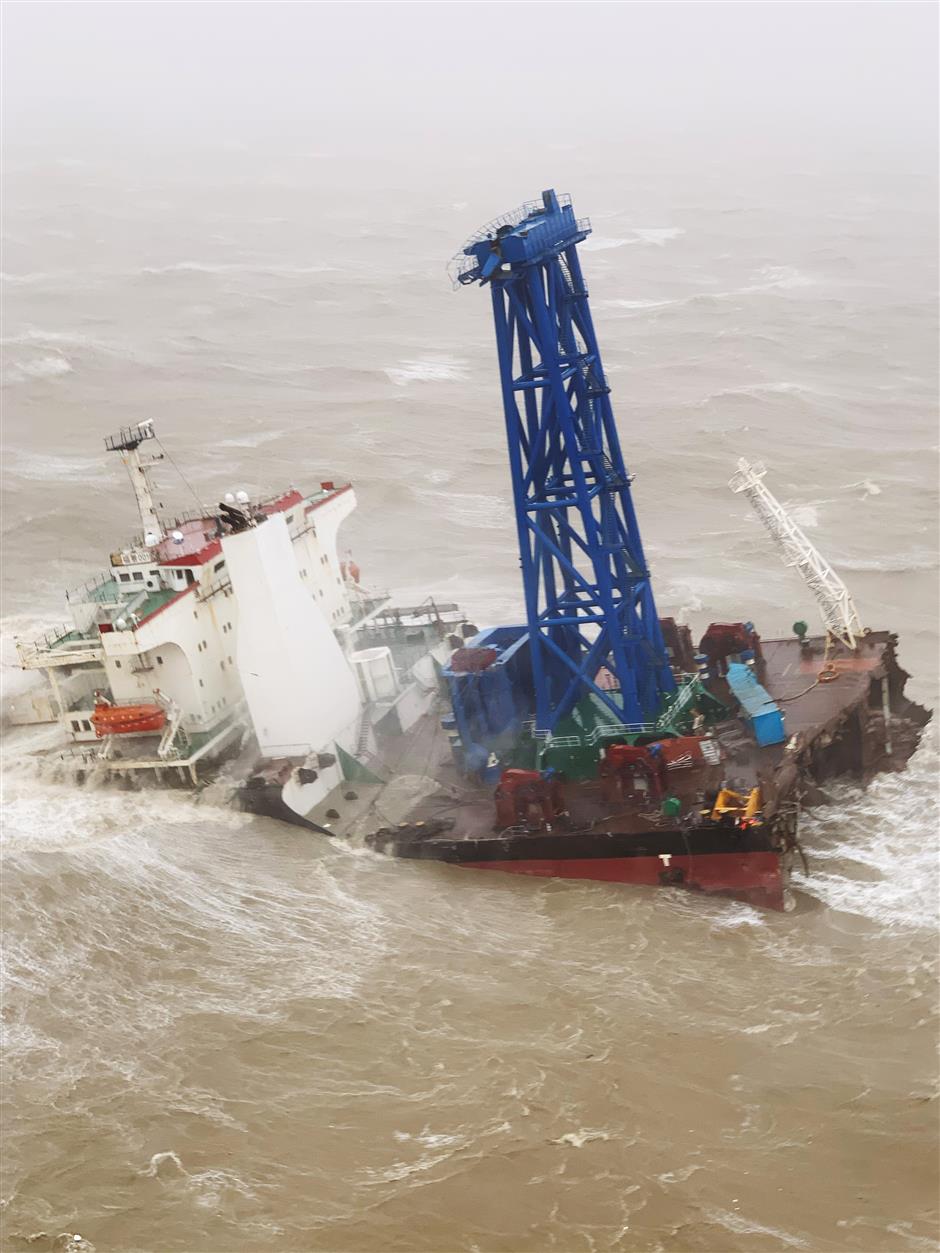 A handout photo made available by Hong Kong's Government Flying Service (GFS) shows the Fujing 001 vessel adrift after snapping in two off the coast of Hong Kong, China, last Saturday.

Twelve bodies have been found following a shipwreck in the South China Sea over the weekend that left the crew of 30 missing, Chinese authorities said Monday.

The announcement came days after an engineering vessel 160 nautical miles (296 kilometres) southwest of Hong Kong suffered substantial damage and broke into two pieces during a typhoon.

"As of 3:30pm on July 4, rescue forces found and recovered 12 bodies, suspected to be of victims who drowned, in an area around 50 nautical miles southwest of the site where the vessel sank," said the Guangdong Maritime Search and Rescue Center in a notice on Monday.

"The relevant departments are stepping up identity confirmation work," the notice added.

Three people had been rescued on Saturday and one more in the early hours of Monday, according to Chinese state media, leaving 26 more people still unaccounted for.

Dramatic footage provided by Hong Kong authorities earlier showed a person being airlifted onto a helicopter while waves crashed over the deck of the semi-submerged ship below.

Typhoon Chaba formed in the central part of the South China Sea and on Saturday afternoon made landfall in southern China's Guangdong province.

Rescuers in Hong Kong were notified of the incident at 7:25am local time and found the ship near Chaba's centre, where harsh weather conditions and nearby wind farms made the operation "more difficult and dangerous".

Currently, seven planes, 246 boats and 498 fishing vessels have been dispatched to search for the remaining missing persons, the Monday statement said.