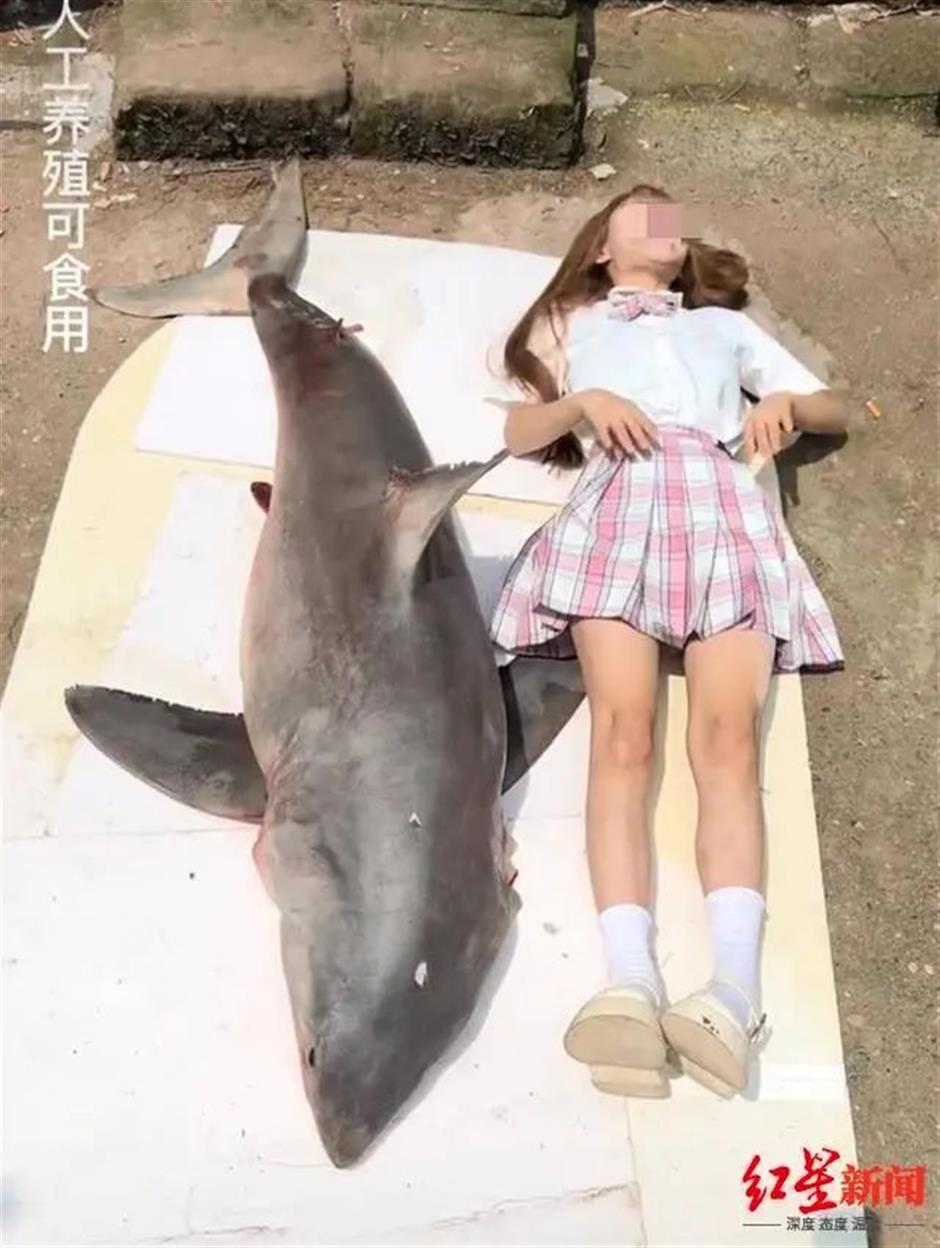 A video screenshot shows an Internet influencer known as Tizi and the shark she claims to have cooked.

Police have launched an investigation into a case in which an Internet celebrity in Nanchong in the southwestern province of Sichuan shared a video of cooking and eating a shark believed to be a protected species.

After identification, police said on July 31 that the shark in the video was confirmed as the endangered "Carcharodon carcharias," also known as a Great White, Red Star News reported.

In the video, the influencer, a Chinese food vlogger known as Tizi, opened a package containing a huge shark at the entrance of a seafood supermarket, attracting many onlookers.

The shark was taken to the house of Tizi's uncle in the countryside, where it was cut up. Tizi fired up a large pot outdoors and used a lot of spices.

The tail was grilled and the body was sprinkled with red seasoning.

The subtitles said the shark was "edible," but web users doubting her claim after the video went viral online.

Some said the shark is an internationally endangered "Carcharodon carcharias," which is a second-class national protected animal.

The owner of the seafood supermarket in the video told Cover News that the shark was not sold in his store, but was brought in by the blogger who used the venue as a backdrop for her video.

Asked how the shark was acquired on July 15, Tizi said she had repeatedly confirmed with the seller that the source of the shark is legal.

The relevant videos are no longer available on her account.

An official from the local agriculture and rural affairs bureau told Cover News on Monday that Tizi bought the shark online, which came from a coastal area in Fujian Province.

Relevant personnel have been detained by police and further investigation is ongoing.

"We are contacting the relevant judicial inspection department to determine whether the Great White shark is a juvenile or an adult and assess its value, which will decide the final outcome of the case," the official said.