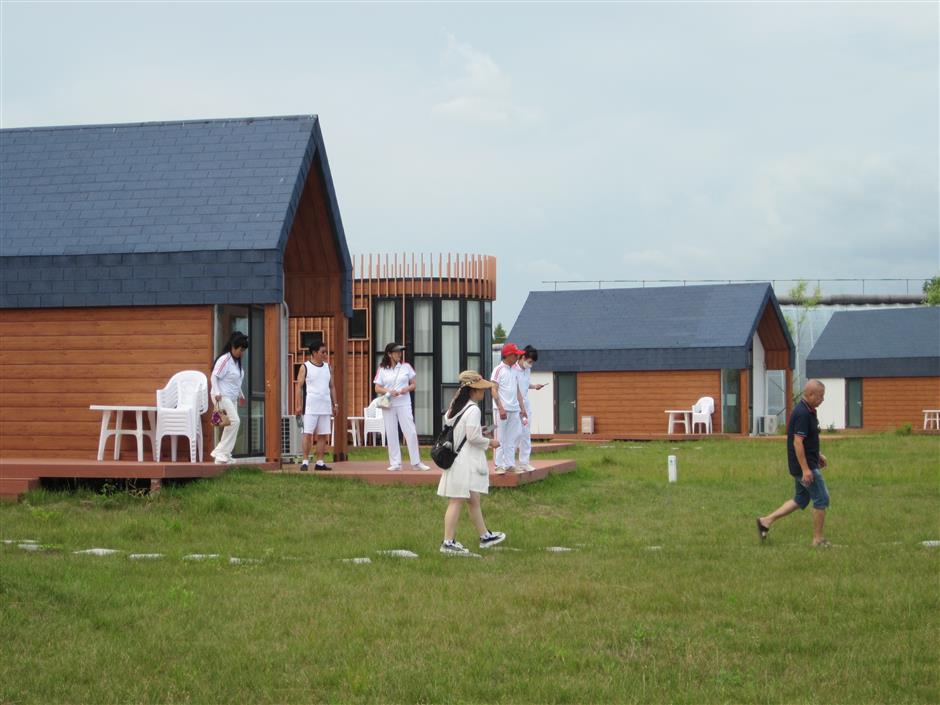 Rows of RVs were parked neatly in the city of Heihe in northeast China's Heilongjiang Province, while groups of tourists drank tea, chatted, and prepared food under the rain tarp beside their RVs.

As many parts of China have entered the "hot weather mode" in summer days, cities in the country's northernmost province have seen a tourism boom.

The lowest summer temperature in Heihe, located on the border between China and Russia, is below 20 degrees Celsius, and many tourists from all over the country have chosen to spend the summer here in the form of "RV tour."

"The city is clean, and it's very convenient to buy food in the morning market. It is very comfortable for living. I plan to stay for a few more days," said Ji Guifeng, a tourist from Tianjin Municipality.

"We have planned parking lots for RV tourists, providing them with services such as water and electricity," said Li Liyan with the city's tourism bureau.

Xingkai Lake in the southeast of Heilongjiang is the largest freshwater lake in northeast China, with a total area of 4,380 square kilometers. Tourists have flocked to play in the waves and sunbathe on the beach.

"I particularly brought my kids here for the summer holiday. The view is pleasant, and the lake fish tasted very good," said a tourist Li Xiaoyuan.

Located in the northernmost part of the province, Mohe City boasts a comfortable daily temperature of 18 degrees Celsius.

Entering summer, the "ice city" Harbin, the capital of Heilongjiang, also ushered in the tourist season. Entering July, the Harbin airport achieved a daily passenger flow of more than 45,000. On July 30, the single-day passenger throughput exceeded 50,000, and half of them were tourists who mainly flew from southern China.