Why are the 6 areas around Taiwan Island selected for military exercises?

The exercises began at 12pm on Thursday and will end at 12pm on Sunday.

A J-11 fighter jet takes off from an undisclosed airfield on August 3. The Chinese People's Liberation Army Eastern Theater Command is conducting realistic combat-oriented joint exercises in the sea and air space around Taiwan.

Why the exercises began on August 4?

The PLA Eastern Theater Command is conducting long-range, live-fire drills in the Taiwan Strait and conventional missile tests in the waters off the eastern coast of the island.

According to international conventions, the exercise area should be announced three days in advance ― and at least 24 hours in advance for emergency cases ― Zhang Junshe, a senior researcher at the PLA's Naval Research Academy, told the Global Times on Wednesday.

"This is mainly for Chinese and foreign ships in the exercise area to have enough time to evacuate. Moreover, civil aircraft flying over the exercise area also need time to adjust their routes to ensure civilians are not injured by live fire in the area," Zhang said.

What are the 6 areas?

"The exercises approaching Taiwan are unprecedented in their aspects of actual combat, strategy and influence," Zhang added. 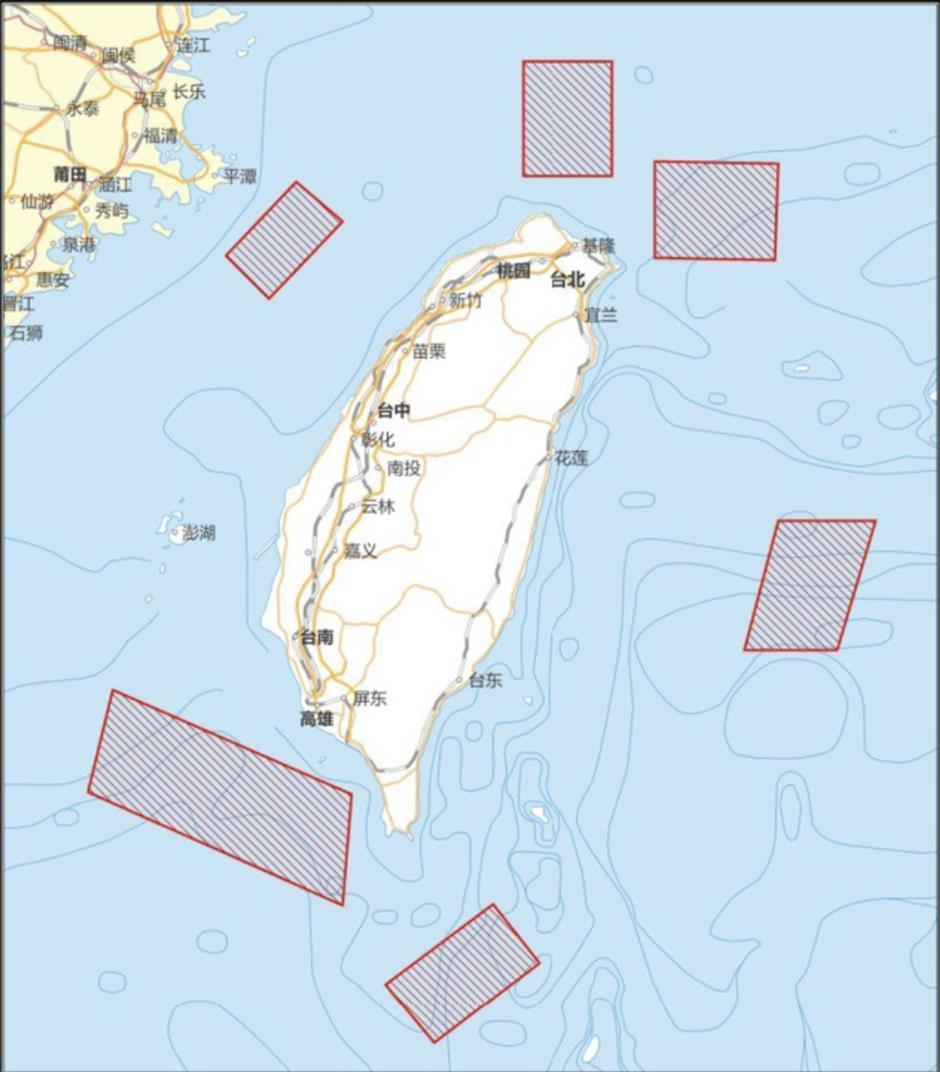 Locations of the military exercises

The west-northwest exercise area is located along Pingtan Island – the narrowest point in the Taiwan Strait. The PLA can close off the northern mouth of the Strait by deploying troops there. Two areas in the northern coastal waters of Taiwan can directly lock down the Port of Keelung.

"The geographical distribution of the exercise areas puts Taiwan under siege, blocking the retreat and keeping it trapped inside," Zhang said.

Zhang said five of the drill zones are to the east of the so-called Taiwan Strait median line. The exercises will clamp down and cast a deterrent effect over secessionist attempts by "Taiwan independence" and external interfering forces.

"One of the goals of the military exercises is to deter outside interference. The northern exercise areas are adjacent to the Okinawa region in Japan while the southern area is near the Bashi Channel," Zhang said.

Meanwhile, the United States Navy's Ronald Reagan aircraft carrier sailing in the western Pacific has retreated from eastern waters off Taiwan to the eastern part of the Philippine Sea, more than 1,000 kilometers away from the island.